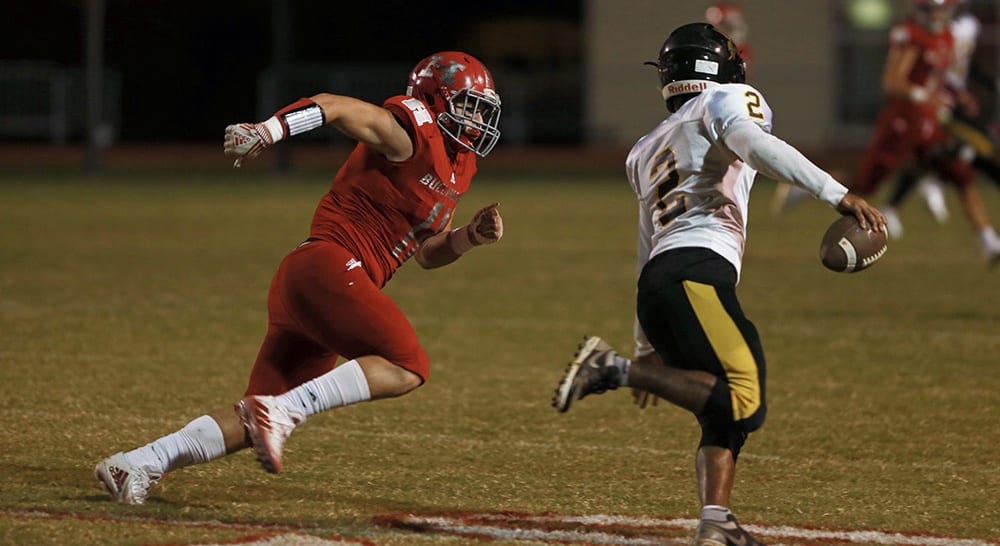 Brotherton’s Bucs were a heavy favorite against the Class 1A Arcadia Hornets Friday night. But they still had to go out and take care of business for it to be a happy homecoming at Harold E. Harlan Stadium.

“The starters did what the were supposed to do,” Brotherton said. “We got a lot of young kids a chance to play. A lot of our seniors who don’t get to play a lot, they all got to play.

“It was a good, clean game. Sometimes games like that can get kind of sloppy and have a lot of penalties and turnovers and stuff like that. That didn’t happen tonight. It was a good clean game on both sides. Lot of kids got in there and got to play a little bit.”

Haughton’s offensive starters played only the first three series, all of which resulted in touchdowns, in the first quarter.

The defensive starters stayed in for most of the first half. Haughton has allowed only one touchdown in its last three games, including two shutouts.

Gage East had three catches for 75 yards. Rochon had three for 72.

Backup Tyler Rhodes led the team in rushing with 59 yards on nine carries. Seven Bucs got a chance to carry the ball.

Haughton’s other first-half touchdown came on a 30-yard pass from Jason Wilson to Brett Donaho.

In the second half, John Ecot scored on a 21-yard run and Wilson went in from 3 yards out.

Carter Jensen made 5-of-6 extra-point kicks.

Wilson completed all three of his passes for 45 yards.

Haughton was supposed to play District 1-5A opponent Southwood, but the Cowboys had to cancel because of COVID-19 issues.