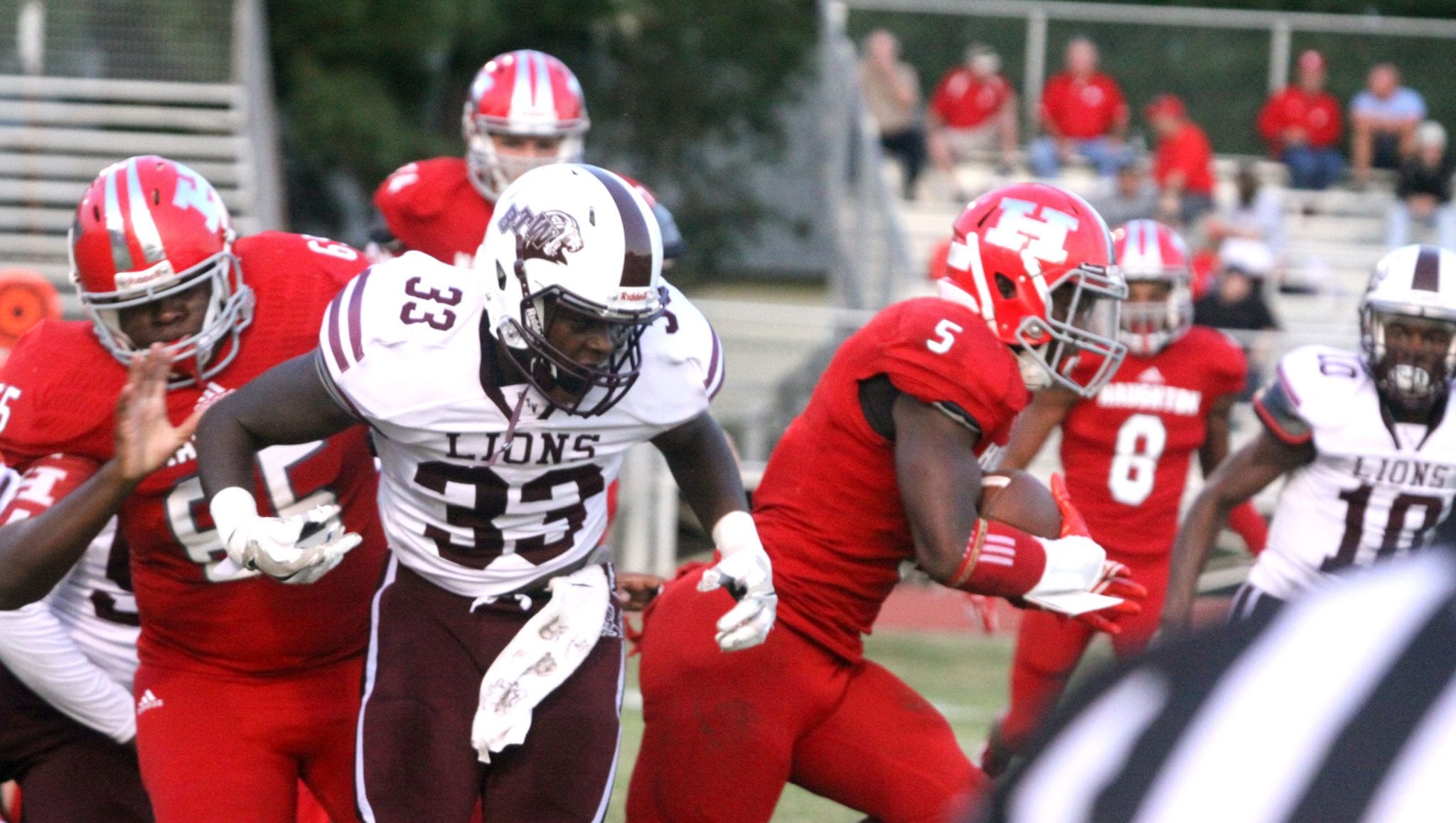 Haughton piled up 390 total yards to 164 for BTW, per Haughton stats. It was the second straight week the Bucs have held an opponent to less than 170 yards.

Haughton started fast. Kynan Hayes scooped up a fumble caused by Jalob Walker and returned it 65 yards for a touchdown with just over two minutes gone in the game.

It took the Bucs a little longer to score again. Lavonta Gipson went 14 yards for a TD with 31 seconds left in the first. The second of Korbin Schmidt’s six PATs made it 14-0.

“They had the ball for a long time in the first quarter but we were winning,” Haughton coach Jason Brotherton said. “Our defense scored the first touchdown. They were out there for a long time. But we kind of got on them early and never looked back.

“It wasn’t too stressful. We got on ’em pretty quick and stayed that way the whole time.”

Haughton senior quarterback Cameron Townsend was almost perfect for the second week in a row.

He completed eight of nine passes for 122 yards with one TD and one interception. In two games, Townsend is 20 of 21 for 288 yards.

His TD pass against BTW went to Hayes and covered 10 yards. It gave the Bucs a 35-6 lead early in the second half.

Townsend also rushed five times for 81 yards, including a 5-yard TD run in the second quarter.

Gipson finished with 66 yards on 11 carries and two touchdowns. Keyshawn Davis gained 47 yards on six carries and scored a touchdown.

“We had some young kids play well,” Brotherton said. “Tristan Sweeney kind of did what we’ve been waiting for him to do. He grew up tonight. The O line dominated. Our defense played well too.”

The Bucs limited the Lions to 47 yards rushing.

Walker led the way with five solo tackles and two assists. He also had an interception.

Khaylon Chapple had four solo tackles and one assist. He was in on
3.5 tackles for loss.