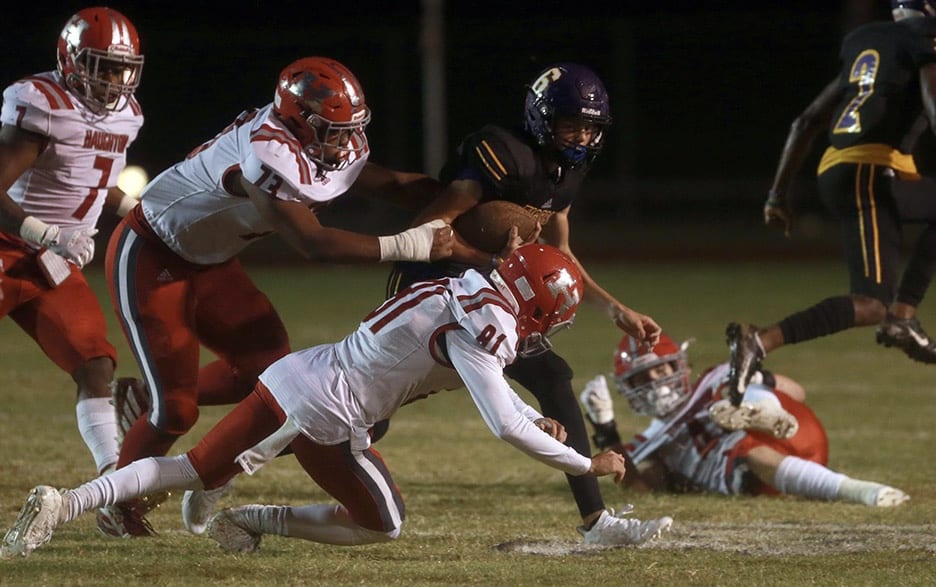 During this season of COVID-19, Haughton head coach Jason Brotherton knows just about anything is possible.

But even he was a little surprised when he got the word Wednesday afternoon midway through practice that Airline would have to cancel its Friday game against the Bucs at Harold E. Harlan Stadium.

“Football-wise Wednesday is really the end of the preparation,” Brotherton said. “Our kids didn’t find out until after practice. I found out in the middle of practice. I just let them finish. We’re putting the final touches on a game plan to play Airline. I’m standing over there knowing we’re not even going to play ’em.”

Brotherton had already been looking for an opponent for Oct. 30 after Southwood had to cancel reportedly because of a COVID-19 issue.

He didn’t expect to have to try to find an opponent on such short notice though.

“You start trying to figure out who you can play,” he said. “I guess that’s the way of the world nowadays. I talked to coaches in Arkansas. I talked to a guy in Mississippi. Literally just started calling anybody to see what matches up. We needed it to be a home game. We had already sold tickets for Friday night. That was a factor and at this point it’s a blessing it didn’t become an issue planning this week.”

Ouachita Parish and head coach Jeffrey Fitzgerald agreed to make the trip west on I-20 to Haughton to play Friday night.

“Luckily the last couple of years I’ve developed a friendship with Coach Fitzgerald over there at Ouachita. We played them last year and we played them a few years before that and they got canceled today just like we did. That’s how it all worked out.”

Brotherton said having one day to prepare for a team, especially a quality opponent like Ouachita, in football is not exactly ideal. But both squads are in the same boat.

Last season, Haughton defeated Ouachita 28-7 in the first round of the Class 5A playoffs.

Brotherton said he feels for his colleagues and the players at Airline.

“It stinks for them for sure,” he said. “They’re going through a lot of mess. I guess it’s just every week you get to play you count it as a blessing. Playing Ouachita I think our kids are probably excited. They wanted to play Airline. It’s exciting to play them. We did play them last year but somebody you normally don’t play. They’re very similar to us so I think it’s good.”

Brotherton said the quest to find an opponent to replace Southwood remains ongoing.