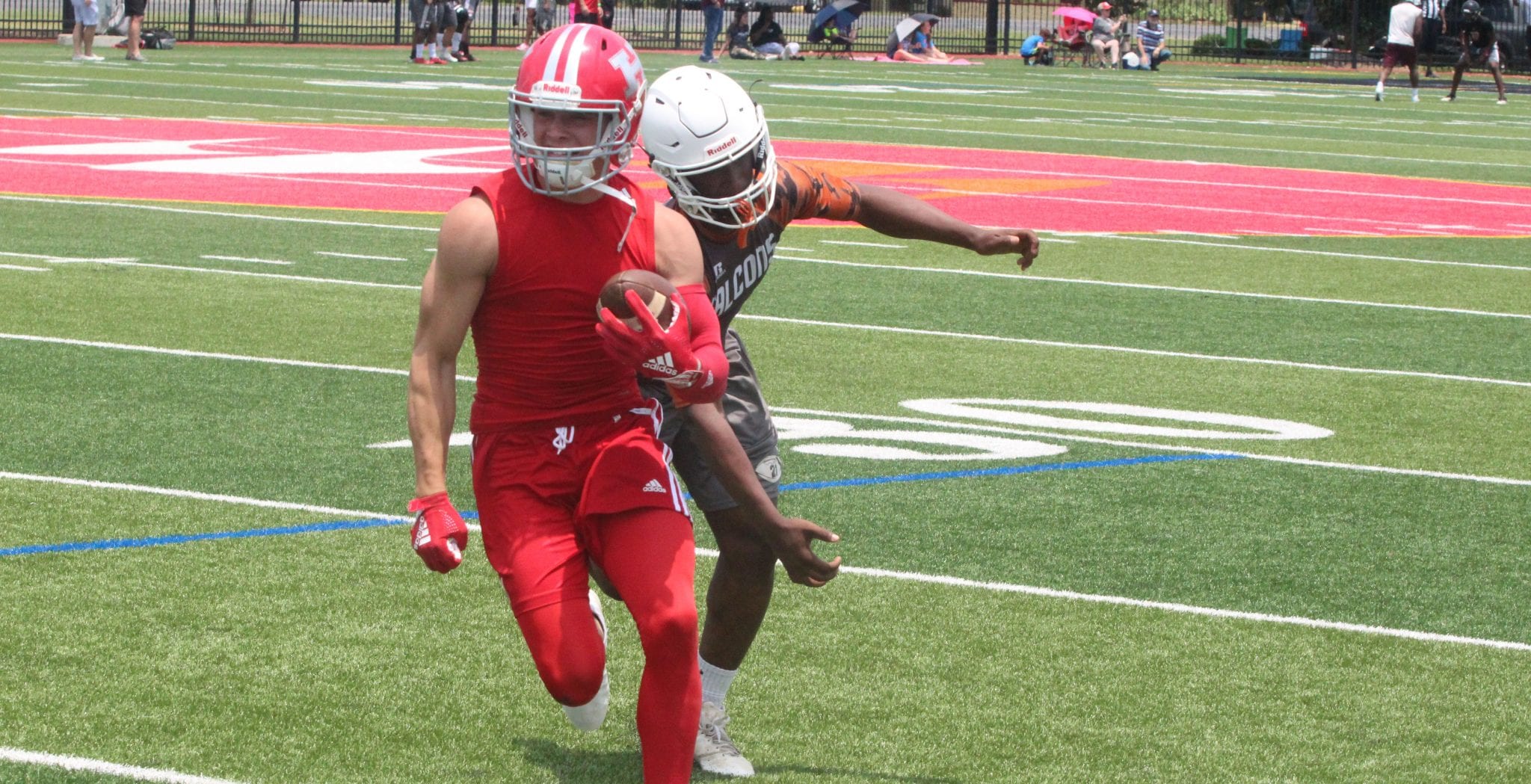 Haughton may not have won the NWLA 7-on-7 Charity Invitational tournament last week at Freedom Fields, but it’s hard to argue the Bucs weren’t the most impressive team.

After going 4-0 in pool play Friday, Haughton won four straight games Saturday to reach the championship round of the double-elimination tournament as the only undefeated team.

Before that game, Haughton coach Jason Brotherton and Guin agreed if they played again in the overall championship round they would play one game for the title.

In a true double-elimination tournament, Calvary would’ve had to defeat Haughton twice to win the title.

“It’s hot and these kids have been running around all day long,” Brotherton said of playing just one game for it all. “We decided that before we played the first time if it came down to us two no matter who was undefeated we were playing one game.

“As a coach, you want to win, but we’re not out here playing for that little trophy they gave out. We’re trying to get better and get ready for August.”

Calvary, which defeated perennial Class 4A power Neville in the losers’ bracket finals, defeated Haughton 24-11 for the title.

The Bucs took an early lead on a long touchdown pass from Peyton Stovall to Elijah Rochon.

After the Cavaliers rallied to tie it at 9, Haughton had a great chance to take the lead. But the Bucs couldn’t take advantage of two pass interference penalties near the goalline.

Calvary scored another touchdown and also had a pair of interceptions, one off a tip and another on a long pass late in the game when Haughton was trying to get back in it.

Stovall, a rising junior, had an outstanding tournament and was named Offensive MVP.

Stovall said the tournament helped him prepare for the fall season in a couple of ways.

“It allows you to read defenses and understand different coverages that they disguise,” he said. “It’s just a really fun event. I’m glad we got out here and were able to compete and have a chance for the championship.”

Haughton, which returns all of its top backs and receivers from last season’s 9-3 team, defeated defending District 1-4A champion Northwood 28-19, Calvary 21-13, Southwood 27-14 and Airline 16-12 in pool play Friday.

Other than that, Brotherton was pleased with how things went.

“It was a great weekend,” he said. “We threw the ball well, caught it well, played well on defense. We won eight games. so it’s hard to be disappointed. We got beat in the last one, but that’s just part of it.”

The teams were seeded for the tournament based on the results of pool play.

Airline, the No. 14 seed, lost to Green Oaks in the winners’ bracket first round. The Vikings defeated perennial Class 5A power West Monroe in the losers’ bracket before being eliminated by Benton.

Proceeds from the tournament will go to help Airline coach Bo Meeks with expenses incurred during a battle with stomach cancer last winter.
After receiving treatment, Meeks returned to his teaching and coach positions and took the Vikings through spring practice.