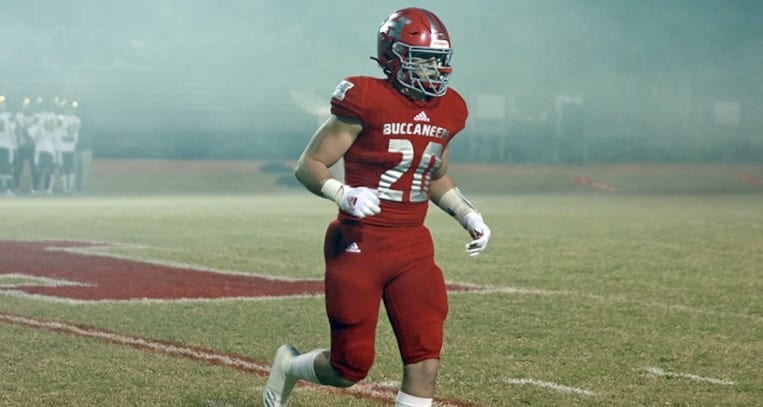 Haughton senior linebacker Jake St. Andre has been named the Defensive MVP on the All-District 1-5A team selected by the district’s coaches.

St. Andre, a three-year starter who has committed to Louisiana-Lafayette, had 106 tackles, including seven for loss, in 10 games. He also recovered three fumbles and returned an interception for a touchdown.

Haughton went 7-1 overall and 4-1 in district in the regular season, losing only to district champion Byrd.

Rochon caught 45 passes for 668 yards and eight touchdowns in 10 games.

Jensen kicked six field goals, including two over 40, and had 28 kickoffs reach the end zone for touchbacks. Patton averaged 41.4 yards per punt.

Woods was in on 32 tackles. He also had seven sacks and five pressures. Hudson was in on 68 tackles and had two interceptions, including a pick-six.

White had 108 carries for 635 yards and seven touchdowns in six games. Reed had 36 catches for 577 yards in eight games.

Defatta had 17 tackles for loss and two sacks in eight games. Norcross was in on 75 tackles (41 solo, 34 assists), including nine for loss. Patterson had three interceptions and eight pass breakups along with 32 solo tackles and 26 assists.

Stearns had 20 catches for 413 yards and four touchdowns in six games. Waites, a three-year starter, had 53.5 tackles, including 8.5 for loss.

Hall, a three-year starter, had 47 tackles, 14 for loss, six sacks, two forced fumbles and one interception in seven games. He also rushed for 148 yards and scored six touchdowns.