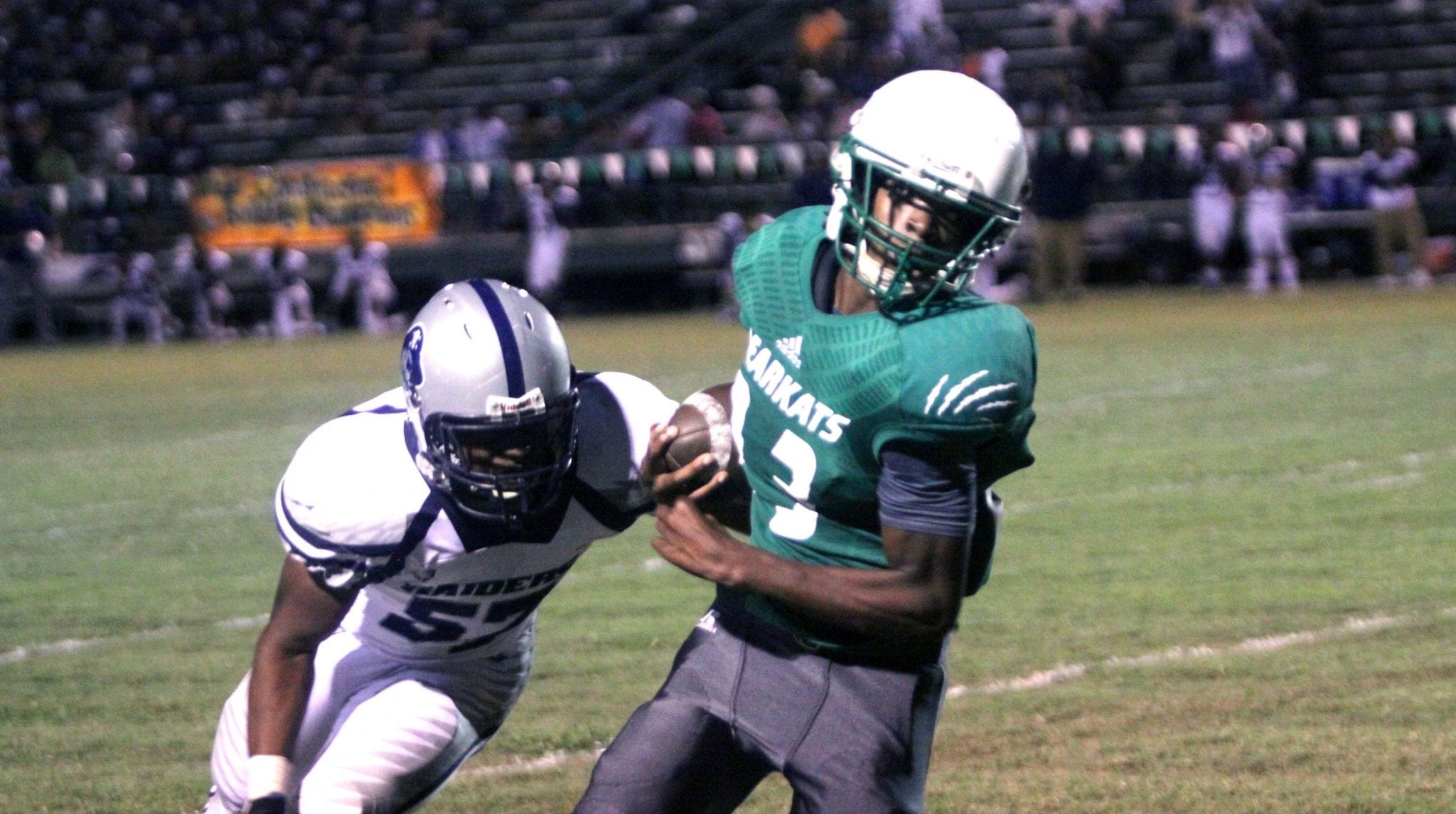 Bossier came close to making it a happy homecoming Friday night, but the Bearkats gave up a late touchdown and fell to the Huntington Raiders 31-23 at Memorial Stadium.

The Bearkats tied the game at 23 on a 4-yard TD run by quarterback Isaiah Wallace-Blair and Blair’s two-point conversion run early in the fourth quarter. Bossier went 69 yards in 11 plays.

After Huntington regained the lead, Bossier had a final chance but a promising drive stalled.

The Bearkats fell behind early but rallied to take a 15-7 halftime lead.

Rico St. Fleur scored on a 2-yard run and Decamerion Richardson ran in a two-point conversion.

Huntington tied it after a promising Bossier drive ended in a turnover. The Bearkats also turned it over on the Raiders 33 later in the quarter, but the Bearkats forced Huntington to give it right back.

The Bearkats finished with 202 yards rushing.

Kevin Daniels led the way with 49 rushing on four carries. Richardson had eight carries for 41 yards.