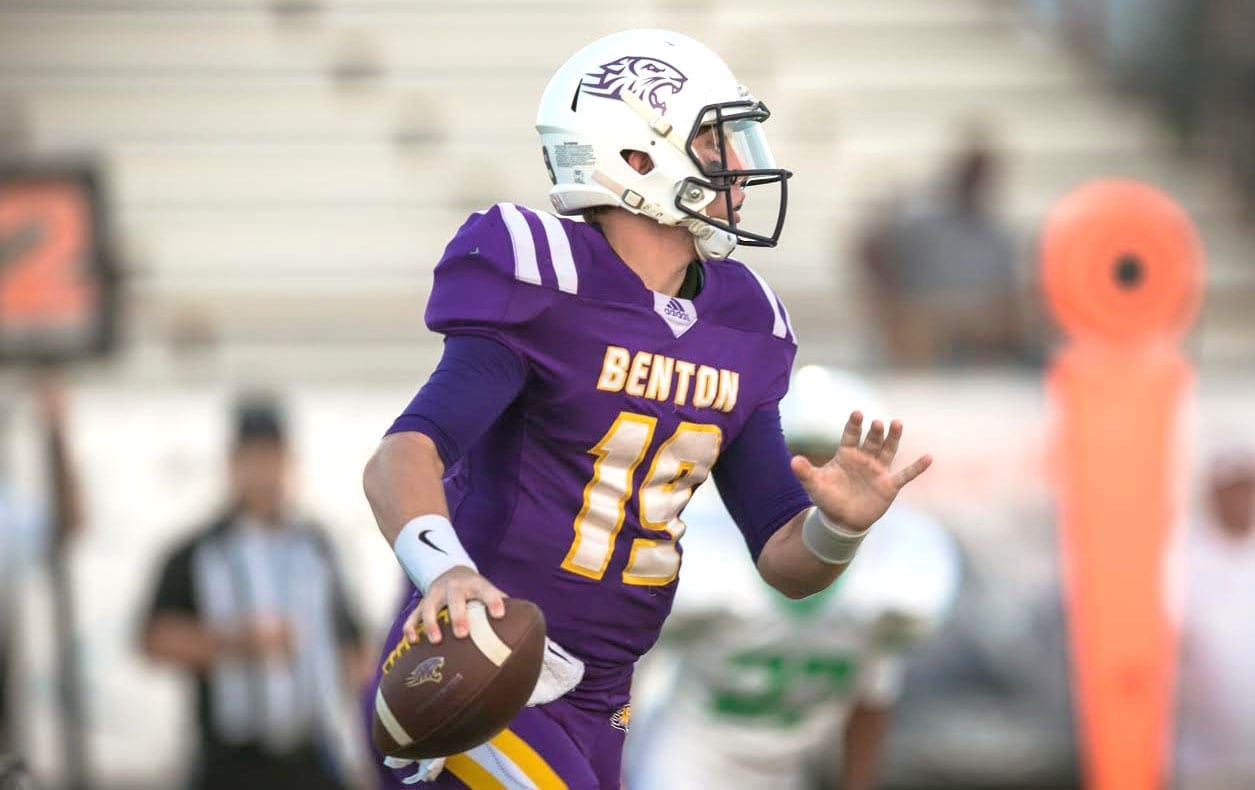 The “I-20 Bowl,” as it has become known, kicks off at 2 p.m. Saturday at Ruston’s James Field at Garrett Stadium. Admission is $10.

The game features many of the top senior players from Northwest and Northeast Louisiana.
Reynolds Moore, who guided Benton to an 11-1 record, is the head coach of the West squad.
Airline head coach Bo Meeks is among the assistants.

Hable finished his career as one of the top passers in Bossier Parish history with more than 8,000 yards.

He completed 118 of 199 passes for 1,832 yards and 23 touchdowns with just two interceptions during the regular season.

Hable didn’t play a full game in more than half the Tigers’ games because of routs.

Myles and Anderson were both three-year starters.

McGee led the parish in catches during the regular season with 57 for 596 yards. He made several big plays in the Vikings’ run to the Class 5A quarterfinals.

Thibodeaux and Cowthorn helped Airline finish 9-4, the Vikings’ best season since 2012 when they went 10-3.

Haughton’s representatives are offensive lineman Brennon Bockhaus and linebacker Harrison Voigt.
They helped the Bucs finish 7-4. Haughton and Airline finished tied for second in District 1-5A behind Evangel Christian.

Ouachita Parish’s Jeff Fitzgerald is the head coach of the East team.