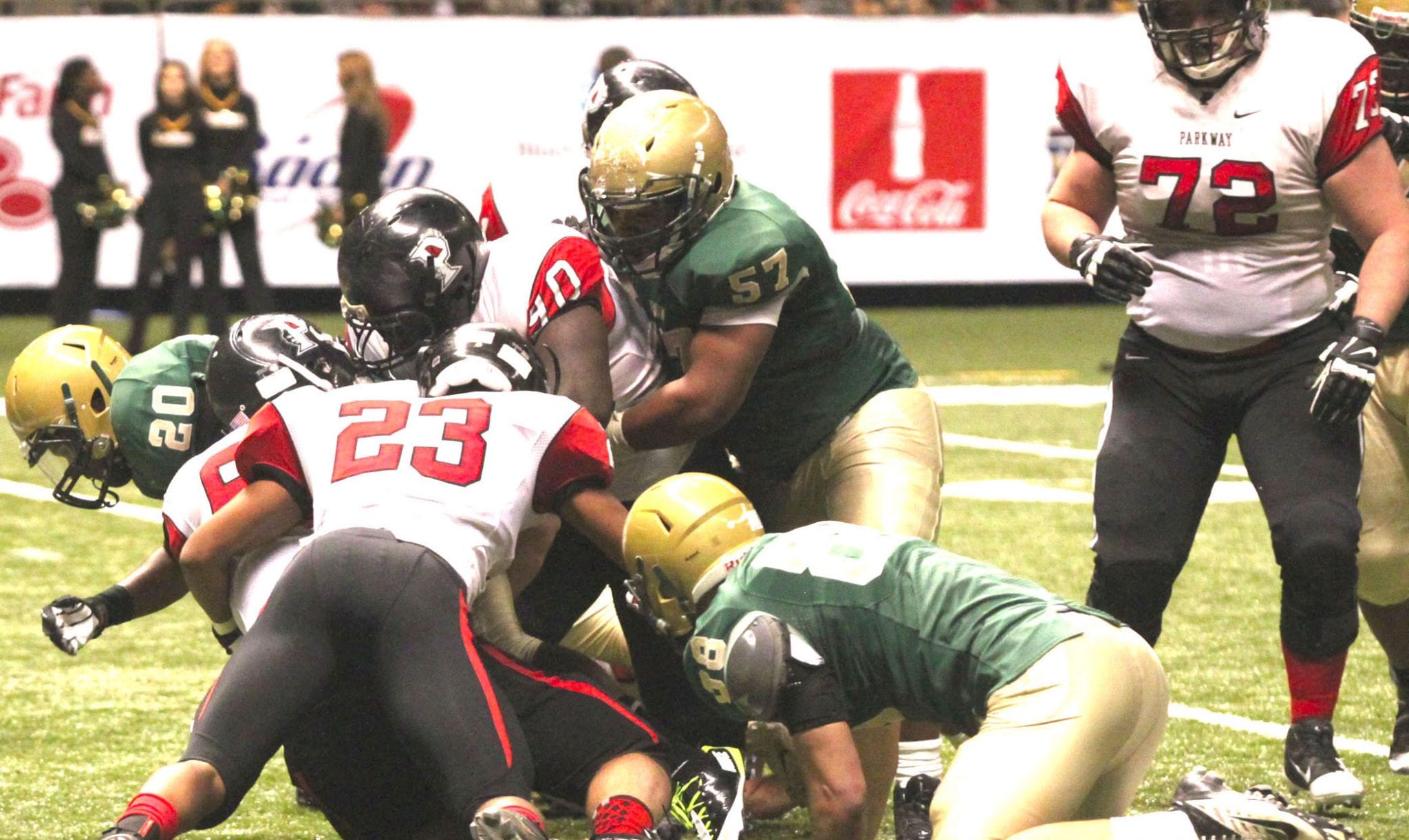 The end of the 2010s are almost upon us. One more year to go.
The 2019 high school football season will also be the 10th I’ve covered since joining the Bossier Press-Tribune’s staff.
It’s been a great nine years. I’ve been fortunate enough to see many great games and tremendous athletes.
The decade has seen big changes in the LHSAA, which started in 2013 with the division of select and non-select schools for the football playoffs.
There has also been changes in the parish.
Bossier is the only school that has had the same head coach all nine seasons.
Haughton and Parkway moved from Class 4A to 5A in 2011. Benton will join them this fall.
While no parish school has managed to pull off the difficult task of winning a state championship, there has been a lot of success.
The Parkway Panthers lead the way. Parkway’s official record over the last nine years is 79-30 (.725). Unofficially, the Panthers are 84-25 (.771).
Parkway finished the 2014 season 8-2 on the field but had to forfeit five wins for using an ineligible player.
Parkway has also had the most playoff success.
In 2013, the Panthers became the first parish team to reach a state championship game in 35 years, falling to Acadiana in the title game.
Parkway also reached the semifinals in 2015 and quarterfinals in 2012 and 2016.
The Panthers have been blessed with a string of outstanding quarterbacks. It started with Kolby Copeland in 2010. He was followed by Brandon Harris, Keondre Wudtee and Justin Rogers.
Haughton ranks second on the wins list at 70-34 (.673). The Bucs have had some playoff success, reaching the Class 4A quarterfinals in 2010 and the second round in Class 5A three times.
The quarterfinal appearance came in 2010 with current Dallas Cowboys quarterback Dak Prescott leading the way.
In a memorable game, Haughton fell to a Franklinton team led by future LSU star Terrance McGee, 49-41.
Also in 2010, a standing-room-only crowd watched 9-0 Haughton and 9-0 Parkway battle in the regular-season finale at Preston Crownover Stadium with the Bucs winning 27-21.
Benton has also has enjoyed a lot of success in 2010s.
The Tigers are 67-37 (.644). The last five seasons have been especially good with Benton going 48-13 (.787).
The Tigers have reached the quarterfinals twice in the 2010s with both coming in the last five years. They’ve made it to the second round twice.
From 2014-17 Benton had one of the most prolific passers and successful quarterbacks in parish history in Garrett Hable.
The Airline Vikings are 56-47 (.544) since 2010. I’d argue that Airline has consistently played the toughest non-district schedules.
The Vikings have reached the quarterfinals twice and the second round once.
Airline also had one of the best quarterbacks of the 2010s in Hayden Hildebrand.
Bossier (33-60, .355) and Plain Dealing (49-54, .476) have both been the victim of a declining number of players in the last half of the 2010s.
The last four seasons the Bearkats have been playing in District 1-4A against teams with at least twice as many players.
Bossier has two playoff appearances since 2010, reaching the second round once. but the Bearkats haven’t made the playoffs since 2012.
Plain Dealing has enjoyed some playoff success, reaching the quarterfinals twice and the second round twice.
While it’s interesting to look back, coaches will tell you —and I agree —that what’s happened in the past has nothing to do with the upcoming season.
One thing I can predict, though. Like the previous nine in the 2010s, the 2019 season will be one to remember.