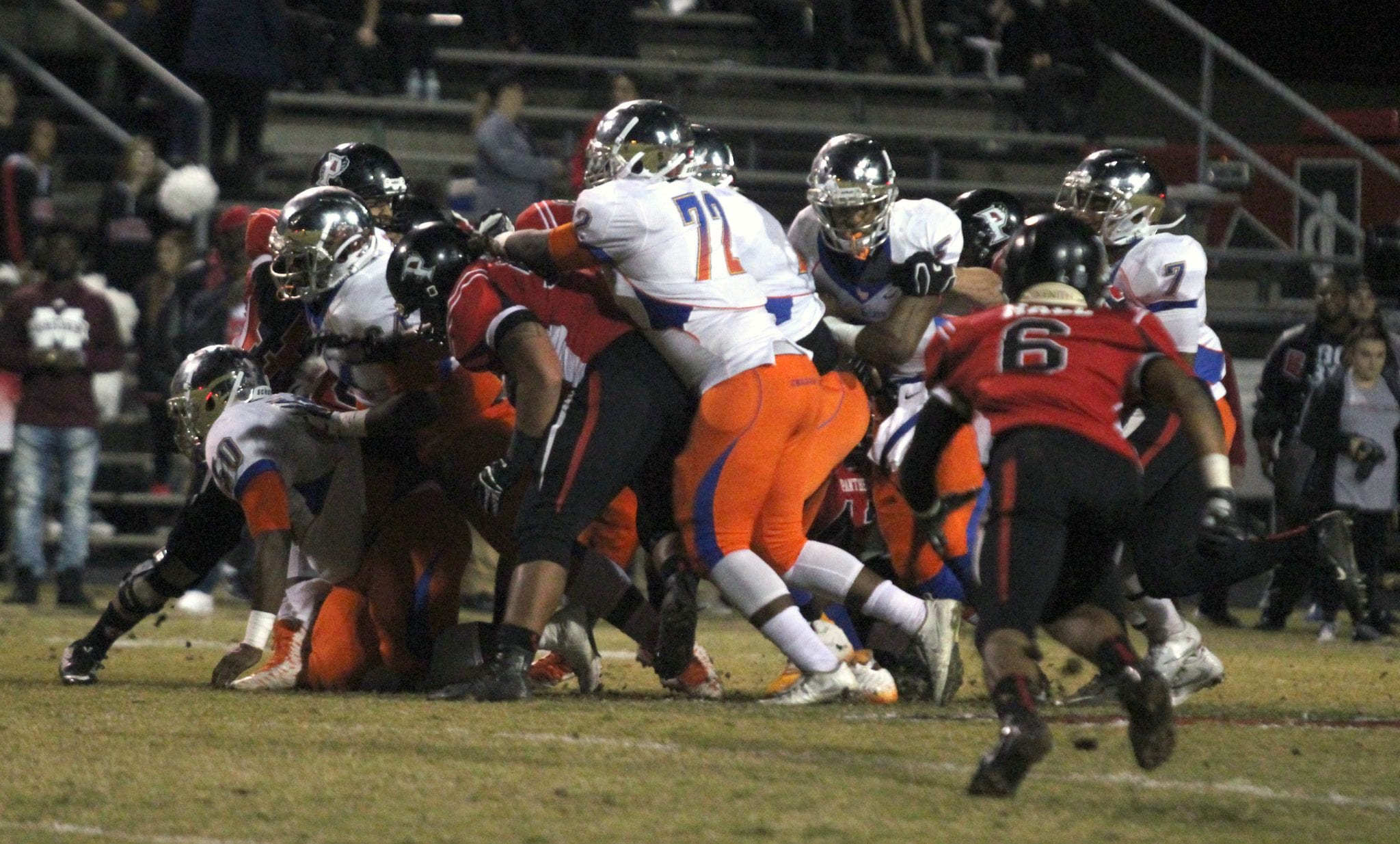 It was a tough night for Bossier Parish high school football teams in the LHSAA state playoffs Friday night.

The Parkway Panthers, Benton Tigers and Plain Dealing Lions all saw their seasons come to an end with quarterfinal losses.

Parkway, the No. 4 seed in Class 5A, lost to No. 5 Landry-Walker 61-21 at Preston Crownover Stadium. Parkway, the District 1-5A runner-up, had an eight-game winning streak snapped and finished 11-2. The Panthers’ only other loss was to 1-5A champ Evangel, which advanced to the Division I title game with a 27-6 upset victory over No. 1 John Curtis in New Orleans.

Landry-Walker (11-2) won its 11th straight. The Charging Buccaneers will visit No. 1 Destrehan, a 21-14 winner over John Curtis, in the semifinals.

Plain Dealing, the No. 13 seed in Class 1A, dropped a 46-20 decision to No. 5 Oak Grove in Oak Grove. The Lions finished their second year under head coach James Thurman 6-7. That’s double the number of wins in his first year.

At Preston Crownover, Parkway got off to a great start.

Justin Rogers went 66 yards for a touchdown on the first possession of the game.

Malcolm Banks picked off a Keytaon Thompson pass at the Parkway 28 on Landry-Walker’s first possession. Robert McKnight had back-to-back gains of 32 and 21 yards. Rogers then ran 17 yards for a touchdown and Chase Hill’s PAT make it 14-0.

But Landry-Walker answered with a touchdown and tied it on a 33-yard interception return. The Charging Buccaneers took a 21-14 lead on a 43-yard Thompson touchdown pass. Parkway answered when Rogers found McKnight wide open for a 48-yard score to tie it at 21 with 11:25 left in the second quarter.

The Charging Buccaneers took the lead for good on a 63-yard drive following a fumble recovery. They scored their final TD of the half after stopping Parkway on a fourth-and-13 from the Panthers 26.

Parkway had the ball a couple of more times with good field position but couldn’t take advantage.

The Charging Buccaneers didn’t need any help, but the Panthers provided some, especially in the second half.

The Parkway defense forced a punt from the Charging Buccanners 41 on Landry-Walker’s first possession. But the Panthers tried to block it and a roughing kicker the penalty was called, resulting in an automatic first down. Landry-Walker proceeded to score and go ahead 42-21.

The Charging Buccaneers also returned two fumbles for touchdowns, including one when the play appeared to be over near the Parkway bench.

Parkway had five turnovers to just two for Landry-Walker, including a meaningless interception late in the game. The Charging Buccaneers were penalized 15 times for 178 yards. Seven of those were personal fouls.

McKnight was injured in the third quarter and helped off the field. In the last game of his outstanding career, he rushed for 84 yards on seven carries and caught two passes for 61 yards.

The Panthers had a tough time getting anything going through the air. Rogers, a junior, completed six of 16 passes for 93 yards. He rushed for 90 yards on 17 carries and that includes 32 yards in losses. For the season, Rogers accounted for 42 touchdowns — 31 passing and 11 rushing.

Thompson, a Mississippi State commit, accounted for six touchdowns — four passing and two rushing. He has now had a hand in 61 touchdowns this season.

At Berhman Stadium in New Orleans, Benton had no answered for Karr quarterback Aldon Clark, who completed 11 of 16 passes for 346 yards and four touchdowns, according to the New Orleans Advocate. All of that came in the first half as the Cougars built a 52-13 lead. Clark is an Arkansas State commit.

“That’s probably the best high school team I’ve seen,” Moore told Advocate reporter Rod Walker. “We saw the (Warren) Easton team two years ago. The one thing about this Karr team is that as athletic as they are and as gifted as they are, they are very well-coached, and that’s a dangerous combination to have. I was impressed the way they carried themselves.”

Benton lost to Easton in the 2014 quarterfinals.

At Oak Grove, Plain Dealing trailed just 14-6 after the first quarter. But the Tigers extended the lead to 28-6 at the half and 40-6 in the third quarter.