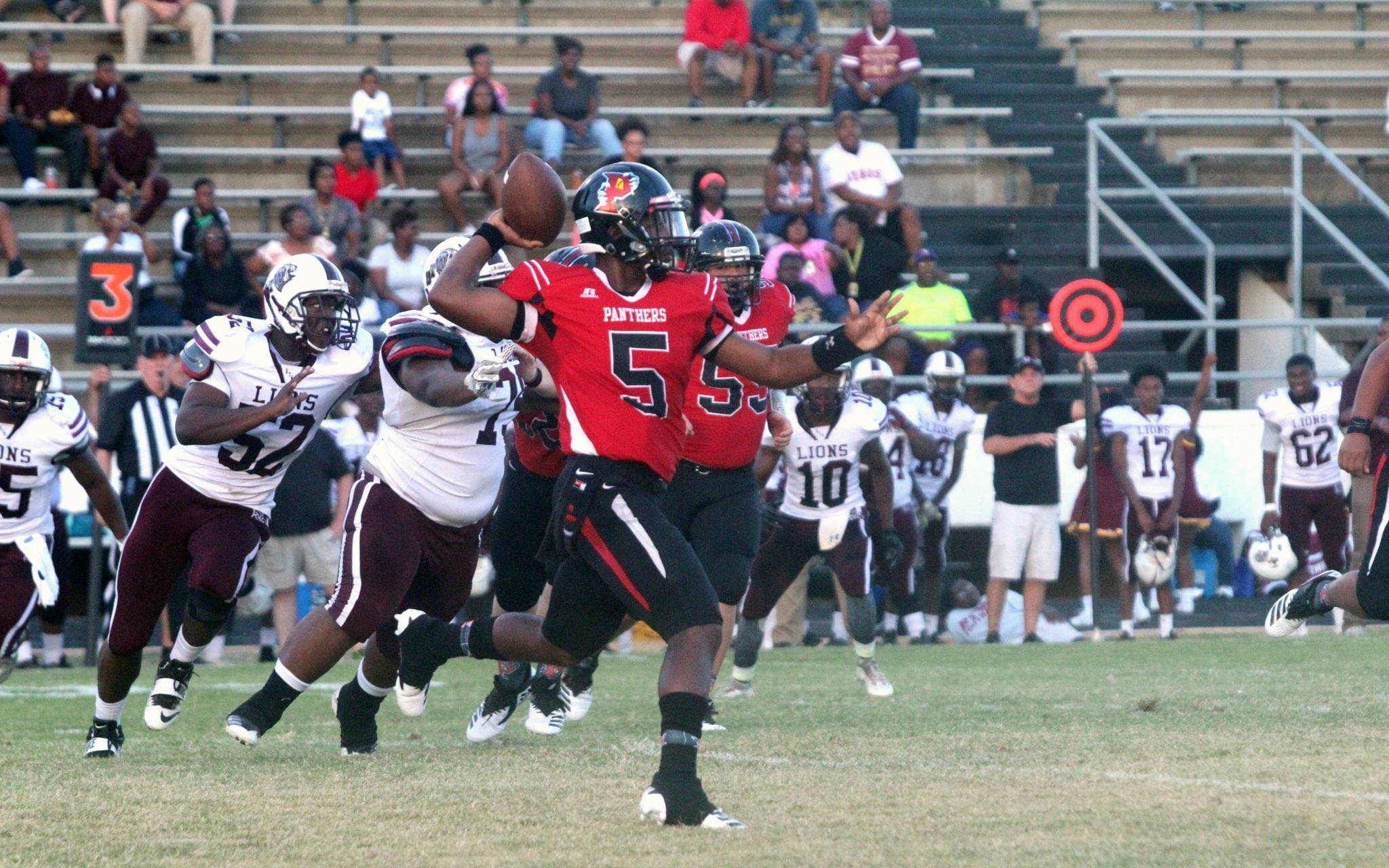 The Parkway Panthers made quick work of the Booker T. Washington Lions in their season opener Friday night at Bobby Marlow Field at Preston Crownover Stadium.

The Panthers rolled up a 43-0 halftime lead and, with a running clock and reserves playing the second half, that’s how it ended.

“Booker T. Washington, they’re getting better,” Parkway second-year coach Neil May said. “The coach over there is doing a great job. We were probably a little bit too much for them tonight just physically, the numbers we have. But we did exactly what we wanted to do.

“We had a great week of practice. Our kids, I’m trying to get the point across to them that it doesn’t really matter who we’re playing we need to take care of ourselves … for this week and the future weeks when it gets tougher.”

About the only suspense came on Parkway’s opening drive. The Panthers faced a third-and-7 at their 43. Senior quarterback Amani Larry hit senior receiver Chase Turner near the Parkway sideline for 25 yards and a first down.

On the next play, Alijah Barnett ran 31 yards to the 1. He scored on the next play. Luis Espino kicked the first of his five PATs and the rout was on.

Sophomore Brady Norcross had a huge game for the Panthers. He picked up a shanked punt near the Parkway bench and raced 66 yards down the sideline for a touchdown to give Parkway a 14-0 lead.

In the second quarter, he scooped up another punt and sprinted 30 yards for a touchdown. Norcross is also the holder on extra points. After the Panthers’ final TD, he picked up a bad snap and hit Alec Crain for a two-point conversion.

The Panthers rolled up 211 yards rushing. Jamall Asberry, who had a 48-yard run to set up a TD, led the way with 66 yards on six carries. Barnett finished with 54 yards on four attempts.

The Panthers defense limited BTW to 124 yards with just 12 of that coming through the air. Kentravious Morris and Kaybien Smallwood both recovered fumbles.

Twenty-four Panthers were credited with tackles, according to Parkway stats. Victor Clark and David Bennett were in on five each. Morris, Robinson, Isaiah Robinson and Adam Johnson were all in on four.

Parkway has an open date next week. The Panthers host Arkansas power Pulaski Academy in Week 3.