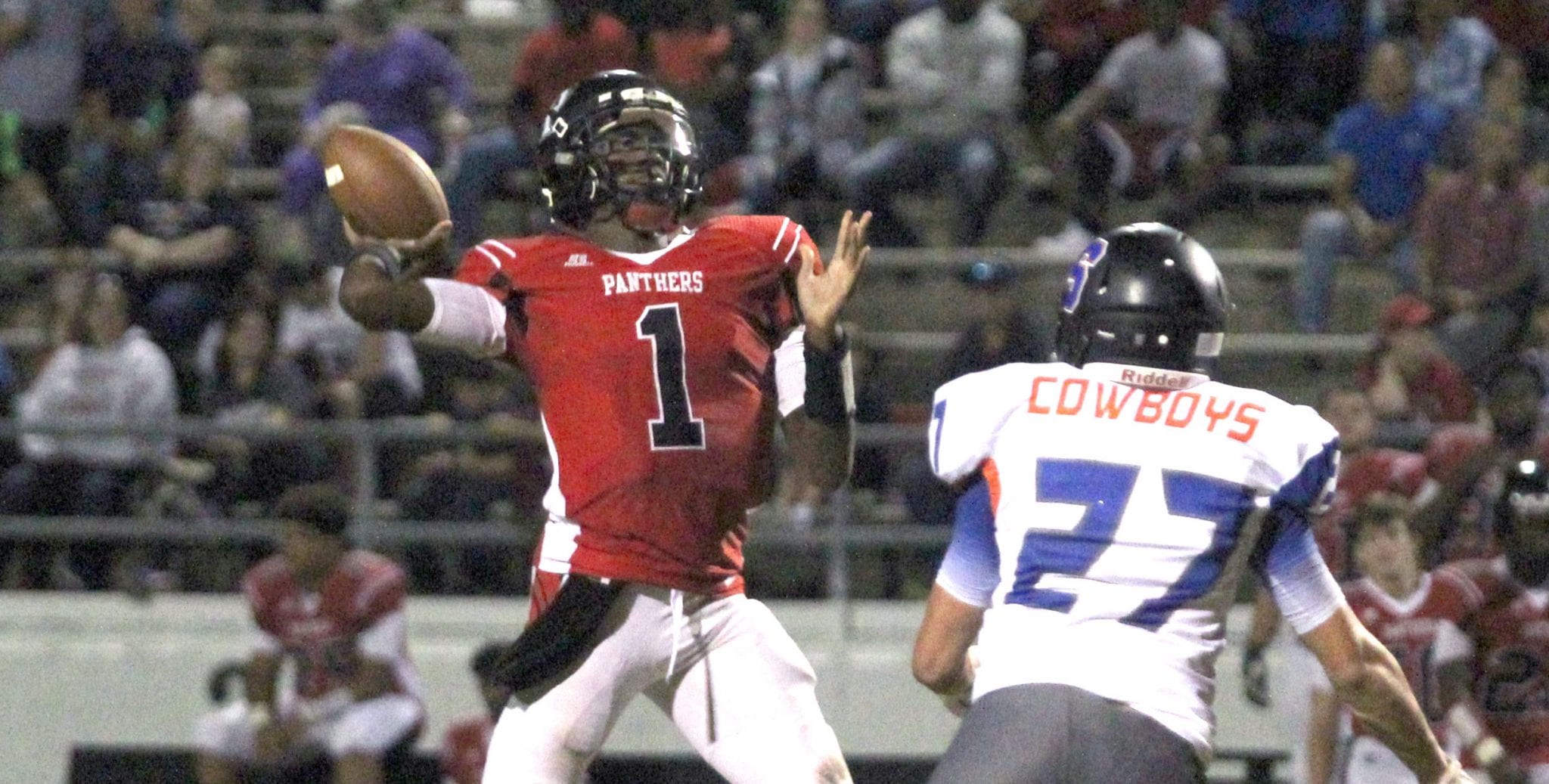 As expected, the Parkway Panthers made quick work of the Southwood Cowboys Friday night at Preston Crownover Stadium.

The Panthers host parish rival Airline this Friday in the regular-season finale. The Vikings lost to Byrd 36-34 in three overtimes Friday night.

Parkway trails Evangel Christian by one game in the standings. The Eagles play Byrd in their regular-season finale. If the Panthers defeat Airline, they will share the title with Evangel if the Yellow Jackets can pull off a monumental upset.

Parkway entered the game at No. 6 in the 5A power rankings, which determine playoff seedings.

Parkway dominated Southwood on both sides of the ball.

According to official Parkway stats, the Panthers had 466 total yards to Southwood’s 48. The Cowboys didn’t get a first down until less than three minutes remained in the first half.

Junior quarterback Justin Rogers completed 19 of 27 passes for 257 yards and two touchdowns. He played just one series in the second half.

Robert McKnight scored touchdowns on runs of 3 and 6 yards. Keimare Payne scored from 7 yards out. Eric “EJ” Williams had a 2-yard TD run.

According to Parkway stats, 22 Panthers were credited with tackles. Malcolm Banks led the way with four solo and one assist.

Kameren Ashley and Johnathan Jones both had interceptions in the first half.