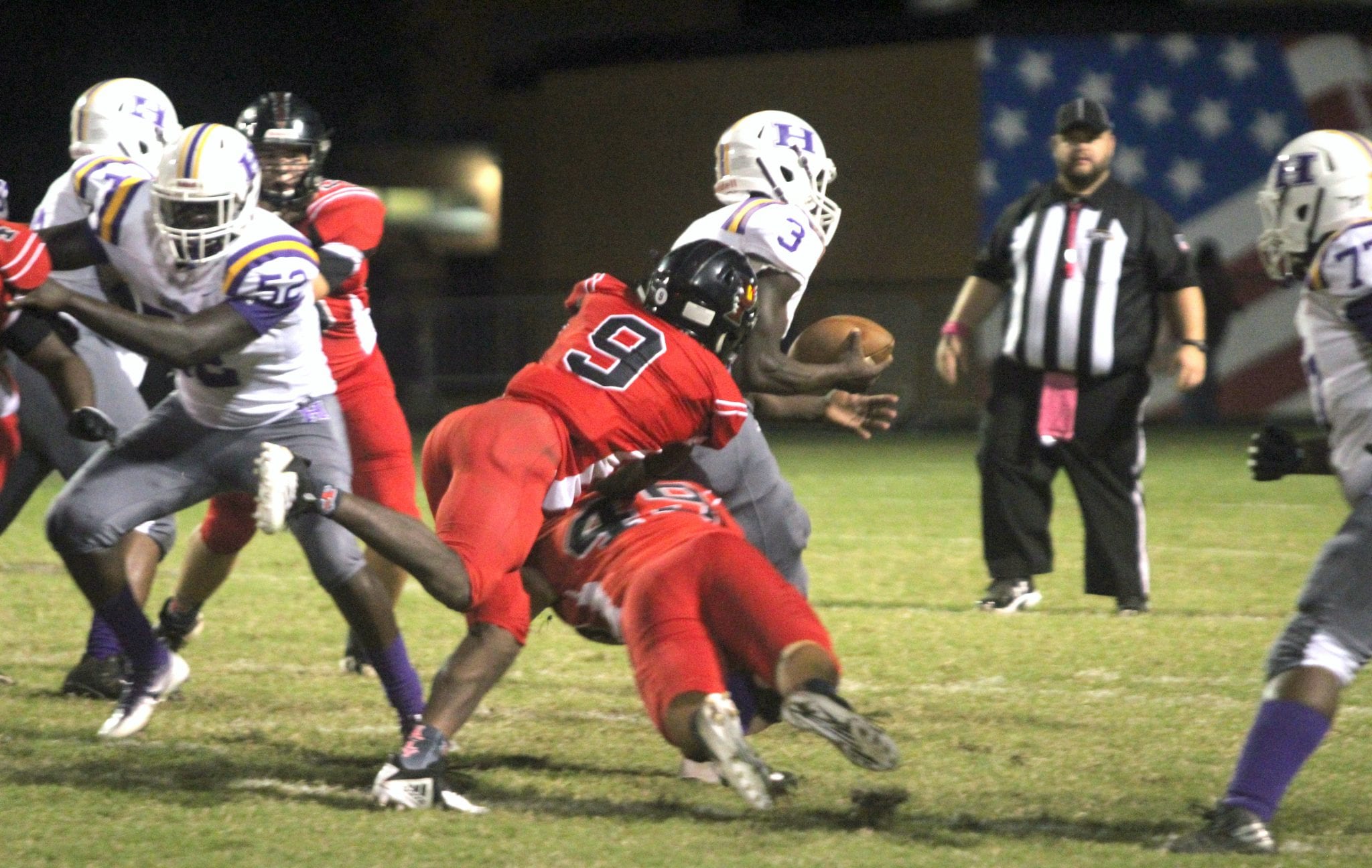 And it wasn’t because his Panthers defeated the Homer Pelicans 34-14, although it was a much-needed victory.

What made it special is that May got to escort his daughter, homecoming queen Bailey, during the pregame court presentation at Bobby Marlow Field at Preston Crownover Stadium.

“It means the world to me,” the proud father said. “As coaches we all do this for upwards of 20 years like I have. We don’t always get the time to spend with our kids that we want to so, for me to escort my daughter tonight as homecoming queen was very special.”

The ceremony was moved to before the game instead of its traditional halftime slot because of the threat of rain. While a little rain fell in the third quarter, the game was played in mostly dry conditions.

The Panthers improved to 4-3 overall with the victory, ending a two-game slide. Homer dropped to 5-3.

The Pelicans are a Class 1A team, but they weren’t intimidated by the 5A Panthers. Parkway led just 14-6 at the half.

The Panthers took care of business in the second half, though, using a punishing running game and a nice 35-yard touchdown pass from Gabriel Larry to Peyton Lewis to pull away.

Parkway rolled up 357 yards on the ground.

Nine Panthers got a chance to carry the ball. Sophomore Jamall Asberry, who sat out the last two games for undisclosed reasons, rushed for 150 yards on 18 carries and scored touchdowns on runs of 13 and 2 yards.

Kentravious Morris, seeing extensive action at running back for the second straight game, gained 105 yards on 11 carries. He had a 27-yard run.

Rayshion Cook had a 4-yard touchdown run in the first half, capping a 74-yard drive. Luis Espino’s second PAT gave the Panthers a 14-0 lead. Larry converted a fourth-and-1 with a 4-yard run.

Wide receiver Chase Turner scored on a 17-yard run in the second half.

Homer’s first touchdown came on a 96-yard kickoff return by Courtney Lovett. The Panthers blocked the PAT. The Pelicans also scored a touchdown late in the fourth quarter.

The Parkway defense limited Homer to 179 yards, according to Parkway stats.

Twenty-three Panthers were credited with tackles. Kyle Scott was in on nine. Ted Nelams was in on six. Isaiah Robinson and Deangelo McCoy were in on five each. Morris, Alexavier Mitchell and Connor Norcross were in on four apiece.

Mitchell also had an interception.

Homer quarterback Kemontavous Grant was under a lot of pressure most of the game, but he played well. May came away impressed with the Pelicans, who have one of their best teams in years.

“Coach (Glen) Kyle has done a wonderful job,” he said. “We certainly had him in our thoughts with the sicknesses he’s had this year. But he’s done a great job with those kids. They’ve won five ballgames this year. They’re a great little team.”

According to louisianasportsline.com, Parkway is No. 19 in the Class 5A power rankings. A victory over the Bucs would undoubtedly move them up going into the regular-season finale against Southwood.