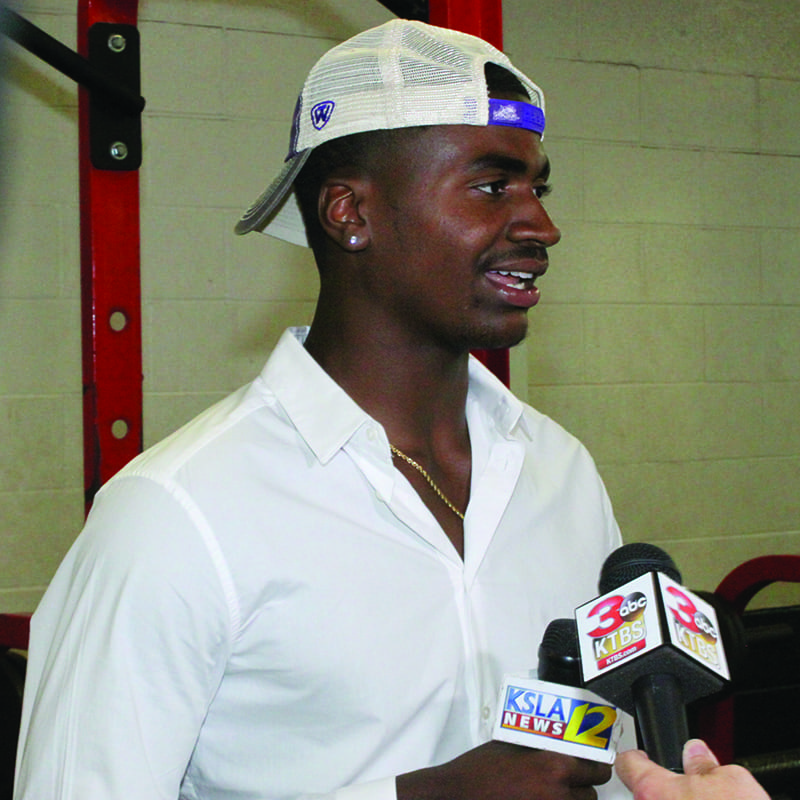 In a press conference in Parkway’s fieldhouse Wednesday evening, Rogers said his and his family’s relationship with the coaches was the main reason he wants to continue his football career at TCU.

He said it was the first school his mother visited and “they fell in love with her.”
TCU has had tremendous success under head coach Gary Patterson, known for his wide-open offense. But the Horned Frogs had a down year in 2016, going 6-7 overall and 4-5 in the Big 12.

He was named the Offensive MVP on The Press-Tribune’s All-Parish team.
Rogers is considered the top quarterback prospect in the Class of 2018 in Louisiana. A four-star prospect, he is ranked No. 71 on the ESPN 300 list of the nation’s top recruits.

Rogers will be the third straight Parkway quarterback to sign with a Power Five college following Brandon Harris (LSU, 2014)) and Keondre Wudtee (Oklahoma State, 2016).
He said he talked to Wudtee “every other day” while deciding where he wanted to play college ball.

Rogers plans to graduate in December and enroll at TCU in the spring of 2018.
He said he enjoyed the recruiting process.

“Hearing all these different coaches every day, kind of the same stuff … fans can get crazy, but at the end of the day it’s a blessing.”

Next up for Rogers is the Elite 11 Finals, a competition featuring the nation’a top
quarterbacks in the Class of 2018, on June 2-4 in Los Angeles. The top 11 will advance to The Opening Finals on June 28-July 3 at Nike World Headquarters in Beaverton, Ore.
After that, Rogers plans to focus on his senior season. That’s another reason he decided to end his recruiting.