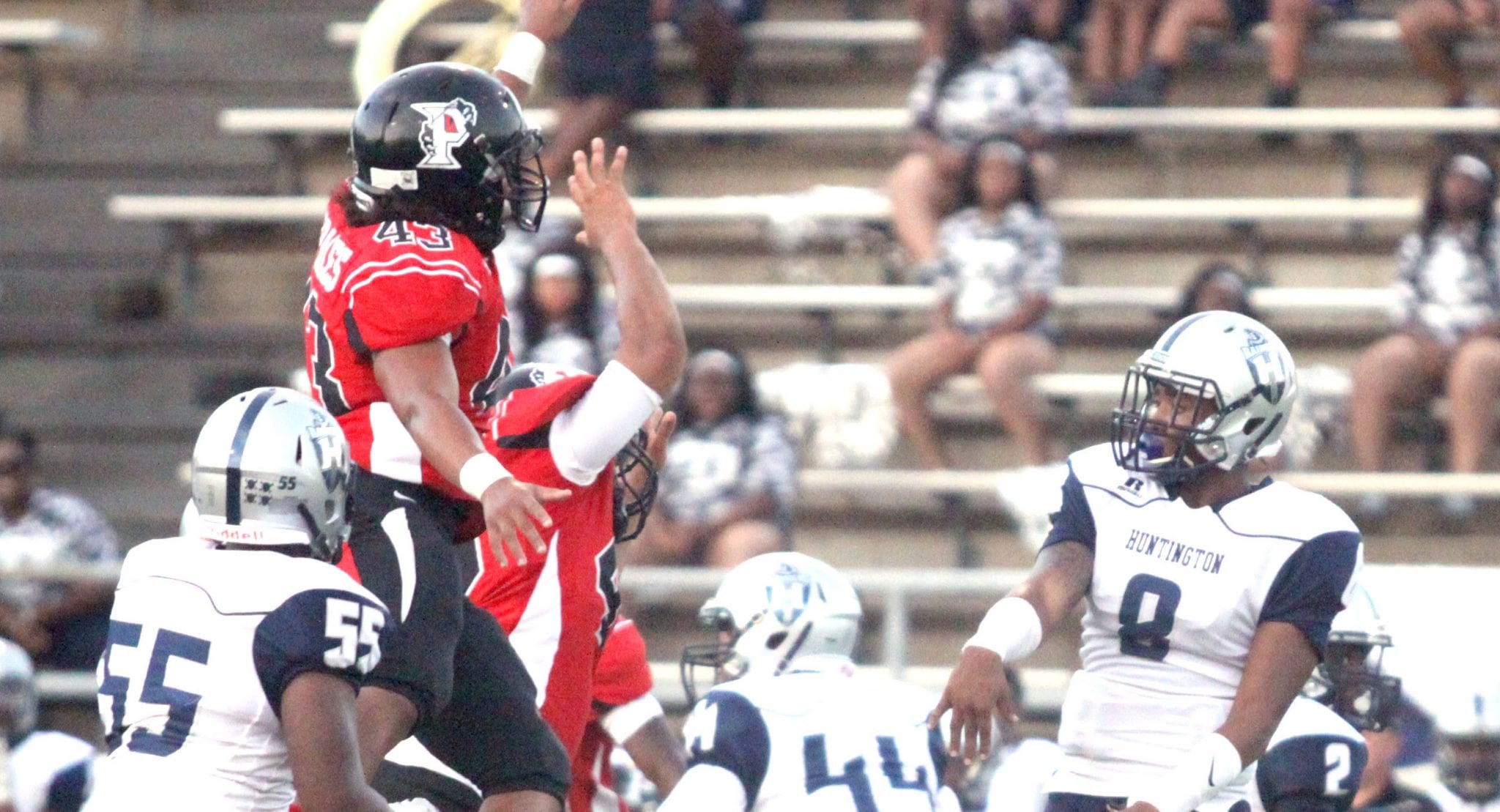 For Parkway coach David Feaster, there wasn’t a whole lot to say about his team’s 35-0 victory over the Huntington Raiders Friday night at Preston Crownover Stadium.

The Panthers (3-0), ranked No. 4 in the Louisiana Sports Writers Association’s Class 5A poll, did as expected. They rolled up all 35 points in the first half and the second was academic.

“Huntington has a good ballclub,” Feaster said. “I think both os us came out relatively injury-free. We think both teams have a bright future.”

The Raiders dropped to 1-2.

Parkway can now focus on its District 1-5A opener at home this Friday against Evangel Christian Academy (1-2), which routed LaGrange 62-18 Friday for its first victory.

The Eagles handed the Panthers one of their only two regular-season losses last season 56-21.

“It’s kind of good that Evangel put 60 on LaGrange so now everybody knows how good they are,” Feaster said. “We kind of knew all along.”

Parkway junior quarterback Justin Rogers continued his impressive start, completing 11 of 16 passes for 279 yards and three touchdowns. He also scored on a 4-yard run that was set up by a 29-yard pass to Johanthan Jones.

Rogers played just one series in the second half along with most of the Panthers’ other first-teamers.

Rogers hit Chase Hill with a perfect strike on a 41-yard pass for the Panthers’ first touchdown.

The Panthers’ final TD came on a 42-yard pass from Rogers to Robert McKnight.

According to Parkway stats, Huntington finished with a minus-71 yards rushing and 101 passes.The Raiders had nine first downs and completed just eight of 24 passes.

Twenty-one Parkway players were in on at least one tackle.

Kendall Norwood had an interception.