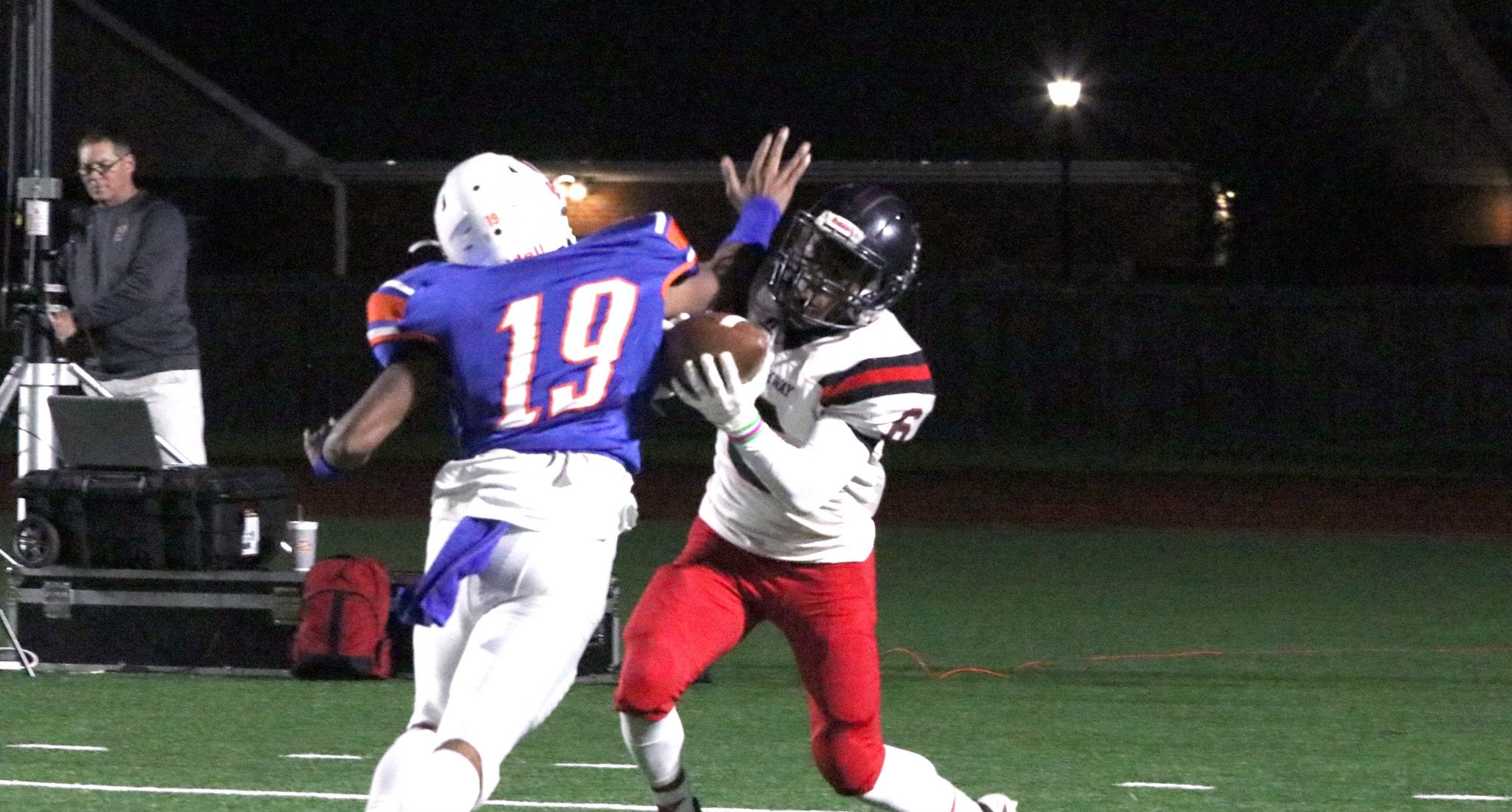 The Parkway Panthers cruised to a big first-quarter lead en route to a 38-24 District 1-5A victory over the Southwood Cowboys in the regular-season finale Friday night at Lee Hedges Stadium.

Parkway finished the regular season 5-4 overall and 2-4 in district. According to louisianasportsline.com, Parkway is No. 23 in the Class 5A power rankings. If those are the same as the LHSAA’s official rankings scheduled to be released Sunday morning, the Panthers will travel to Monroe to play Ouachita Parish (7-3) in the first round of the playoffs.

Senior quarterback Amani Larry returned to action for the first time since suffering a leg injury in Week 3’s victory over Pulaski Academy. He was replaced as the starter by his younger brother Gabriel, a sophomore.

Larry completed a 26-yard touchdown pass to Asberry in the second quarter to put Parkway on top 31-0. Southwood finally got on the board and the Panthers had a commanding 31-6 lead at the half.

Larry put the ball in the air only eight times, completing four for 30 yards. He only played about one-and-a-half quarters before giving way to his brother.

Eighteen Panthers were credited with tackles, according to Parkway stats. Alexavier Mitchell was in on seven and Morris six. Arthur Joseph and Kyle Scott were in on four each.

Homer 46, Plain Dealing 0: At Homer, the Pelicans were too much for the Lions in the regular-season finale.

Plain Dealing finished the regular season 3-7 overall and 2-4 in District 1-1A. Homer finished 6-4 and 4-2. Both teams are headed to the playoffs.

According to louisianasportsline.com, Plain Dealing was No. 22 in the Class 1A power rankings as of Saturday afternoon. If those rankings are the same as the LHSAA’s official rankings scheduled to be released Sunday morning, the Lions will travel to No. 11 Montgomery (6-3) in the first round.