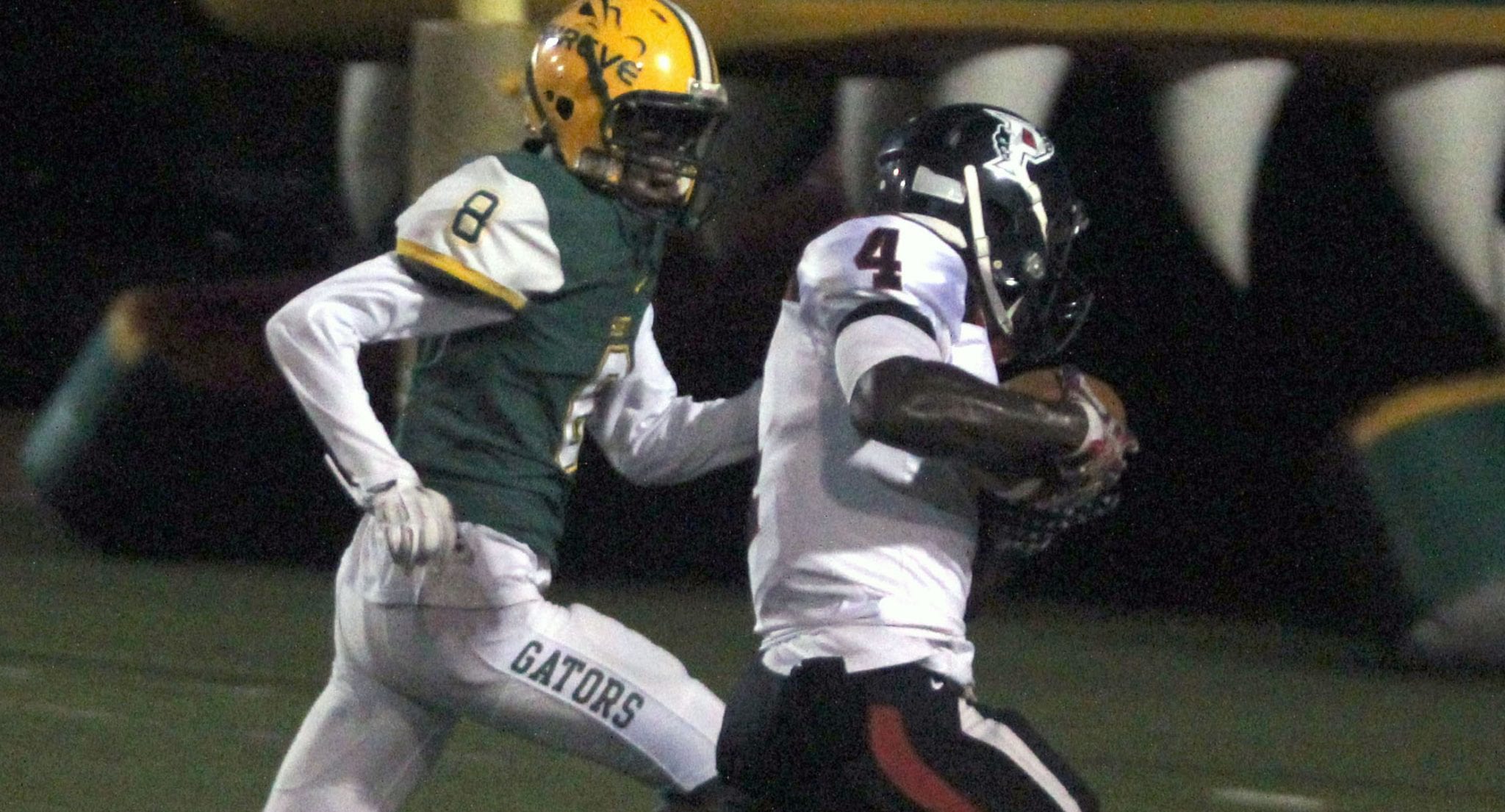 About halfway through the first quarter of Thursday’s District 1-5A game between the Parkway Panthers and the Captain Shreve Gators, it looked like it was going to be a high-scoring, back-and-forth affair at Lee Hedges Stadium.

The Gators scored on a trick play. Shreve quarterback Lucas Grubb bounced a lateral to Cameron Davis, who was near the Gators sideline. Davis then hit a wide open Stephen Smith for an 86-yard touchdown. The PAT gave the Gators a 14-7 lead.

The play seemed to wake the Panthers defense up. Shreve didn’t score again on the first team. Meanwhile, Parkway rolled up 42 straight points. The game was indeed high-scoring — on Parkway’s side of the scoreboard. The Panthers won 49-23.

“After that (trick play) the defense played lights out,” Parkway coach David Feaster said. “We really dominated up front. That was the key tonight. Our defensive line took away their run and put pressure on the quarterback to where we were able to just sit back and cover. We didn’t have to blitz to put pressure on him. That was huge for us.”

But it was junior running back EJ Williams who really stood out. He scored on two tackle-breaking runs of 46 and 31 yards. Williams led the Panthers with 126 yards rushing on 10 carries.

“EJ Williams is a guy most people don’t know about,” Feaster said. “I think he’s going to be on everybody’s radar now — OK, we have to stop that guy first.”

Rogers completed 15 of 24 passes for 168 yards and one touchdown. He also rushed for 38 yards on seven carries and scored on a 24-yard run in the second half.

Marshall caught six passes for 96 yards, including a 27-yard TD on a perfectly thrown ball from Rogers.

McKnight rushed for 69 yards on nine carries and scored on runs of 36 and 10 yards.

Sophomore Amani Larry made a big 12-yard catch over the middle on fourth-and-11 on the Panthers’ second touchdown drive. Williams scored his first touchdown on the next play.

Larry, who had three catches for 32 yards, also threw a 25-yard touchdown pass to Johnathan Jones for the Panthers’ final touchdown.

Chase Hill was a perfect seven-for-seven on PATs. He also had a TD reception nullified by a penalty.

Shreve finished with 240 total yards, according to Parkway stats. But 137 of that came on the Gators’ first drive and the trick play. Shreve completed just five of 17 passes.

Tony Beckwith had a strong game, finishing with seven solo tackles and one assist, according to Parkway stats. He had four tackles for loss, including two solo sacks.

David Morales had three solo tackles and three assists. Caleb Reese had a nice interception that led to a touchdown. He also had three tackles and one assist,

Cordarious Moore had one solo tackle for loss and one solo sack.

Williams, Rayshon Cook, Marquise Jameson, Stoney Butler, Henry Sandifer, Joey Cook and Codie Bickel were all credited with being in on two tackles.

Parkway reserves got plenty of playing time on both sides of the ball from late in the third quarter until the end of the game.