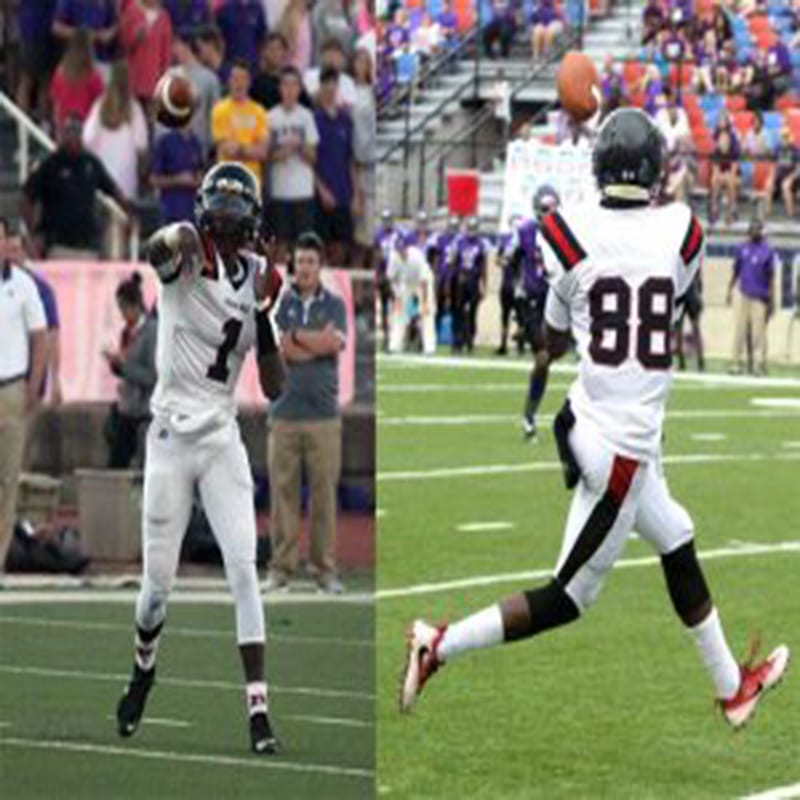 The Parkway Panthers’ first spring scrimmage under new head coach Neil May was a big success.

Seniors-to-be Justin Rogers and Terrace Marshall, two of the top college prospects in the country, performed as expected. Rogers passed for about 350 yards and five touchdowns, all to Marshall, whom some recruiting websites consider the top wide receiver prospect in the nation in the Class of 2018.

“During the nine days of practice, we tried to be as efficient as we could while installing a new offensive and defensive scheme while some of our new coaches familiarized themselves with our players,” May wrote in an email. “We were pleased with the effort of our players in the scrimmage. We look forward to working hard this summer to continue developing our players mentally, physically, and spiritually.”

May said wide receivers Amani Larry, Darius Bradford and Chase Turner made “considerable contributions” in the scrimmage.
Eric “EJ” Williams also had a couple of good runs and made some catches out of the backfield, May said.

“Strong safety Trace Schmid had several good tackles and showed tremendous toughness. Free safety transfer Israel Mukuamu showed great range in the secondary and the ability to come up in run support.”
May also liked the way his incoming freshmen performed in the scrimmage against the Ouachita freshmen.

“Gabe Larry looked great in his debut as a Parkway QB with several great passes and long runs,” May said. “Brady Norcross had a good night running and catching the ball as well. The offensive and defensive lines in this group have a tremendous upside. Lots of size and potential.”

In the JV session, sophomores-to-be Mukuamu and Tommy Cook took snaps at quarterback as well as junior-to-be Larry.
Parkway is coming off an 11-2 season. The Panthers lost only to Division I state champion Evangel Christian and Class 5A state champion Landry-Walker.

The offseason has been challenging. David Feaster was relieved from his duties after six seasons as head coach on Feb. 17 by principal Waylon Bates, a move several prominent players, including Rogers, criticized on social media.
May, the defensive coordinator for the past eight seasons, was hired as head coach on March 14. Rogers praised the hire during May’s introductory press conference.