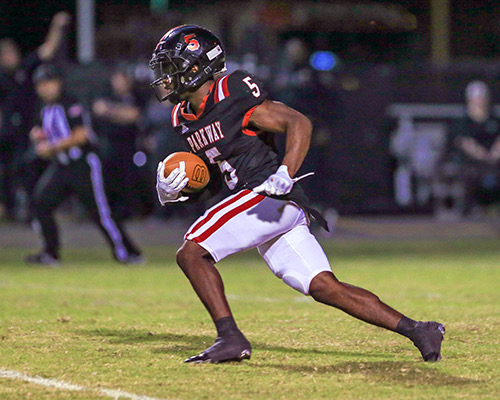 Richmond accounted for 2,315 total yards and scored 26 touchdowns for a Panthers team that went 8-5 and reached the quarterfinals of the playoffs.

Richmond was the Offensive MVP on both The Press-Tribune’s All-Parish and All-District 1-5A teams.

He was one of three players from District 1-5A named to the first team. Captain Shreve wide receiver Kendrick Law, an Alabama signee, and Natchitoches Central senior defensive back Justin Aaron were the other two.

Zachary junior quarterback Eli Holstein, a Texas A&M commit, was named the Outstanding Offensive Player. He completed 204 of 313 passes for 3,228 yards and 30 TDs with six interceptions. He also rushed for 518 yards and 14 touchdowns.

Zachary’s David Brewerton, who guided his team to a 15-0 record and the Class 5A state title, was named Coach of the Year.