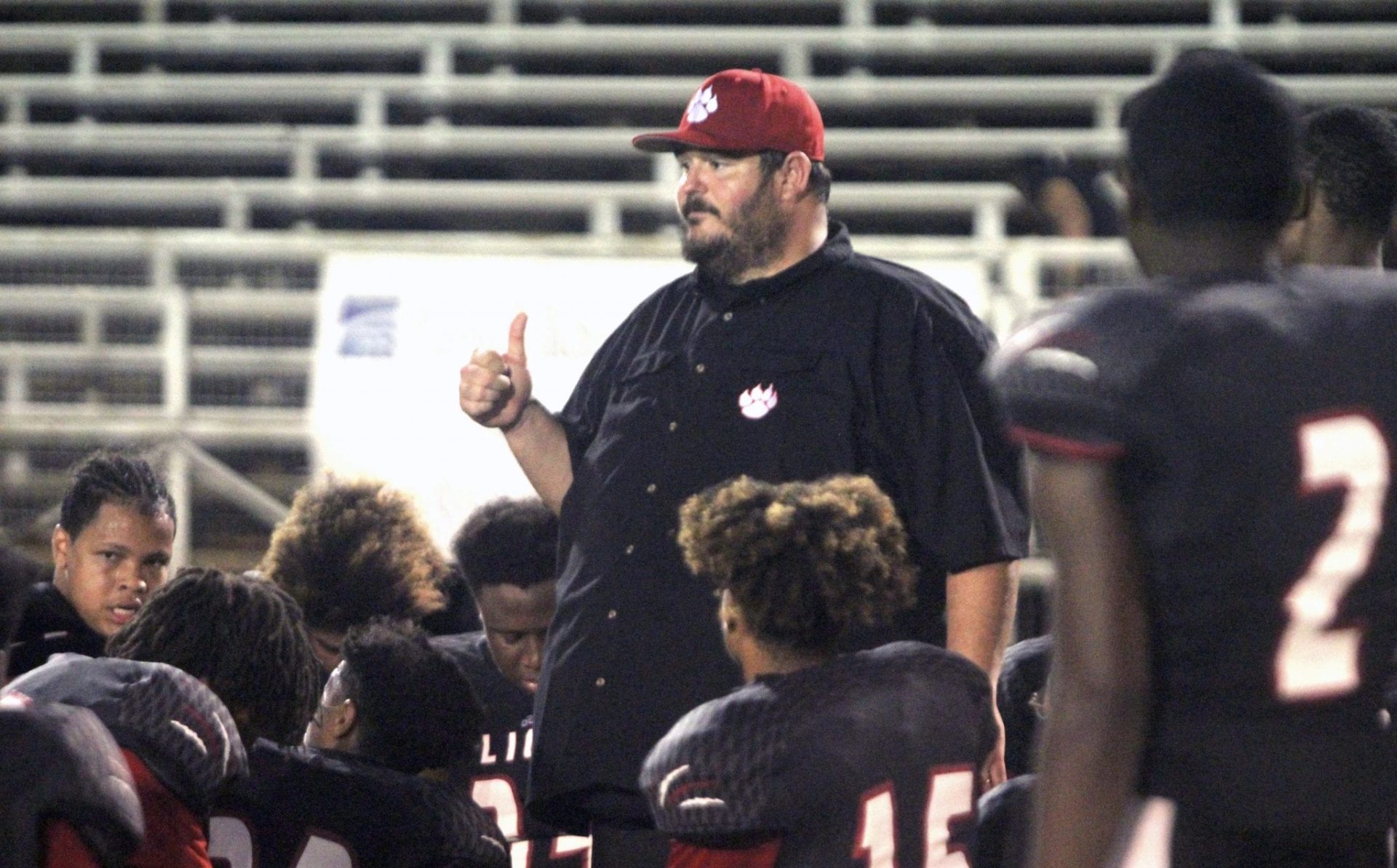 He has accepted a position as a football assistant and head track and field coach at Red River.

“He gave me the bad news yesterday morning,” Plain Dealing principal Sandrina Isebaert said Thursday afternoon. “We’re going to open the job and try to find a good fit for our school and for our kids.”

Schools have been closed since March 16 because of the COVID-19 pandemic. In a memo last week, the LHSAA said no summer workouts in any sport would be allowed until June 8.

“I guess if you’re going to lose your coach this is not a bad moment to do it,” Isebaert said. “At least we’ll have a couple of weeks to find someone else and we’re not falling behind every body.”

Often faced with the challenge of finding enough players to field a team safely, Thurman compiled a record of 20-37. In 2016 a Lions team led by Keldrick Carper went 6-7 and reached the quarterfinals of the Class 1A playoffs.

Last season was Thurman’s second best. The Lions went 5-6, losing to Delta Charter 42-38 in the first round of the playoffs.

“He was a good coach for us,” Isebaert said. “The kids really liked him. We had some great moments. He took us to the quarterfinals of the playoffs one year. We were sad to see him go. I just want to thank Coach Thurman for five good years.”

Thurman said his relationship with Red River coach John Bachman along with the ongoing challenge of finding enough players at Plain Dealing were two factors in his decision.

“Me and Coach Bachman have been in contact the last couple of offseasons, him trying to pursue me to come down there,” Thurman said. “The last two times the timing wasn’t right.

“After looking at this season and looking at some of the things we would be facing at Plain Dealing it just looked like the timing was right.

“I hate to leave Plain Dealing. I do. I worry about the future of the program. Our numbers are so low. I worry we’re going to look up one day, maybe not this season but maybe the next, and we’re just not going to be able to put a product on the field. And if that happens I may not have an opportunity like I do right now to go to Red River.”

“For the last couple of years at Plain Dealing I feel like my focus has gone from trying to win football games to play football games. … It stopped being fun for me. It stopped being something that I just enjoyed. It wasn’t fair for the kids to be out there doing it when I wasn’t enjoying doing it. I feel like this is going to be a better situation for me to go and actually just coach, not having to worry about all the headaches that come with being a head coach.

“Coach Bachman is a class guy and I’ve known him for awhile. I’ve been wanting to get together with him and work with him awhile. It’s a good situation for me for sure.”

Thurman said he is looking forward to establishing new relationships at Red River, but he’ll miss those he’s had at Plain Dealing.

“It’s hard,” he said. “This is the longest tenure I’ve had anywhere as a head coach or an assistant as far as a teacher and everything. It’s become like home to me, Plain Dealing has. The relationships I’ve created with my co-workers and getting to know these kids. I’ve watched these kids grow up pretty much for five years. That’s hard to let go of … It feels like home. It’s hard to leave. Very emotional.”

One of the hardest parts of leaving was not being able to tell his players in person his decision.

But he said he has been able to get in touch with them through phone calls or texts.

“I wanted them to hear it from me instead of reading it,” he said. “It wasn’t ideal. It was emotional. I didn’t send a blanket text. I sent a personalized message to each of them. It definitely got a little emotional for sure.”