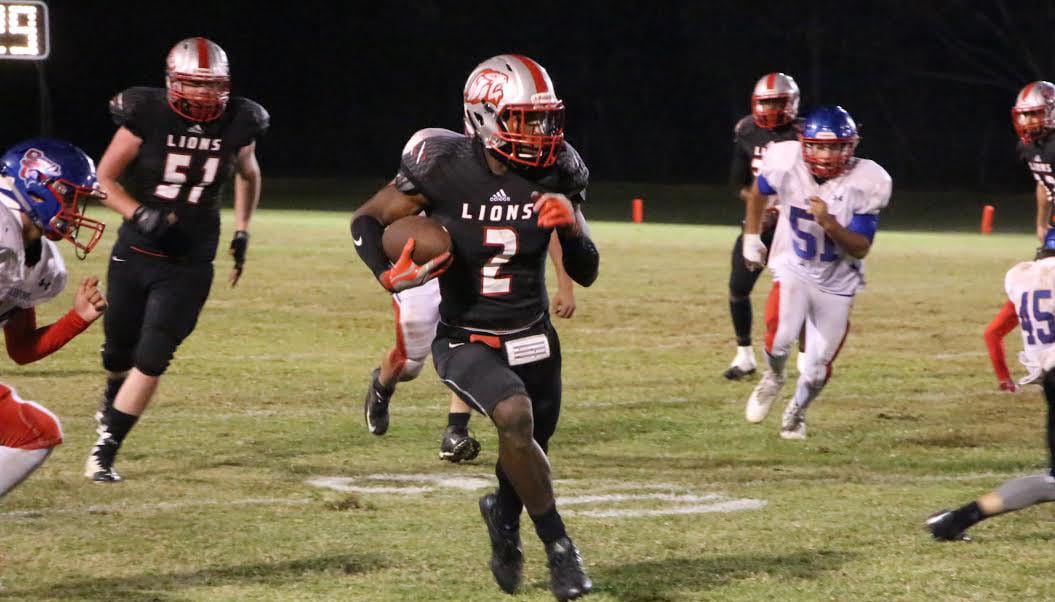 The Plain Dealing Lions jumped on the South Cameron Tarpons early and rolled to a 44-14 victory in the first round of the Class 1A playoffs Friday night at Plain Dealing.

The No. 13 seed Lions (5-6) will be on the road against No. 4 Oberlin (9-2) in the second round this Friday. The Tigers routed No. 29 North Central 43-0 in the first round.
Oberlin knocked Plain Dealing out of the playoffs in the first round last season 32-18.

Derreon Washington scored on both sides of the ball. He ran a fumble back for a touchdown and had a rushing touchdown.

Demeiko Ford returned a fumble for a touchdown.

It took the Lions a little while to get going. The Tarpons ate up almost half the first quarter on a long drive. Plain Dealing stopped it with a fourth-down interception.

The Lions then scored their first defensive touchdown and were off and running, building a 24-0 lead by late in the second quarter.

“The defense played lights out for the most part,” Plain Dealing coach James Thurman said. “It was a pretty good night overall.”

There was a scary moment late in the game when Washington was knocked unconscious on a South Cameron two-point conversion attempt. He was taken by ambulance to a hospital.

Thurman said Washington suffered a possible concussion and stinger but had full movement. His availability for the second-round game is questionable.