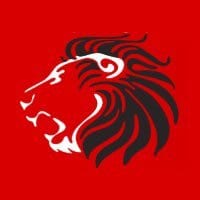 After a rough outing in a Week 3 loss to Arcadia, Plain Dealing head coach Christopher Wilson had a simple message for his Lions last week as they prepared for Thursday’s game against Lincoln Prep.

It’s something he’s basically been stressing since he became the head coach.

“Just trust the process,” he told them. “Believe in what the coaching staff is doing; believe in their teammates.”

The Lions responded with a 52-14 victory at Cedar Creek’s Stadium in Ruston.

The Lions were originally scheduled to play Ringgold on Friday night. But Ringgold had to cancel because of COVID-19 issues.

Plain Dealing will instead travel to Monroe to play District 2-1A’s River Oaks (1-2). The Mustangs are in their first season in the LHSAA after playing in Louisiana and Mississippi private school leagues for many years.

Nine Lions got a chance to carry the ball. Cedarius Johnson led the team with 82 yards on just four carries, including a 47-yard run.

Quarterback Keionje Perry rushed for 69 yards on six carries. He completed five of seven passes for 167 yards and three touchdowns.

Darrien Perry had a 90-yard touchdown catch. He finished with three catches for 150 yards. Perry also threw a touchdown pass.

Tre Boyd scored three touchdowns. He caught a TD pass and ran 36 yards for a score. He also picked up a bad snap by the Panthers and returned it for a touchdown.

A week after failing to make one stop against Arcadia, the defense forced six turnovers.

“We started pretty slow,” Wilson said. “It was 0-0 at the end of the first quarter then everybody turned it up. Defense did a good job.”