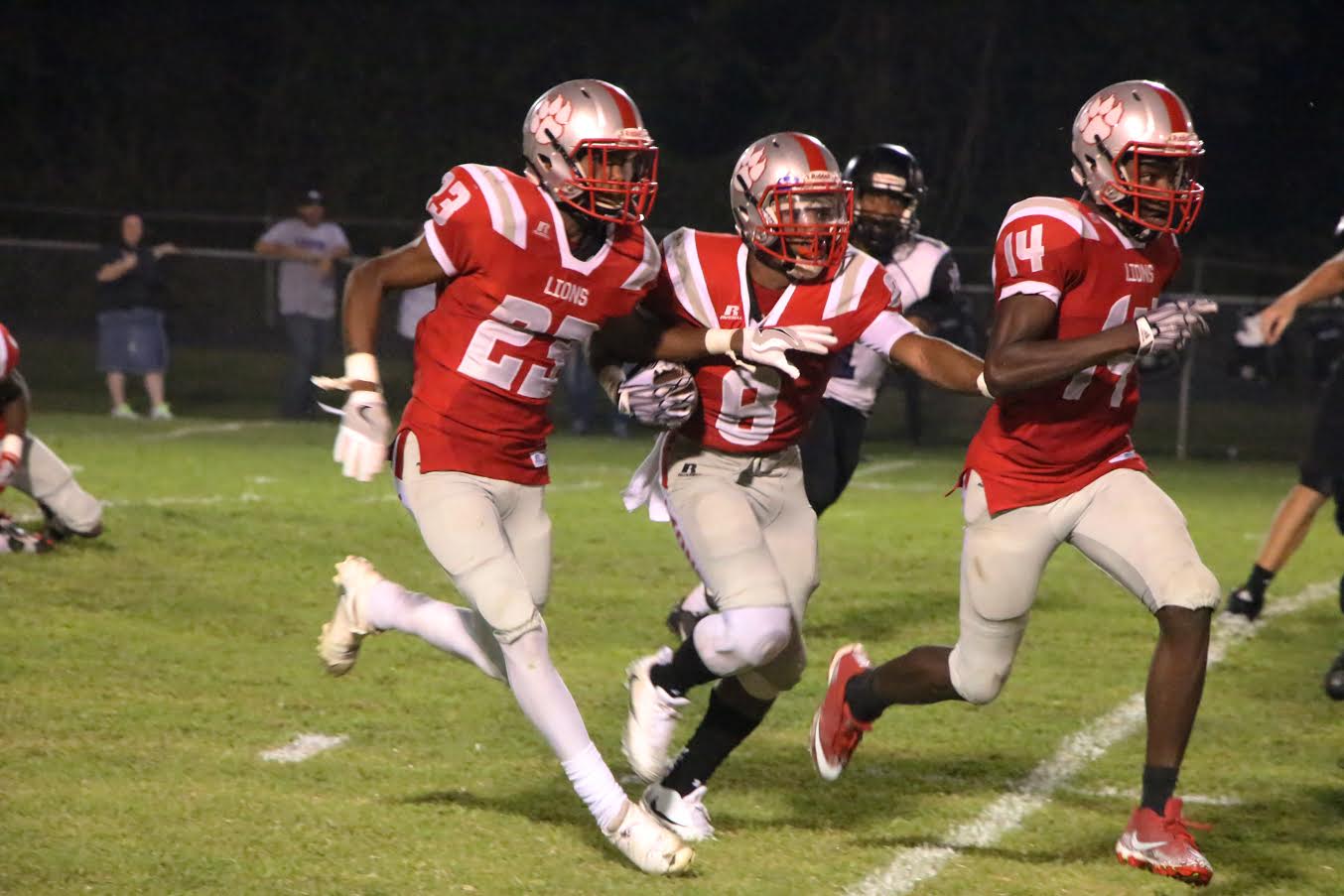 The Plain Dealing Lions opened the season with a 47-0 rout of University Academy of Central Louisiana on Friday night in Plain Dealing.

Things got off to a shaky start for the Lions. Early in the game, sophomore quarterback Dada Washington bobbled the snap, picked it up and headed around right end. It looked like Washington was going to score but he fumbled at the 1 and the ball went through the end zone for a touchback.

That’s about all that went wrong for Washington and the Lions, though.

Plain Dealing led 6-0 after the first quarter and extended the lead to 19-0 at the half. It was 40-0 at the end of three quarters.

The Lions defense did its part, too, scoring on a fumble return. Special teams also got in on the fun. Besides Washington’s TD return, the Lions recovered a couple of onside kicks and turned them into touchdowns.

“The defense kind of kept them in check all night,” Plain Dealing coach James Thurman said. “We caused several turnovers. We had a few miscues. We turned the ball over three times — fumbles and things like that, some things we have to clean up. But overall a great team effort.

“We got it done on special teams, defense and offense. We’ve got to clean some mistakes up but other than that I’m pretty proud of them.”

University Academy is located on the campus of LSU Alexandria. The District 3-1A school is playing for LHSAA district honors for the first time this season.