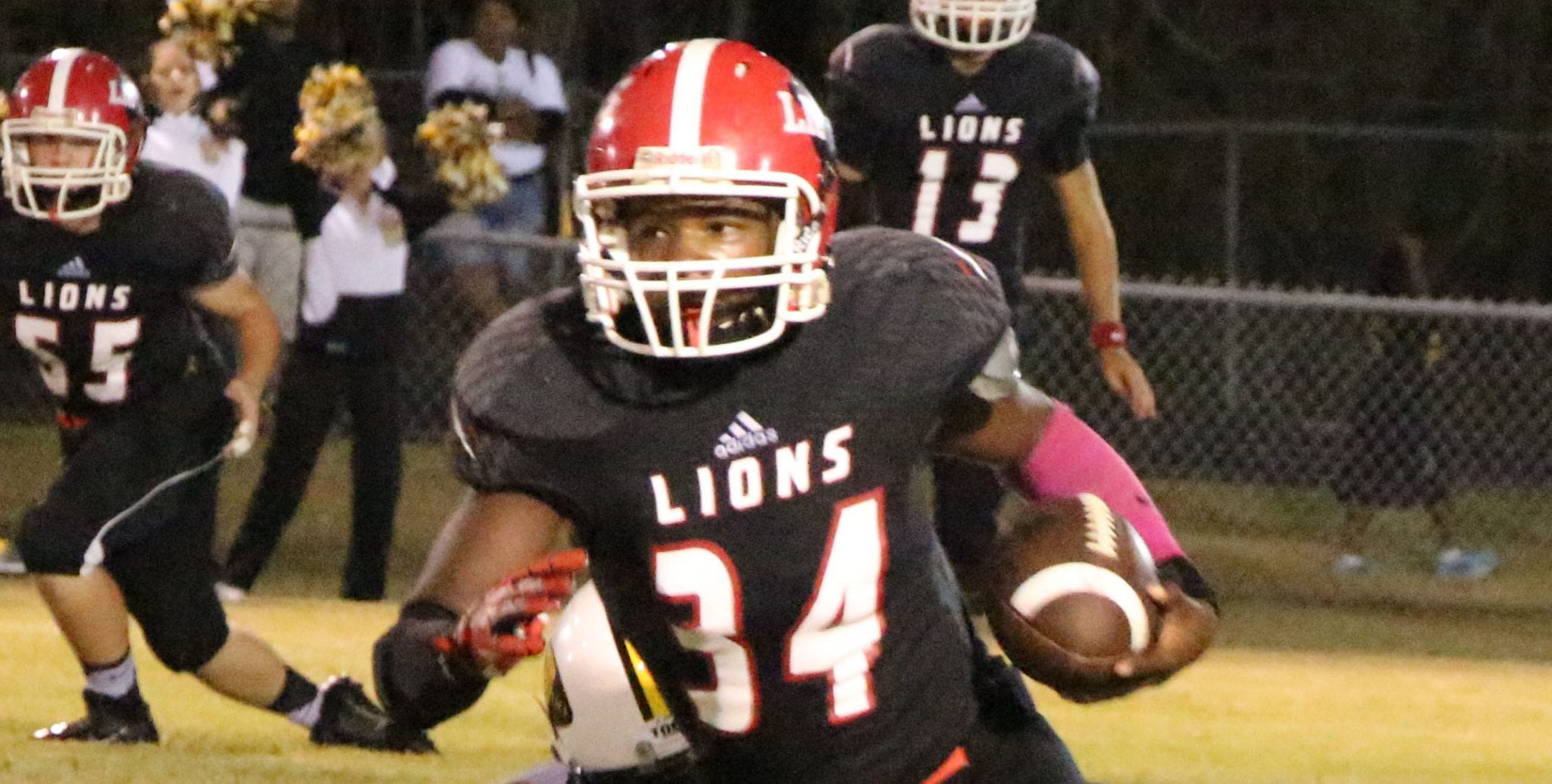 The Plain Dealings Lions pulled off a big upset Friday night, defeating the No. 4 seed Oberlin Tigers 14-6 in the second round of the Class 1A football playoffs in Oberlin.

District 4-1A champion Oberlin, which had a nine-game winning streak snapped, closed its season 9-3.

“The last two weeks our kids have played above their heads. They’ve played the best football they’ve played all year,” Thurman said. “Like I told them — if you’re going to pick a time to do that why not now. They played lights out.”

The start of the game was delayed by an hour when a line of thunderstorms moved in. The rain made field conditions tough.

After the Tigers took an early 6-0 lead, the Lions tied it on Shavolyea McKinney’s 4-yard run.

Plain Dealing took the lead for good with about 3 minutes left in the half. The Lions had tackles for losses three plays in a row, forcing a punt. Keldrick Carper caught it around the Lions 25 and took it the distance.

“I told Keldrick, ‘Hey, with the conditions we got right now as far as us moving the ball on offense I need you take this punt to the house,’ ” Thurman said. “And he did.”

Carper got two big blocks along the way. The two-point conversion was successful and the Lions took a 14-6 lead into the lockerroom at halftime.

Plain Dealing had two touchdowns called back because of penalties in the second half, but it didn’t matter because the defense dominated.

The Tigers didn’t get within 35 yards of the Lions goalline.

Freshman Artavious Washington-Carper sealed the victory with an interception with about 40 seconds to play.

Thurman said Washington will be able play against Oak Grove. In fact, he used it as motivation at the half.

“I told them at halftime, ‘You seniors, if you want another chance to play with Derreon you’ve got to earn it for next week,’ ” he said. “They came through for us.”