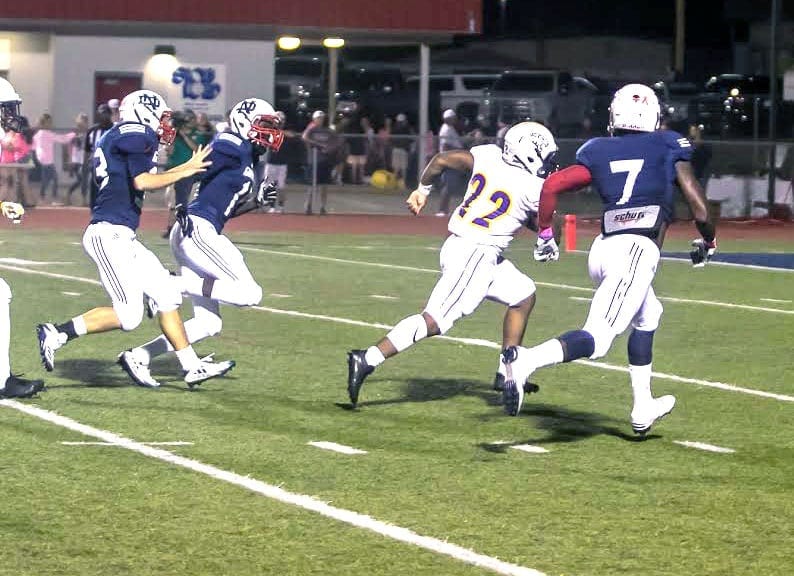 It looks like five of the six Bossier Parish teams will be headed to the playoffs, which is about par for the course in recent years.

Plain Dealing is just 3-4 but there are only 32 teams in Class 1A and all will make the playoffs.

The Tigers are currently ranked No. 1 in the LHSAA’s power rankings, which determine playoff seedings.

Benton’s victory over North DeSoto was obviously its closest this season. The second-closest was a 50-42 win over Northwood in Week 5.

The Tigers led 34-20 in the fourth quarter only to see the Griffins rally to within one. North DeSoto missed the PAT with 2:11 left.

Benton was able to pick up a first down and run out the clock.

Benton coach Reynolds Moore was naturally happy with the win, but he wasn’t pleased with how the Tigers played.

“You feel like you got one you didn’t deserve to win,” he said. “I think that’s probably a sign of a good team. Good teams don’t let it happen two weeks in a row. We’ll see what practice looks like next week and what kind of effort we get on the field.”

I expect it to be a very good effort against Huntington and another victory.

The Vikings probably need one more win to take any suspense out of making the playoffs. Airline plays Captain Shreve (3-4, 1-2), which has lost four straight, in its final home game Friday.

But coach Bo Meeks believes his team can move into the top 16 and host a first-round game by winning its final three. Airline closes the regular season with what will be tough road games against Byrd and Haughton.

A win over Southwood on Friday at Lee Hedges Stadium may be enough to secure a first-round home playoff game.

The Bucs’ final two games are against parish rivals Parkway and Airline.

Parkway fell to 3-4 and 2-2 last week, losing to Byrd 49-34. The Panthers are still No. 23 in the 5A power rankings. A win over Class 1A Homer (2-5) probably won’t boost their ranking much, but it could be good enough to clinch a playoff berth.

Bossier (2-5, 0-4 1-4A), No. 45 in the 4A power rankings, is not eliminated from playoff contention, but the Bearkats will likely need to win their last three games to have a shot, starting with Woodlawn on Friday.

While Plain Dealing is in the playoffs, the Lions need a strong finish to have a chance at hosting a first round game.