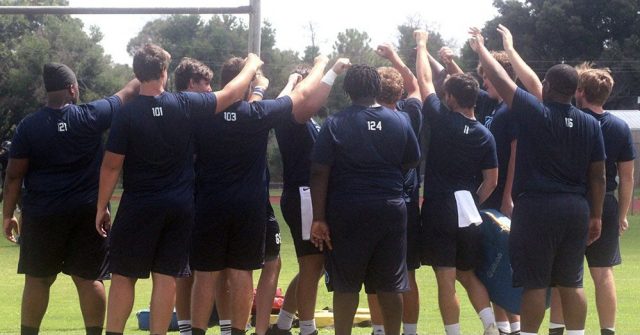 Airline vs. Huntington at Independence Stadium, 6

Last year, the first time coaches got a chance to see how their teams would fare against an opponent was the fall scrimmages.

Spring scrimmages were canceled because of the COVID-19 pandemic. Jamborees were too, but teams were allowed a fall scrimmage before the season opener.

This week fall scrimmages part of the regular routine that continues with jamborees next week, including the Bossier Lions Club Jamboree on Friday, Aug. 27.

Unfortunately, Covid-19-related issues have caused changes in the Friday scrimmage schedule. Airline was supposed to visit 2020 Class 5A runner-up Alexandria. Instead, the Vikings are playing Huntington at Independence Stadium at 6.

Bossier was scheduled to play Red River but Red River had to cancel. The Bearkats are now playing Wossman at 6 in Monroe.

Scrimmages follow similar formats. There are usually a couple of untimed series of around a dozen plays with first and second teams. Some scrimmages also include freshman teams.

Some also have a segment for goalline plays. They usually end with a 12-minute “quarter”  played like an actual game.

Scrimmages give players a break from the routine of preseason practice, a chance to go against someone other than a teammate. Coaches get the opportunity to see how well the new starters are meshing with the veterans. They also get video they can use for evaluation heading into the jamboree.

Bossier fans who make the trip to Wossman will get a preview of the spread offense installed by new head coach De’Aumante Johnson. Wossman, a member of District 2-3A, went 1-3 last season.

Airline will be facing a Huntington team that went 6-2 last season and made it to the second round of the Class 4A playoffs.

Northwood, Parkway’s opponent, went undefeated on the field in the 2020 regular season. The Falcons suffered a 28-27 loss to Leesville in the first round of the Class 4A playoffs.

Haughton is taking on a North DeSoto squad that won its final four regular-season games last year and reached the second round of the 4A playoffs.

Green Oaks, Plain Dealing’s opponent, has a new head coach, Chadwick Lewis, and a new starting quarterback. The Giants also have one of the state’s top receivers in De’Coldest Crawford.

If Bossier finds a replacement opponent, fans will get a preview of the spread offense installed by new head coach De’Aumante Johnson.

Of course, like the Bossier Parish teams their opponents have a mixture of veterans and newcomers. So last season’s results aren’t necessarily an indication of how they will fare this season.

Scrimmage results aren’t either. But they give coaches a chance to see how far their teams have come since the first day of practice.