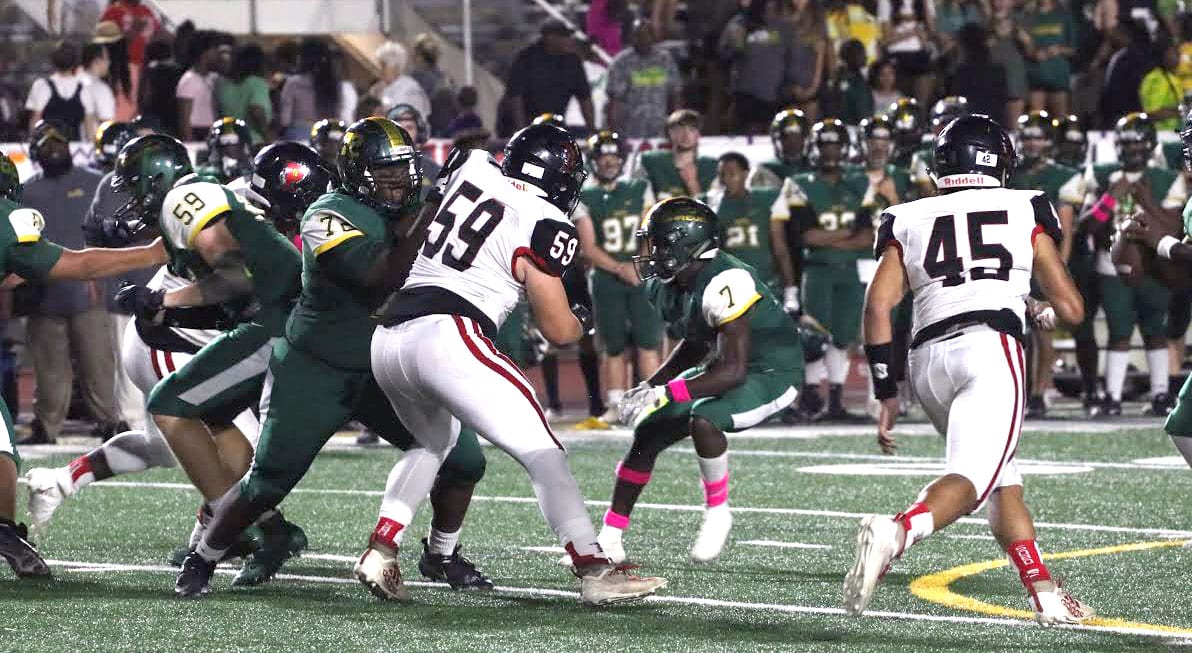 Then the wheels came off. Shreve scored three touchdowns in less than three minutes early in the fourth quarter en route to a 35-13 District 1-5A victory at Lee Hedges Stadium.

While Parkway wasn’t able to get a lot going on offense, the defense kept the Panthers in it.

Shreve jumped out to a 13-0 lead in the first quarter. The Gators’ first touchdown was a 94-yard run by speedster DJ Fleming.

The Panthers got on the board in the second quarter on a 23-yard pass from Gabe Larry to Quincy Jones. Peyton May’s PAT got Parkway within 13-7.

And that was the score entering the final quarter.

The Gators finally ended the scoring drought on a short run by Fleming.

The Panthers fumbled the kickoff and Shreve capitalized.

Parkway then went three-and-out. Mark Green pinned the Gators at their 10 with a 70-yard punt. A 47-yard run got Shreve out of the hole. Two running plays later the Gators were in the end zone again and led 35-7.

Larry hit Jalun Reed for a 46-yard TD to close the scoring.

According to The Times, Fleming rushed for 238 yards on 23 carries and scored four touchdowns. In the last two years, Fleming has gained 418 yards against the Panthers.

Last week, Parkway rushed for 442 yards and had almost 600 yards total offense in a win over Benton. Friday night, the Panthers were held to 40 yards on the ground.