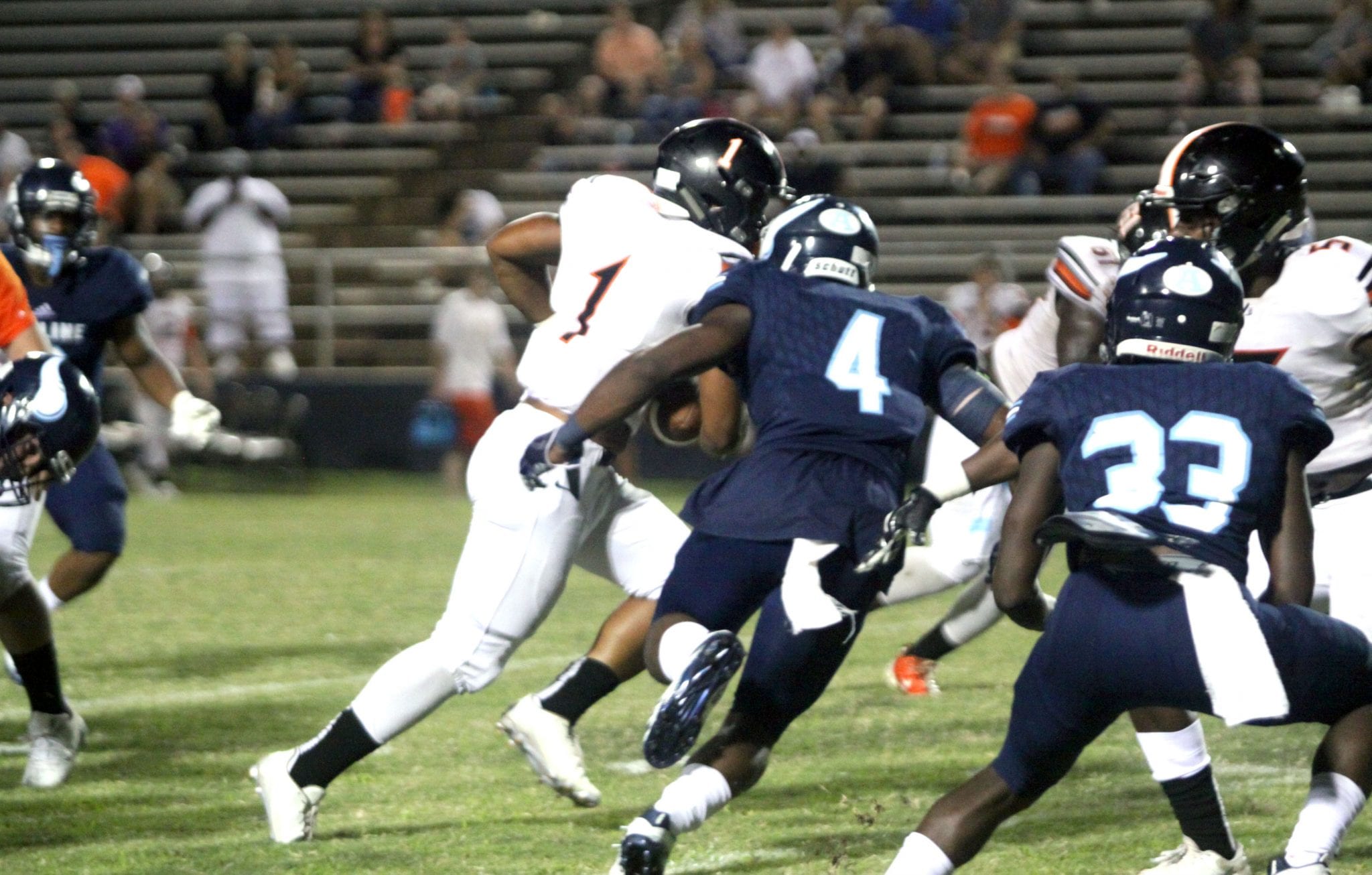 Airline has had many outstanding defensive efforts in Bo Meeks’ tenure as head football coach, but there may have been none better than the one the Vikings put together in their season opener Friday night at M.D. Ray Field at Airline Stadium.

Airline held the visiting Fighting Famers without a first down in the first half en route to a 30-0 victory. Union Parish finished with just three total first downs.

The defense came up big in the first half. The Farmers had first downs at the Vikings 19 and 15 after turnovers and the 31 after a good kick return. Each time Airline turned them away, including a fourth-and-1 situation late in the first half with the score 14-0.

“We played really, really well defensively,” Meeks said. “One of the best games I can remember us playing since I’ve been here. We played physical up front and fast to the football — made plays, forced turnovers, did a great job.”

Airline’s offense struggled a bit early. The Vikings scored on a 90-yard drive kickstarted by a 27-yard pass from Brad Fream to Nate Fullilove from the Vikings 10. Cameron Davis had an 18-yard run and Coby McGee went 9 yards (plus a late hit) on a fourth-and-2 deep in Union Parish territory.

Airline overcame two holding penalties, including one that wiped out a TD pass to Fullilove. On the next play, however, Fream hit Fullilove for the 19-yard score.

Fream and McGee hooked up for a 41-yard touchdown on fourth-and-7 for the Airline’s second TD.

Union Parish, whose first-team quarterback suffered a first-half injury, according to Airline radio, showed a little life on offense early in the third quarter. The Farmers got two first downs and advanced to the Vikings 20. But the Vikings held on fourth-and-3.

Airline wore Union Parish down in the second half with its running game led by Davis and sophomore Thomas Williams. Davis scored on a 4-yard run and Williams went in from 6 yards out.

“We had a little trouble getting our run game going early,” Meeks said. “Then we made a couple of big plays in the passing game to get the lead. Just made some mistakes here and there and then late in the third and fourth quarter we really started running the ball well. We did a couple of things different as far as what we were trying to attack and kind of opened up everything.

“I thought the offensive line and the running backs played really, really well late. I was really pleased with the way they finished.”

Davis rushed for 91 yards on 13 carries. Adrian Brooks had seven carries for 36 yards. Williams rushed seven times for 33 yards and also had two catches for 32 yards.

This marked the third straight year Airline has defeated Union Parish in its season opener.

“They’re a great football team,” Meeks said. “We know what we’re going to get every year we play them. They’re big and athletic and play extremely hard and physical. That’s what you get when you play them. A good first test for us. I really like playing that game first because they’re going to give us a challenge every time.”

Airline faces visits Bastrop on Friday. The Rams lost to George Washington Carver 20-12 in their season opener in New Orleans.