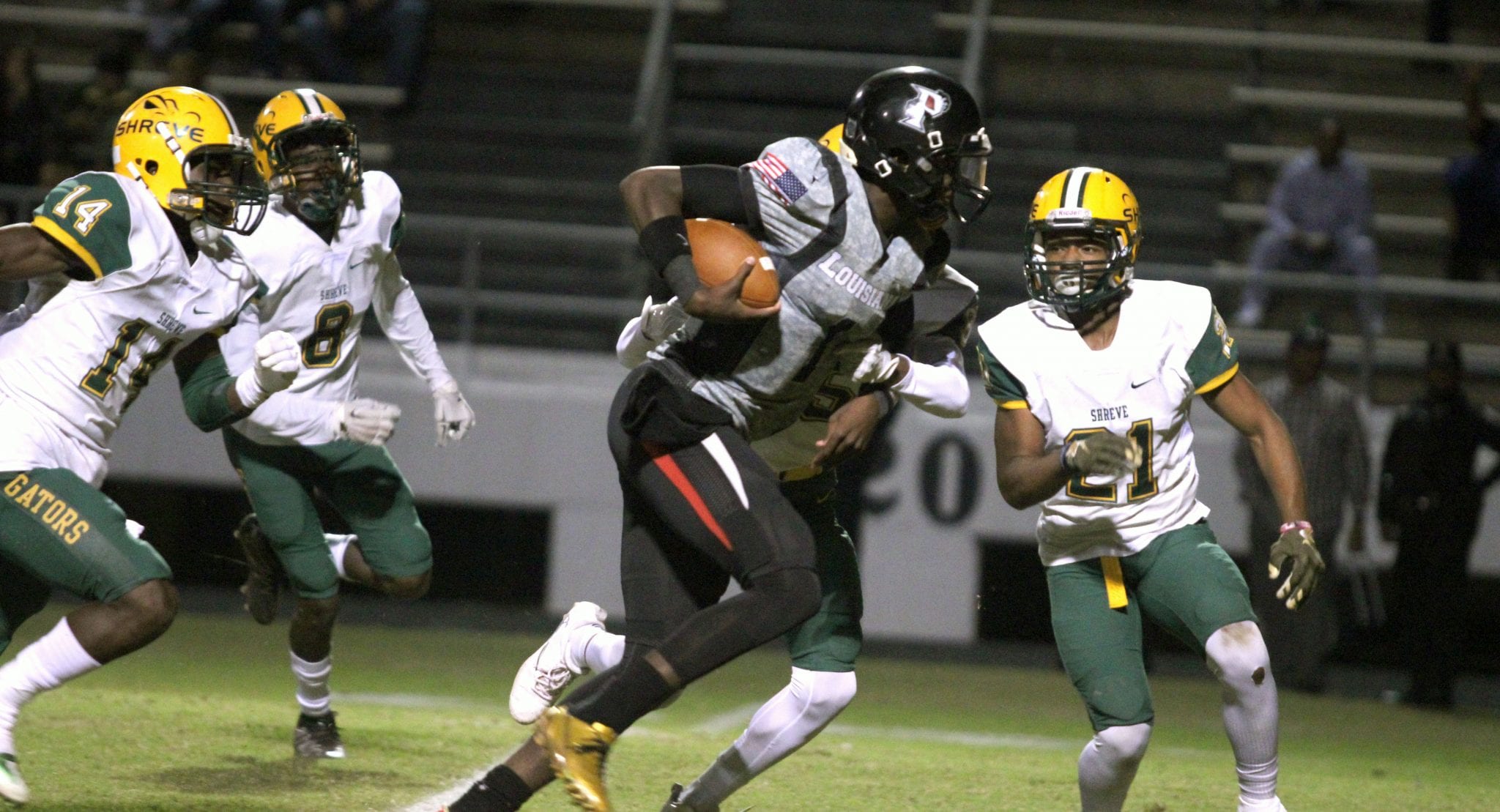 For most of the season, the Parkway defense has been overshadowed by its high-powered offense.

That wasn’t the case Friday night in Baton Rouge.

The defense came up big for the No. 4 seed Panthers in a 26-14 victory over No. 20 Central in the second round of the Class 5A playoffs.

“The defense was great,” Parkway coach David Feaster said. “Our guy have really fought hard all year long and probably haven’t received enough credit. The style of our offense puts the defense out (on the field) at lot. They had to come up big because Central did a good job of shutting down our offense. Field position was the key.”

Parkway’s defense made its biggest play early in the fourth quarter.

The Wildcats led 14-13 and were deep in Parkway territory looking to extend the lead.

But Derious Bradford forced a fumble at the 10. Tony Beckwith picked up the ball and sprinted almost the length of the field to the end zone. A two-point conversion attempt failed, but Parkway was ahead to stay at 19-14.

“They were looking like they were going go to in and score and we took it and got a lead,” Feaster said. “It was an incredible turn of events.”

After the Panthers stopped the Wildcats on a fourth-and-4, Parkway’s Justin Rogers hit Johnathan Jones for a 13-yard touchdown and the Panthers led 26-14 with 7:51 left to play.

Malcolm Banks intercepted a pass on Central’s ensuing possession. Jones had an interception in the first half.

Parkway also made a stop on fourth-and-2 in the third quarter.

The Parkway offense had its moments. In fact, the Panthers had 400 total yards with 282 of that coming on the ground. Several times Parkway came up just short on fourth-down tries.

Robert McKnight caught a 42-yard touchdown pass from Rogers to give the Panthers an early lead.

He also scored on a 9-yard run in the third quarter after Kameren Ashley intercepted a pass on a fake punt attempt. On the Panthers’ final TD Drive, McKnight ripped off a 40-yard gain.

Rogers only passed for 118 yards, but he rushed for 92 on 16 carries. That total includes 19 yards in losses.

The Panthers reached the Wildcats 13 late in the first half but failed to score.

“They did a good job of taking away some of our better stuff,” Feaster said.

The Panthers allowed only one offensive touchdown. The Wildcats ran the opening kickoff of the second half back for a TD.

According to Parkway stats, David Morales led the Panthers with five solo tackles and eight assists. Cordarious Moore and Joey Cook were in on eight tackles and Beckwith six. Ashley and Kendall Brown were in on five each.

When Parkway takes on Landry-Walker, some of the state’s top players will be on the field.

Landry-Walker quarterback Keytaon Thompson has committed to Mississippi State. He’s accounted for more than 50 TDs in the 10-game winning streak. Running back Tevin Bush has committed to West Virginia.

“We’ve got our work cut out for us,” Feaster said.