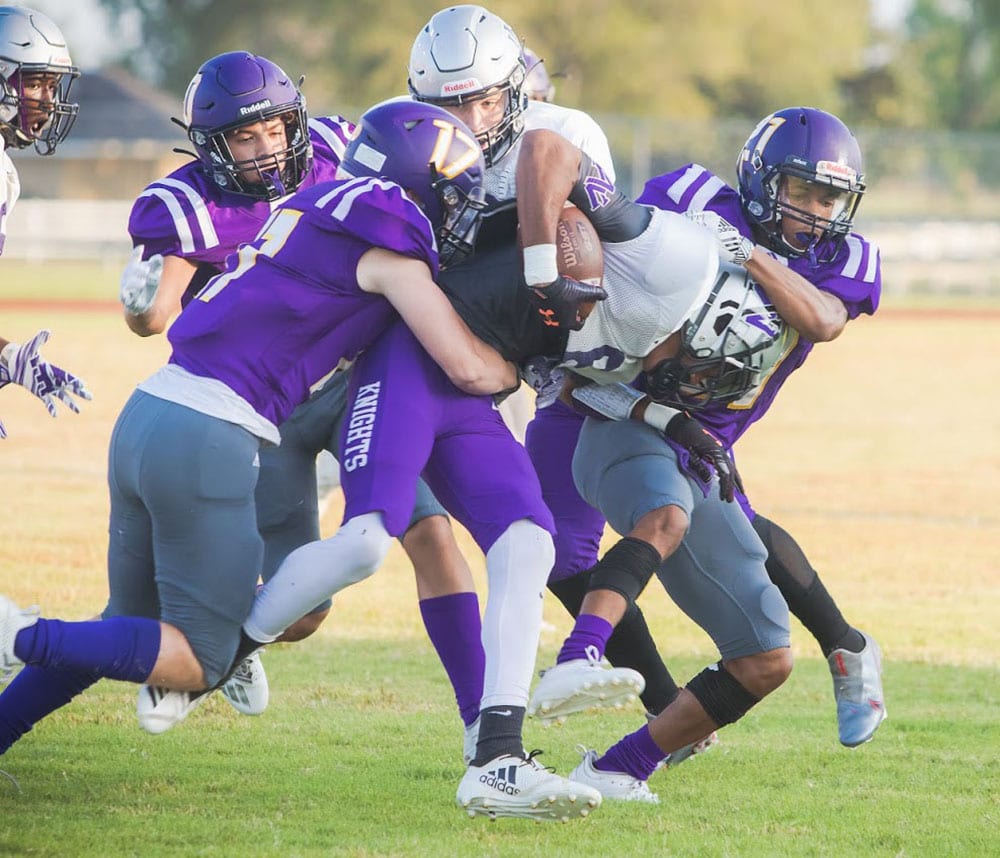 AIRLINE NOTES: Vikings have lost four straight in the series but all have been competitive. “It’s been a fourth-quarter game almost every year,” head coach Bo Meeks, a former Ruston standout, said. “We know how physical they are and that’s one of the things we try to improve on year in and year out, to be more physical.” … QB Alex Garcia, the Offensive MVP on the 2019 All-Parish team, completed 206 of 372 passes for 2,745 yards and 27 TDs with 12 interceptions last season.

WOODLAWN NOTES: Knights defeated Bucs only once in the last decade … CJ Byrd, former Southern QB, begins his second season as head coach … Woodlawn is a member of District 1-4A.

BENTON NOTES: Tigers have defeated Raiders nine straight times, but head coach Reynolds Moore expects a challenge … “They were big and athletic like they always are,” Moore said after watching them scrimmage last week. “They have a kid that can run. They have a couple of kids that can really get after it on defense and tackle well. This could be one of the most athletic teams we play all year.” … Benton is a veteran team with 17 returning starters … Tigers defeated North Webster 33-0 in two live quarters in last week’s scrimmage … Game will be broadcast on 92.1 FM and The Light 92.1 FM Facebook page.

PARKWAY NOTES: Coy Brotherton, former Plain Dealing head coach and offensive coordinator at Captain Shreve, debuts as head coach … Brotherton will be looking for improvement, especially in conditioning, after last week’s scrimmage against Northwood … Brotherton said on The Tim Fletcher Show the Panthers could be short-handed because of COVID-19 and some other issues … Junior Cannon Link makes his debut as starting quarterback.

TENSAS NOTES: Tensas is a member of District 2-1A … Panthers have lost 17 straight dating back to Week 4 of the 2018 season … Panthers were outscored 390-70 last season.

PLAIN DEALING NOTES: Christopher Wilson, former Mansfield and BTW assistant, makes his debut as head coach … Lions got a boost when senior Darrien Perry, a receiver and defensive back, decided to play football. He was considering not playing in order to focus on basketball. Perry was a first-team All-Parish selection in both sports last season … Braeden Sterling takes over as starting quarterback … Two-way lineman Duranzyk Newton is a player to watch.