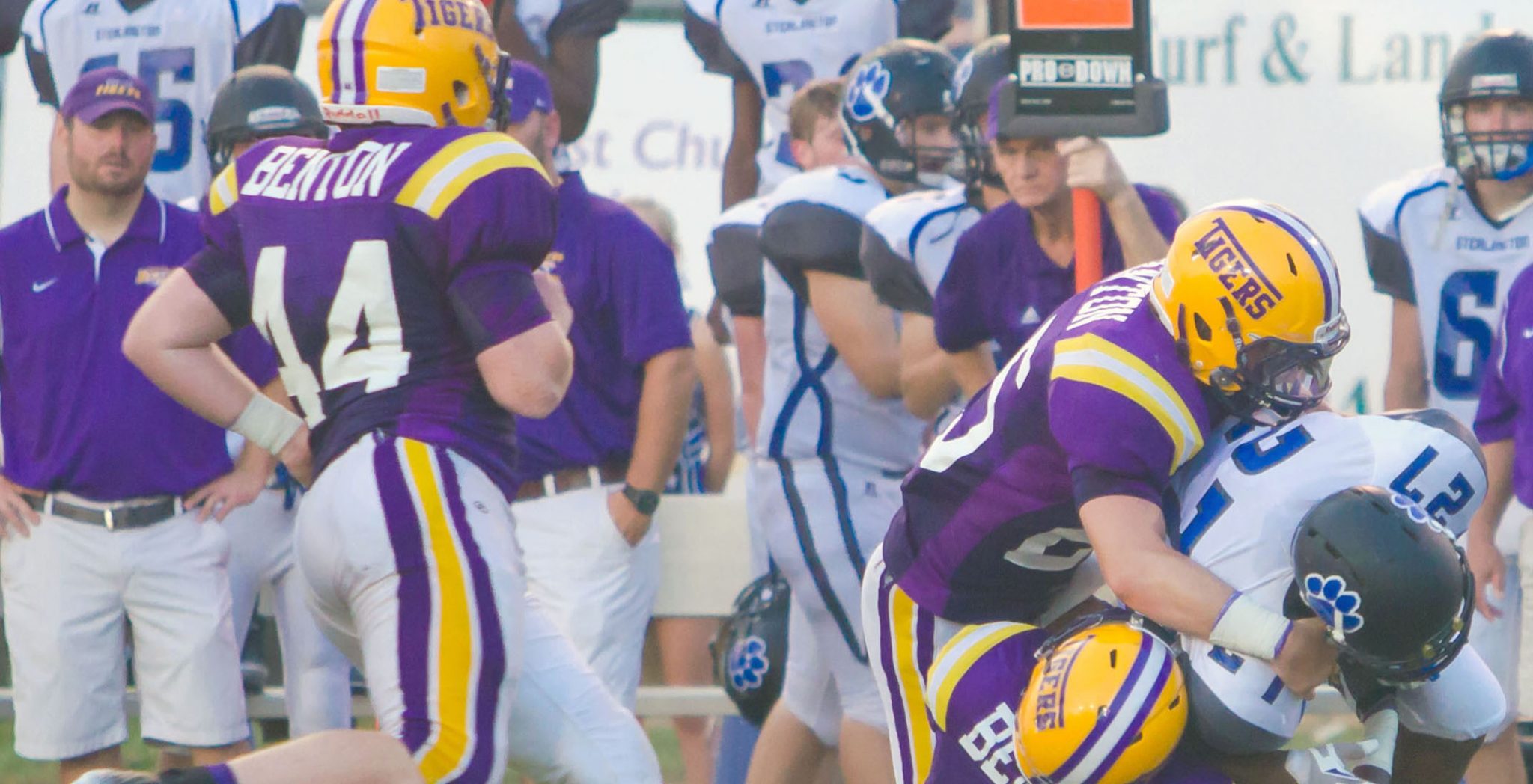 The first week of the high school football season is in the books, and the results were mostly positive for Bossier Parish teams.
Four were victorious —Airline defeated Bosser 57-0, Haughton downed Woodlawn 41-31, Benton got past Sterlington 20-12 and Plain Dealing knocked off Green Oaks 34-24.
Other than Bossier, the only other parish team to go down to defeat was Parkway, which was its own worst enemy in a 46-27 loss to Calvary Baptist.
Friday features another clash between parish teams as Haughton travels to Benton. Elsewhere Friday, Airline hosts Ruston, and Plain Dealing hosts Lakeside.
On Thursday, Bossier takes on Huntington at Lee Hedges Stadium. And Saturday, Parkway plays Marshall, Texas, in The Landers Battle on the Border High School Football Showcase at Independence Stadium.


Airline was impressive against an outmanned Bossier team. Sophomore Noah Hildebrand played well in his first start, passing for 178 yards and three TDs in limited playing time.
Harvey Calhoun caught a pair of touchdown passes, including one from Thomas McKain. Cameron Howell also grabbed one. Shuncee Thomas ran for one TD and caught a pass for another. Brian Fielding and Micah Dunn also reached the end zone, and Nathan Naranjo booted a 27-yard field goal.
The Vikings defense limited the Bearkats Wing-T to just 73 yards.
Airline takes a big step up in competition Friday. Unlike Class 3A Bossier, which had many players going both ways, Class 5A Ruston will be playing two-platoon football like the Vikings.
Ruston was mauled by Neville last week, but you can’t judge the Bearcats by that. Neville is a perennial 4A power and will likely do the same to a lot of teams this season. The Bearcats beat the Vikings last season, but I like Airline’s chances at home.
You can’t judge Parkway by its loss to Calvary, either. The Panthers lost the turnover battle 7-1 and still were very much in the game going into the fourth quarter. No doubt junior quarterback Keondre Wudtee, who threw four interceptions and lost two fumbles, will be better.
Artavious Lynn, William McKnight, Juwon Johnson, Stacy McCray, Demetrius McAtee and Jared Lancaster had positive plays on offense against Calvary. Dante Williams blocked a punt for a touchdown.
The Parkway defense started well but gave up a lot of yards to a team with three of the best players in the state. Of course, it didn’t help that the defense was on the field a lot because of the turnovers.
Parkway hammered Marshall last season. The Mavericks are off to a 2-0 start and are piling up the yards and the points, but I look for the Panthers to redeem themselves for last week’s performance.
The Haughton-Benton game has been a lopsided affair in the Bucs’ favor in recent years. Haughton is definitely the favorite again this year, but Benton has the potential to make a game of it.
Of course, the Tigers will have to slow down quarterback Will Haines, running backs Kei’Untre Normandin and D’Kovin Ware, and receivers Josh Lister and Javonte Woodard, and that won’t be easy.
Benton coach Reynolds Moore got the kind of performance out of his team last Friday any coach would like to have.
The Tigers made the plays at the end of the game when they had to. Jordan White had a big interception return for a TD, and Christian Smith hit Clayton Festavan for a score.
The defense came up with a big stop on a two-point conversion, and Cody Ratliff picked off a pass to seal the victory.
TJ Anderson caught a TD pass in the first half.
Benton did allow two big plays for touchdowns and dropped several passes, something the Tigers can’t afford to do against Haughton.
Bossier was simply outmanned against Airline. The Bearkats will probably still have more players on both sides of the ball than Huntington, but the game is winnable.
Plain Dealing had several impressive performers in its win over Green Oaks, which avenged a big loss to the Giants last year. But senior QB Logan Allen suffered a slight separation of his left (non-throwing) shoulder late in the first half after passing for two touchdowns and running for another.
On Monday, Lions coach Coy Brotherton said he expects Allen to play against Lakeside but he won’t be 100 percent. Brotherton said they will know more Thursday after Allen goes to the doctor again.
With Allen out, the Lions stayed mostly on the ground with receivers Keldrick Carper and Isaac Jacobs alternating at quarterback. Carper had an 86-yard touchdown catch in the first half and a 59-yard TD run in the second. Jacobs also ran one in. Thomas Gay had a touchdown catch in the first half.
Plain Dealing will be facing a Lakeside team that is the opposite on offense from Green Oaks. The Giants threw 37 times last Friday. The Warriors passed once. Lakeside won last year’s game in a high-scoring affair. Allen’s injury muddles things up, but I believe the Lions will win a close one.