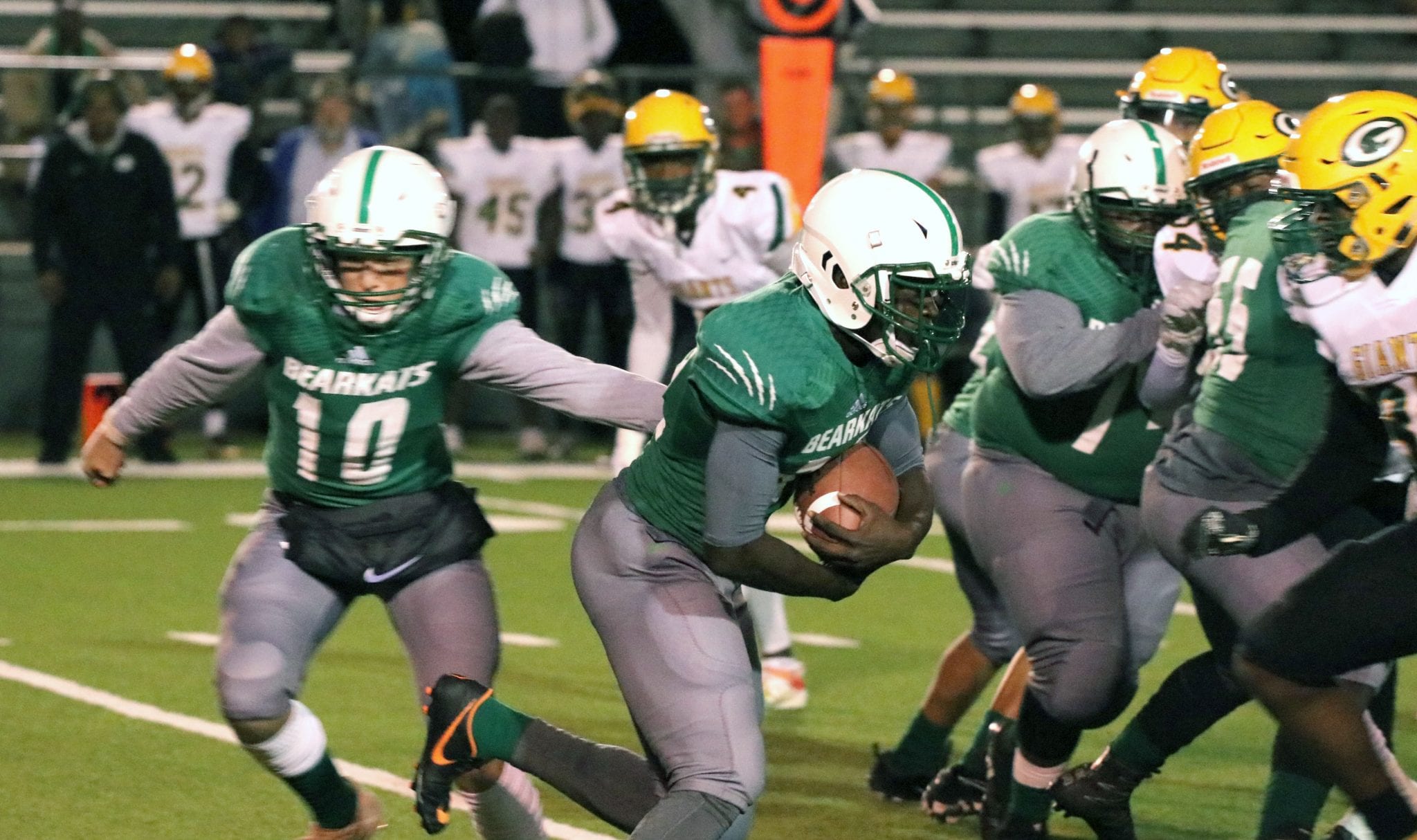 Here is a quick look at Week 10 games involving Bossier Parish teams. This is the final week of the regular season. All games are Friday at 7 p.m.

Airline is No. 19 in the Class 5A power rankings, according to louisianasportsline.com. The top 16 in the final rankings host first-round games. A victory over No. 11 Shreve would certainly give the Vikings a significant boost and could move them into the top 16.

Shreve won 20-10 last season, ending a string of 10 straight losses in the series.

The Vikings scored three touchdowns in the final six minutes to defeat Benton. It took some great plays by quarterback Alex Garcia and receivers Daniel Smith and Kevin Pouncy to pull out the victory.

The Vikings defense also played its part in the second half, shutting down the Benton offense.

Captain Shreve has been living dangerously the last three games. The Gators have scored just two offensive touchdowns in regulation yet won all three thanks to an opportunistic defense.

Shreve has one of the best running backs in the area in DJ Fleming, a speedster capable of scoring from anywhere on the field. The Gators have a veteran quarterback in Darrius Grant, who has battled through some injuries. And their defense has been outstanding all season as has Airline’s.

The Bucs built a 17-0 lead at the half. Sophomore quarterback Coleman Stafford and freshman Collin Rains both performed well in a tough situation. Veteran receiver Tristan Sweeney and running back Keyshawn Davis scored touchdowns. Carter Jensen kicked a field goal.

The defense played another outstanding game.

Parkway has faced some off-the-field challenges this season that have involved a few key players. The result of one last week was freshman quarterback Elijah Harper making his first start against Southwood.

Parkway will be the underdog Friday, but this is a rivalry game. Last year, the Bucs pulled out a 26-23 victory. It could be close again if Parkway can get some early momentum.

At No. 12 in the 5A power rankings, Haughton will host a first-round playoff game with a victory and possibly even with a loss.

Benton (4-5, 1-5) vs. Natchitoches Central (3-6, 2-4) at Northwestern State’s Turpin Stadium: Even though it was a tough loss, Benton played one of its best games last week against Airline. The Tigers played a near flawless first half, taking time off the clock with their running game led by Cameron Barnett and building a 9-0 lead.

But as mentioned above, the Airline defense was dominant in the second half and the offense made some huge plays late.

Benton won’t have workhorse Barnett, who has carried the ball 59 times the past two games, against Natchitoches Central. In a scary moment, he suffered a cervical sprain and concussion after catching a pass and colliding with a tackler with just 2:19 left in the game.

As mentioned last week, Natchitoches Central could easily be in the thick of the district title race. The Chiefs’ worst district loss was 21-7 to Airline. They lost by two to Byrd, three to Shreve and seven last week to Haughton.

The margin of defeat was easily Bossier’s biggest this season. The Bearkats’ other two were both by seven points.

At No. 18 in the Class 3A power rankings, Bossier will be headed to the playoffs for the first time since 2012. The  Bearkats will need to move up at least two spots to host a first-round game.

Bossier got off to a solid start against Green Oaks and led 13-6 early in the second quarter after a 91-yard drive. The Bearkats finished with more than 300 yards rushing but couldn’t get the ball in the end zone again. The defense couldn’t stop running back Ja’Me’s Sanders, who rushed for more 212 yards and scored four touchdowns.

Beekman Charter is a Class 2A school located in Bastrop. The Tigers are members of three-team District 2. They lost both their district games, including 20-6 to Madison in Week 7. Bossier defeated Madison 32-12 in its season opener.

If Bossier wins, it will match the Bearkats’ total number of victories in the last three seasons combined.

Magnolia School of Excellence (0-9, 0-6) at Plain Dealing (4-5, 2-4):  It’s not often that Plain Dealing goes into a game as a big favorite, but that’s the case against Magnolia. The Mariners have been outscored 483-46 in their first year of varsity competition.

Plain Dealing lost to Homer 51-24 last week, but the score is deceptive. The Lions trailed just 25-24 in the third quarter and were still within striking distance early in the fourth.

Homer scored two late touchdowns within a minute, including one on an interception of a Hail Mary pass.

Senior quarterback Ken Gay ran for a touchdown and passed for two more.

If the Lions win as expected, a 5-5 regular season would have to be considered a success for a program that has constantly battled a numbers issue, including this season with about 20 healthy players available.

At No. 13 in the Class 1A power rankings, the Lions are just about assured of hosting a first-round playoff game.