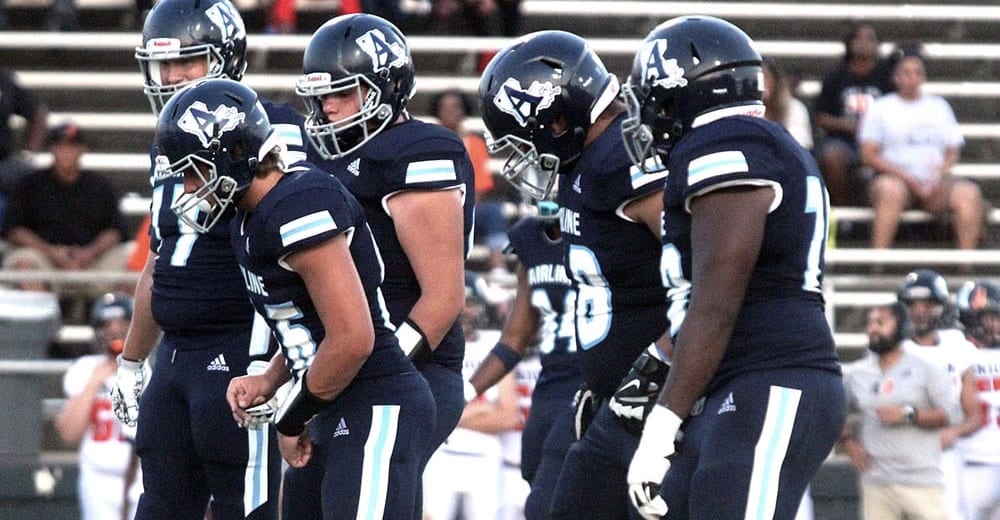 Here is a quick look at games involving Bossier Parish teams in Week 3. Thursday and Friday games start at 7 p.m.

Airline played very good defense last week against a Union Parish team that came into the game ranked No. 5 in the LSWA Class 3A poll.

Alex Garcia threw for 225 yards and could’ve had more if his receivers had held on to a couple of catchable balls in the first half. But the receivers, including Kevin Pouncy and Daniel Smith, hung on to the majority of the passes thrown their way.

Brandon Marshall and Pouncy both made huge plays that helped Airline pull away.

The offensive and defensive lines have both been tough in the first two games.

Ruston has had the upper hand in a very competitive series and may be a slight favorite Thursday. But if Airline continues to play like it has the Vikings have a very good shot at winning.

Benton (2-0) vs. Huntington (2-0) at Independence Stadium: Both teams won games that went down to the wire last week. The Raiders defeated Booker T. Washington 34-32. The Tigers held off Vicksburg, Miss., 49-48 in overtime.

Special teams play has been the difference in a lot of football games and its importance can’t be overstated. Benton’s RJ Moore made his extra-point kick in overtime on a nice hold by Cade Stewart. Vicksburg botched its snap.

Moore, in fact, made all seven of his PAT attempts and is 11-of-11 on the season.

Benton has looked very good at times, but the Tigers haven’t put together a complete game yet. If they do Thursday, it may not be close. If Benton continues to have some lapses, Huntington has enough athletes to possibly hang with the Tigers for awhile.

Of course, weather could be a factor with a steady rainfall forecast.

Parkway struggled offensively against North DeSoto in the first half but came alive in the second. Junior quarterback Gabe Larry ran for one touchdown and passed for three.

Receiver Jalun Reed followed his strong performance in Week 1 with another solid one.

This will likely be a close one. Parkway has a chance to prove it should be considered a 5A top-10 team going into district play.

But Logansport has been one of the state’s strongest Class 1A programs in recent years, and the Tigers will be the Bearkats’ toughest test thus far.

Last week in a 69-26 victory over Lakeside, Bossier’s Decamerion Richardson rushed for 211 yards and now has 416 on the season. James Davis went over 100 yards rushing.

The defense scored one touchdown and set up two with interceptions.

Tensas has started this season with lopsided losses to Class 1A St. Mary’s and Class 2A General Trass.

Plain Dealing is coming off a 29-28 victory over North Caddo that had to be one of the most satisfying in James Thurman’s tenure as head coach.

A young, tired Lions defense mustered the strength to stop a two-point conversion with 30 seconds left to preserve the victory.

“It was a great team win,” Thurman said. “We had a lot of adversity especially with Ken Gay getting kicked out. Our kids could’ve quit at any time considering the number of young kids we have but they just fought, fought, and fought and kept playing and in the end we came out victorious.”

Gay, the starting quarterback, was inserted on defense in the fourth quarter with the Lions needing a stop. He was called for targeting on a tackle and eventually ejected after some discussion among the officials.

Artavious Washington-Carper, last year’s QB who’s now a receiver, came in cold at quarterback and led the Lions to the go-ahead TD.

Darrien Perry had another big game receiving. He is the top receiver yardage-wise in the parish after two games.

The Knights have struggled early, falling to Richwood 26-14 in their opener and 47-13 to Captain Shreve last week.

Haughton won 43-34 last year and has beaten the Knights seven of the last eight seasons.

Haughton’s defense was outstanding last week until a few breakdowns late in the game that really were inconsequential.

The Bucs’ playmakers, including quarterback Peyton Stovall, receiver CJ McWilliams, running back Keyshawn Davis and receivers Tristan Sweeney and Matthew Whitten, did what Brotherton expects them to do.

The offensive line came together after struggling a bit in the jamboree and season opener.

When everything’s working like that, the Bucs have a shot against anybody.

Woodlawn won’t go quietly, but Haughton should be 3-0 going into district play.