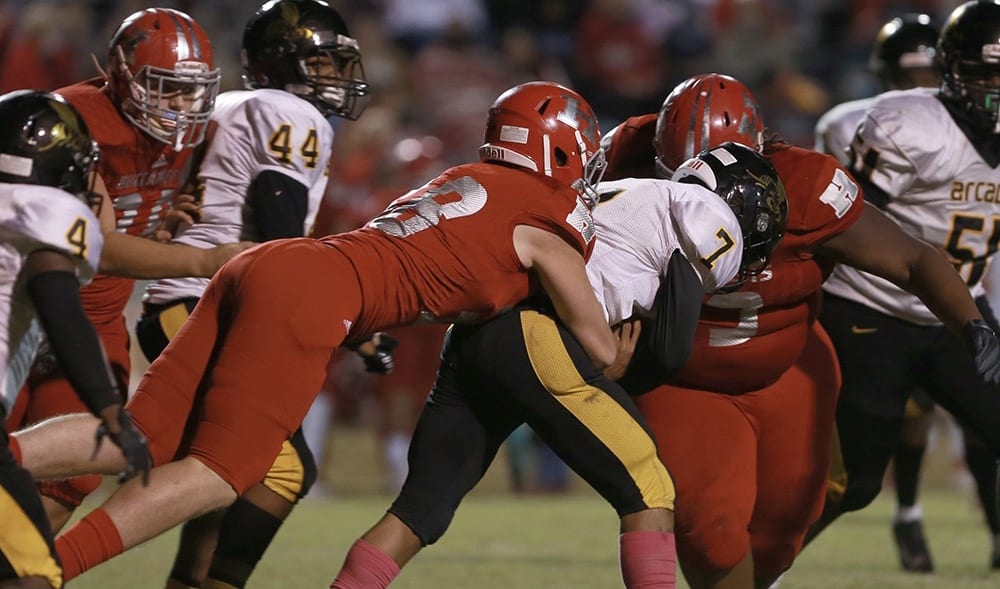 AIRLINE NOTES: Vikings return to field after having to cancel their last two games because of COVID-19 issues … Airline’s offense was beginning to roll before cancellations; Vikings scored 35 and 37 in wins of Natchitoches Central and Southwood … Airline’s lone loss was to 4-1 Ruston 48-14 in Week 1.

BYRD NOTES: Yellow Jackets ranked No. 10 in LSWA 5A poll … Byrd built 21-0 lead against East Ascension last week then held off the Spartans … East Ascension was substitute for Benton, which had to cancel … Sophomore Lake Lambert passed for 112 yards and two TDs out of Byrd’s veer last week … Mitchell Ramsey has returned two kickoffs for TDs … Last week, he ran for 138 yards.

CAPTAIN SHREVE NOTES: Gators have won four straight since 13-9 loss to undefeated Scotlandville in Week 1 … Last week’s win was 300th since school opened in 1967 … With backup QB playing, Gators led 6-3 at the half last week before pulling away in the second … Sophomore Kendrick Law has proven to be a playmaker as expected.

HAUGHTON NOTES: Bucs offensive starters played on three series last week, scoring on all three … Defense has allowed only one TD in the last three games … Bucs have won three in a row since losing 28-10 to Byrd in Week 2 … Arcadia was substitute opponent after Southwood had to cancel because of COVID-19 issues.

NATCHITOCHES CENTRAL NOTES: Chiefs have kept it close for a half against three tough teams; they trailed led Airline 14-7 in Week 2, were tied with Byrd at 0 in Were 3 and trailed Captain Shreve 6-3 last week … Caylin Demars led Chiefs in rushing last week with 114 yards on 21 carries … Defense held Gators to 140 total yards.

PARKWAY NOTES: Panthers picked up first win for head coach Coy Brotherton last week … Parkway rallied from deficits of 20-0 and 26-14 … Sophomore Skylar White had 76 yards rushing and 104 receiving … Rontavious Richmond was injured on the first play and missed the rest of the half; he returned in second and had 67 yards rushing … Richmond still leads Bossier Parish with 503 yards on 94 carries.

MANSFIELD NOTES: Wolverines lone win was 36-0 over Jonesboro-Hodge in Week 4 … Mansfield played District 1-3A favorite Green Oaks close, got within four in fourth quarter … Mansfield’s other two losses were to Red River 35-14 and Minden 14-0.

PLAIN DEALING NOTES: Lions tailed by five at the half last week before River Oaks pulled away … Five turnovers contributed to the loss … Ladavious Scott returned to action and rushed for 103 yards, giving him 349 yards for the season … Cedarius Johnson has accounted for 395 total yards (230 rushing, 165 receiving)

CALVARY BAPTIST NOTES: Cavaliers losses have come against 5A teams Byrd 35-27 and Rummel 31-13; both are in LSWA 5A top-10 rankings … Calvary head coach Rodney Guin is former head coach at Haughton … Cavaliers are No. 4 in 1A poll … Calvary was tied with Homer at 21 before pulling away … Landry Lyddy passed for 378 yards and four TDs.