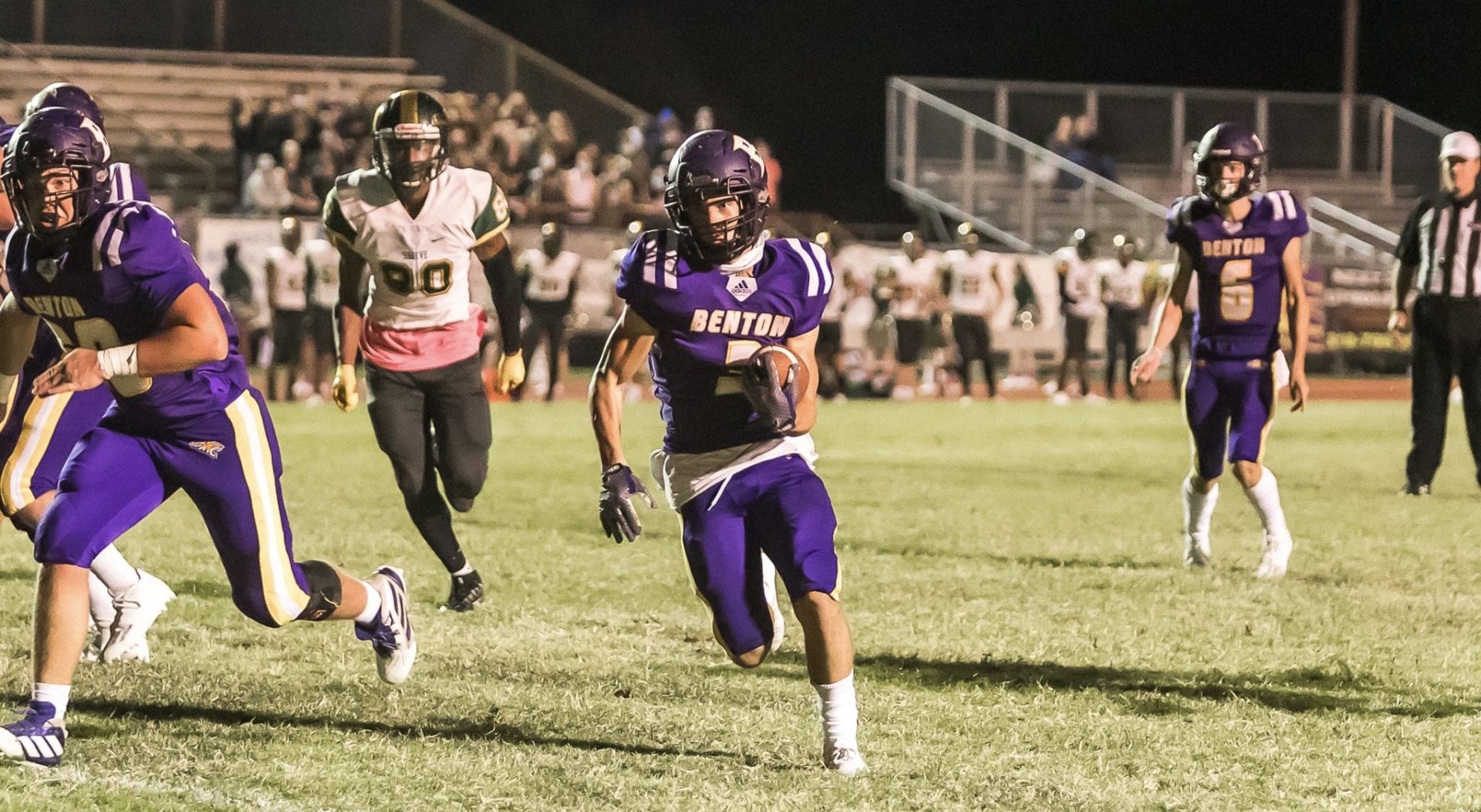 SOUTHWOOD NOTES: Cowboys ended 10-year district victory drought with victory over Parkway last year … Southwood’s lone win a forfeit from Northwood in Week 1; Falcons won 61-0 on the field … Last week was Southwood’s first game since having to cancel two in a row because of COVID-19 issues … Dean Smith, a former Wossman head coach, is in his first season as head coach at Southwood.

PARKWAY NOTES: Panthers looking for third straight victory … Sophomore RB Jaylan White has been outstanding the last two weeks with a combined 314 yards rushing and receiving … Panthers kept it mostly on the ground last week, pulling away in the second half after leading 10-7 in the first … Defense turned in a dominant performance.

LAST WEEK: Benton did not play; Airline lost to Byrd 49-28

BENTON NOTES: Tigers return to field after having to cancel last two games because of a possible COVID-19 exposure not related to the athletic program … Benton fell to Captain Shreve 24-21 in its last game in Week 4; Tigers rallied after falling behind 21-0 in the fourth quarter … Caleb Hood gave the offense a boost with 176 yards rushing.

AIRLINE NOTES: Last week’s game was Airline’s first since having to cancel Week 4 and 5 games with COVID-19 issues … Vikings trailed 35-7 at the half then got within two touchdowns in the second half … Airline rallied from a 16-7 deficit in the fourth quarter last season against Benton, preserving a chance to win a share of the district title.

HAUGHTON NOTES: Bucs have won four straight since losing to undefeated Byrd in Week 2 … Defense came up with some big stops late to preserve win over Shreve … Colin Rains tossed three touchdown passes, two to Elijah Rochon and one to Coleman Stafford … LB Jake St. Andre returned an interception 74 yards for a TD.

NATCHITOCHES CENTRAL NOTES: Chiefs have lost eight straight; last win was over Parkway on Oct. 25, 2019 … Chiefs have played some good halves against tough teams … Natchitoches Central led Airline 14-7 at the half, was in a scoreless tie with Byrd and trailed Parkway 10-7 … Chiefs’ closest game was a 35-34 loss to St. Edmund in Week 6.

BOSSIER NOTES: Bearkats trailed 44-0 at the half last week … Bossier has fallen behind early in all three losses … Senior Coleman Beeson is averaging 181.3 yards passing per game … Makhi Tanner is averaging 86.5 yards receiving per game … Bearkats are traveling to Vidalia for the regular-season finale; they were supposed to play Beekman Charter.

HOMER NOTES: Pelicans were tied with Calvary Baptist at 21 in the fourth quarter in Week 5 before falling 35-21 … QB Takeviuntae Kidd accounted for 166 yards and three TDs in the first half … Pelicans face Claiborne Parish rival Haynesville in regular-season finale.