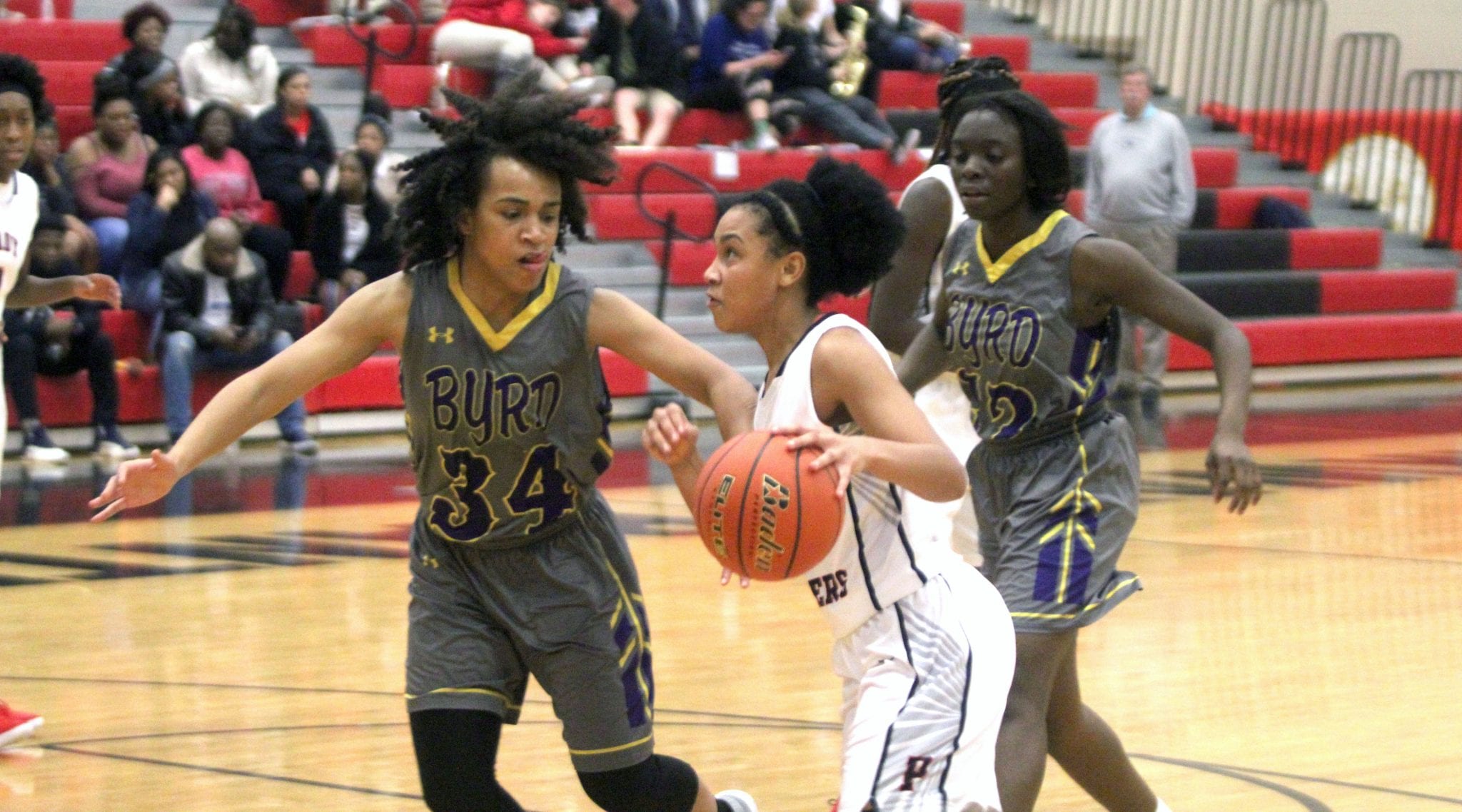 In District 1-5A openers, Airline edged Haughton 47-46 at Airline, and Parkway downed Byrd 40-24 at Parkway.

In District 1-4A games, Benton routed Woodlawn 66-37 at Benton and Bossier slipped past Booker T. Washington 53-50 in overtime at Bossier.

At Airline, freshman Kayla Hampton hit a free throw with no time left on the clock to lift the Lady Vikings to the victory.

Hampton tallied eight in the first quarter and Airline led 17-12.

Haughton rallied in the second quarter. Ashley Hollis scored all six of her points as the Lady Bucs outscored the Lady Vikings 12-4.

Haughton led 24-21 at the half and maintained the three-point advantage going into the fourth quarter.

Hampton scored six in the fourth quarter to help Airline rally. She was four of five from the free throw line.

Byrd (1-13) led 16-8 with less than two minutes to play in the first half. But the Lady Panthers outscored the Lady Jackets 32-6 the rest of the game, including 25-8 in the second half.

At Benton, Emily Ward poured in 27 points and Qua Chambers had 21 to lead the defending champion Lady Tigers (16-1, 2-0) to the victory.

Chambers started out red hot, scoring 14 in the first quarter to help Benton build a 24-13 lead. Ward tallied 11 in the second quarter and the Lady Tigers led 39-17 at the half.

At Bossier, Kelcee Marshall and Traciona Russell scored 14 each to lead Bossier (5-11, 1-1) to its fourth straight victory. Sanaa Brown added 12 and Jaycee Harris 10.

Harris hit two 3-ponters in the second quarter and the Lady Kats led 28-18 at the half. The Lady Lions roared back in the third quarter, cutting the lead to one.

The game went into overtime tied at 48. Markita Johnson hit a big 3-pointer for Bossier in the extra period.