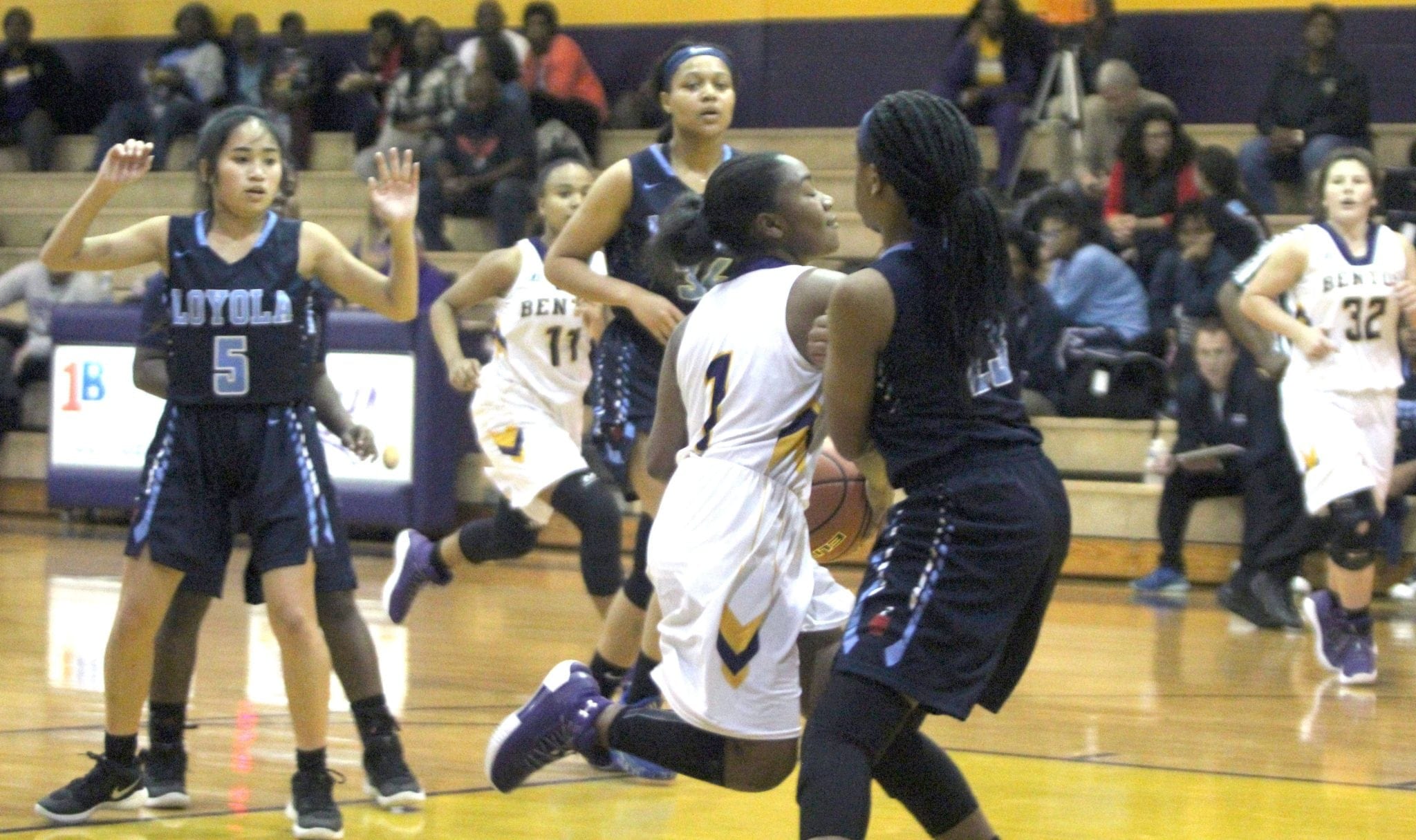 The Benton Lady Tigers rallied from an 11-point deficit in the second half to defeated the Loyola College Prep Flyers 48-46 in the semifinals of the Trak1 Background Screening Lady Tigers Tournament on Friday at Benton.

After Benton forced a turnover under Loyola’s basket, the Lady Tigers called a time out with 37 seconds left. They held the ball in the front court until about 10 seconds remained. Freshman Jada Anderson drove down the center of the lane and scored the winning basket with 3 seconds left.

Benton (7-2) faces the winner of Saturday afternoon’s semifinal between North Caddo and Evangel for the championship at 7:30 Saturday night.

Airline plays Saturday’s Southwood-Parkway winner in the consolation finals at 5.

The Lady Vikings defeated West Ouachita 67-61 in the semifinals Friday.

In other games Saturday, the Southwood-Parkway loser faces West Ouachita at 3:30 in the seventh-place game. The Evangel-North Caddo loser plays Loyola in the third-place game at 6:15.

Benton was behind most of the game against Loyola, including 32-23 at the half. The Lady Flyers took advantage of their superior height inside in the first half.

In the second half, the Lady Tigers put pressure on the Loyola guards in the front court, preventing them from getting the ball inside.

Benton took a 38-37 lead on into the fourth on Qua Chambers’ three-point play with 6 seconds left, but Loyola came back to take a four-point lead. Again the Lady Tigers rallied.

Wade scored 13 of her 17 points in the second half. Chambers led Benton with 21 points, including four 3-pointers. She hit three of those in the first quarter.

Anderson added 10 points. Her only basket of the second half was the game-winner.

On Thursday night, Bossier defeated East Central (Tulsa, Okla.), the No. 1 ranked Class 5A team in Oklahoma, in the Tournament of Champions in Fort Smith, Ark.

Bossier improved to 8-1 with its eighth straight victory.