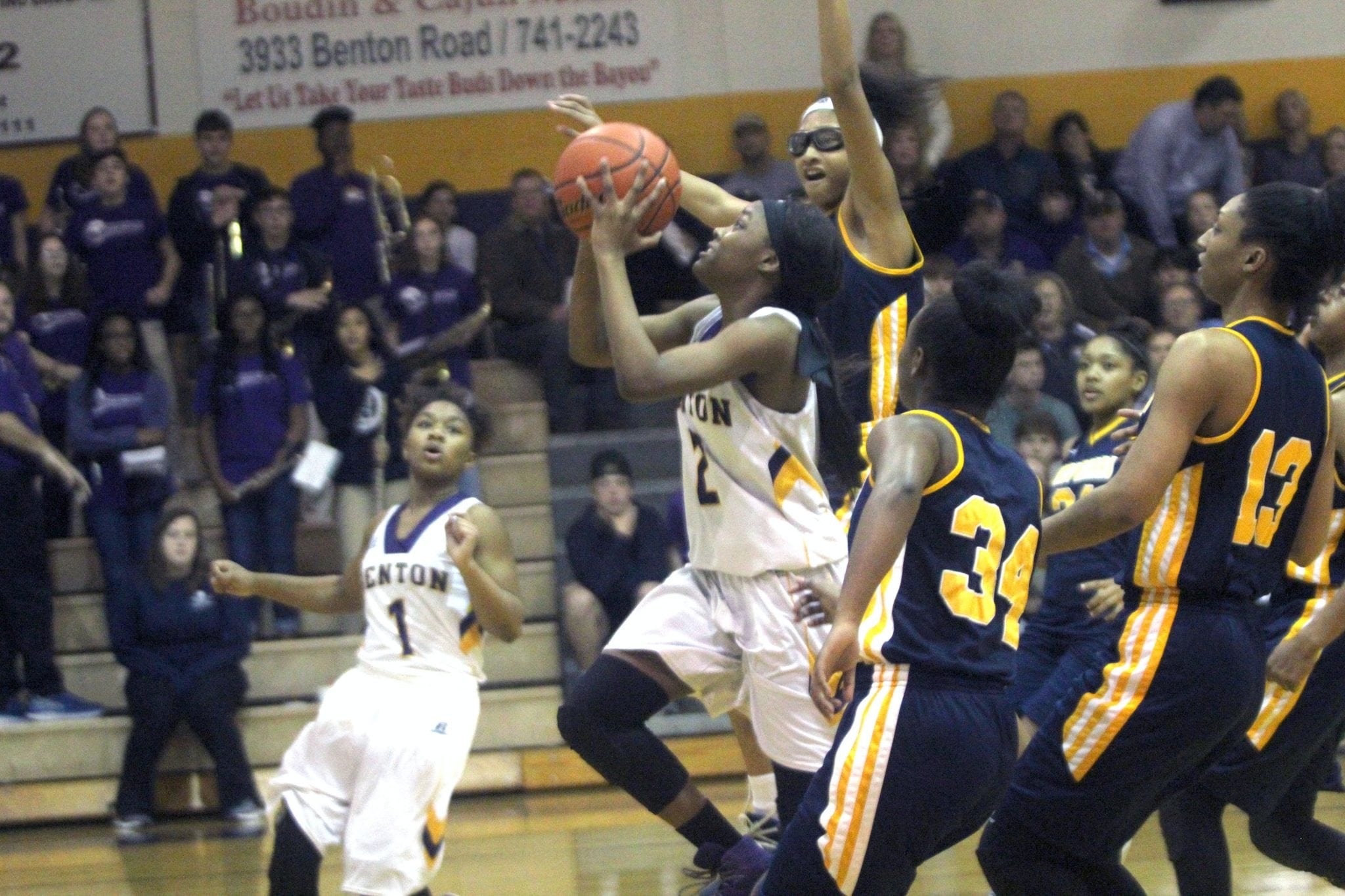 The Benton Lady Tigers will be looking for a berth in the Class 4A girls basketball championship game when they face the Warren Easton Fighting Eagles on Tuesday.

Tip-off is 3 p.m. at Rapides Coliseum in Alexandria. The game is part of the Allstate Sugar Bowl/LHSAA Marsh Madness state tournament. The Benton-Warren Easton winner will face the Neville-South Lafourche winner for the state championship Friday night at 8.

Easton won the District 9-4A championship and has won 16 in a row.

District 1-4A champion Benton is led by junior Emily Ward, who scored 20 points in the victory over Carencro.

The Fighting Eagles led by only one at the half and then went on a 25-0 run to start the second.