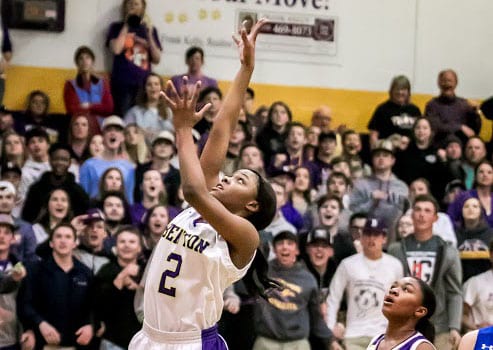 After losing to eventual champion Warren Easton in the Class 4A semifinals last year, the Benton Lady Tigers’ have focused on getting back to the state tournament and winning it all.

Benton has made it back and the Lady Tigers are once again two wins away from a state championship. Benton (33-3), the No. 1 seed, faces No. 5 Houma A.J. Ellender (23-10) at 6:15 p.m. Tuesday in the Class 4A semifinals at Rapides Parish Coliseum in Alexandria.

Ellender is back at the state tournament for the second time in the last three years. The Lady Patriots won the 2017 state title.

The winner will play the winner between No. 3 Minden (32-3) and No. 4 Warren Easton (30-5) for the state championship on Friday at 8. The Minden-Easton game follows the Benton-Ellender game Tuesday.

Ellender won the District 7-4A championship. The Lady Patriots defeated runner-up South Lafourche, Benton’s quarterfinal opponent, 57-42 on Jan. 25. That avenged a 48-36 loss in a tournament on Dec. 29.

After a 9-10 start, the Lady Patriots have reeled off 14 straight victories. Seven of Ellender’s 10 losses have come against teams that are also at the state tournament.

Benton got 24 points from Qua Chambers and 20 from Emily Ward in the victory over South Lafourche. Ward sat out the first two playoff games after injuring her left ankle in practice two days before the playoffs began.

Benton is making its third appearance in the state tournament under head coach Mary Ward. The Lady Tigers lost to eventual champion St. Thomas More 67-47 in 2012.