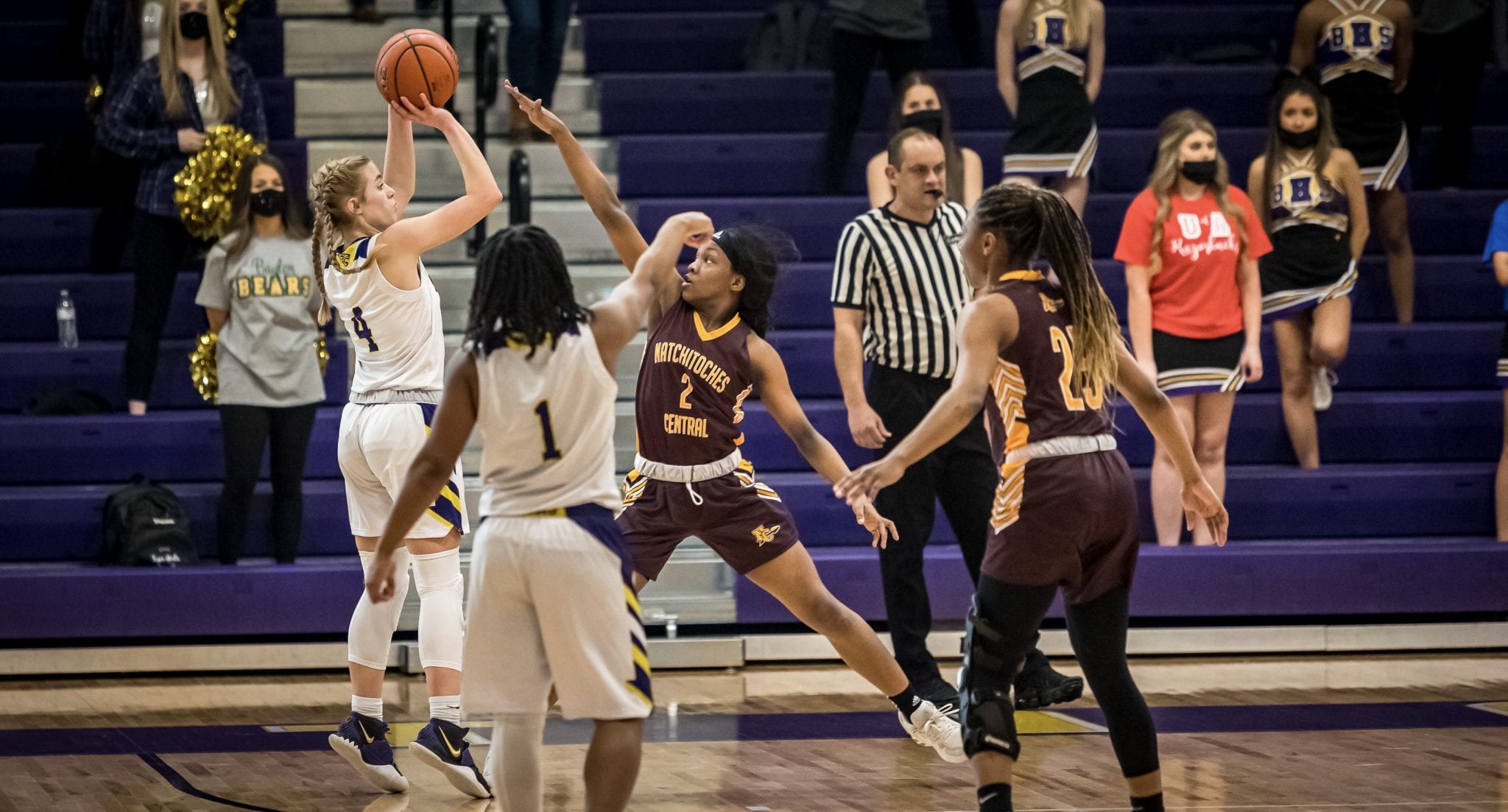 For the Benton Lady Tigers, the state tournament has become a home-away-from-home regardless of its actual site.

The last three years, Benton played in two state tournaments in Alexandria at Rapides Parish Coliseum and one in Lake Charles at Burton Coliseum.

The results were a Class 4A semifinal loss, a Class 4A runner-up and a Class 5A state championship.

Now, the Lady Tigers are in their fourth straight state tournament, officially known as LHSAA Girls’ Marsh Madness, at the Southeastern University Center in Hammond.

The Lady Tigers have already knocked off two higher seeds, defeating No. 5 Mandeville 60-51 in the second round and No. 4 Parkway 49-46 in the quarterfinals, both on the road.

Benton and Ponchatoula have already met once this season. The Green Wave won 66-49 in the Denham Springs tournament on Dec. 5.

The Lady Tigers led 14-13 after the first quarter then struggled in the second and trailed 31-20 at the half. Benton rallied in the third and trailed by just five going into the fourth before the Green Wave pulled away.

Anderson is Benton’s leading scorer on the season. But she has gotten plenty of help from Stanford, Stewart, Ella Kate Malley and Marissa Schoth. All five have made contributions on both ends of the floor.

Ponchatoula is on the kind of roll in the playoffs Benton was last year when the Lady Tigers won every game by at least 14 points.

Ponchatoula was almost as dominant in the regular season. The Green Wave’s closest game was a 75-69 victory over Anchorage (Alaska) Christian on Jan. 28.

The Benton-Ponchatoula winner plays the winner of Wednesday’s 5 p.m. semifinals between No. 6 Captain Shreve (19-5) and No. 10 West Monroe (17-5) for the championship. The title game is set for 7:30 Saturday in Hammond.

Benton defeated both during the regular season.