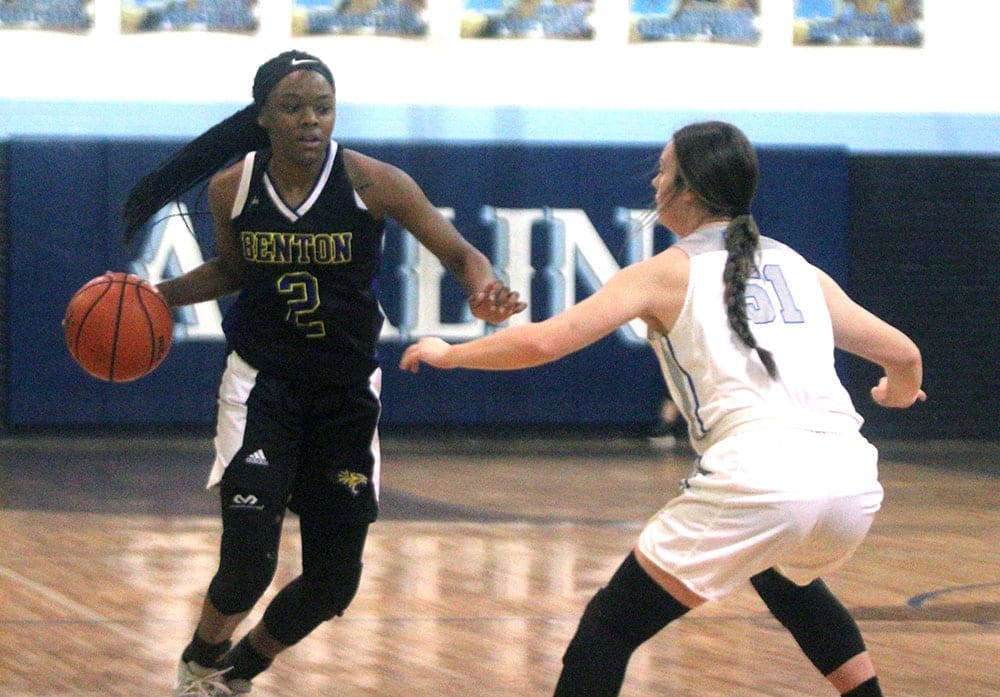 In their first season in Class 5A, the Benton Lady Tigers are one win away from a spot in the Allstate Sugar Bowl/LHSAA Girls’ Marsh Madness state tournament.

Benton (26-5), the No. 2 seed, hosts the No. 7 seed Hahnville Lady Tigers (27-4) in a quarterfinal game at 6 p.m. Thursday. The winner advances to the semifinals at Marsh Madness next week at Burton Coliseum in Lake Charles.

Benton will take an 11-game winning streak into the game. The Lady Tigers are led by senior guard Qua Chambers, a ULM commit, and junior guard Jada Anderson.

Alisa Harris has also played a key role in Benton’s success. The Lady Tigers’ have several role players who have contributed in ways that don’t show up in the box score.

District 7 champion Hahnville has won 15 in a row. The Lady Tigers’ last loss was against Northshore 52-44 on Dec. 30.

Hahnville also had early season losses to Denham Springs and A.J. Ellender by a combined four points. The Lady Tigers’ other loss was to Division I power John Curtis Christian.

Hahnville, which lost in the first round last season, is making its first quarterfinal appearance since 2008.

Yelah Moses and Danae Lorio led the Lady Tigers against Denham Springs with 18 and 17 points, respectively.