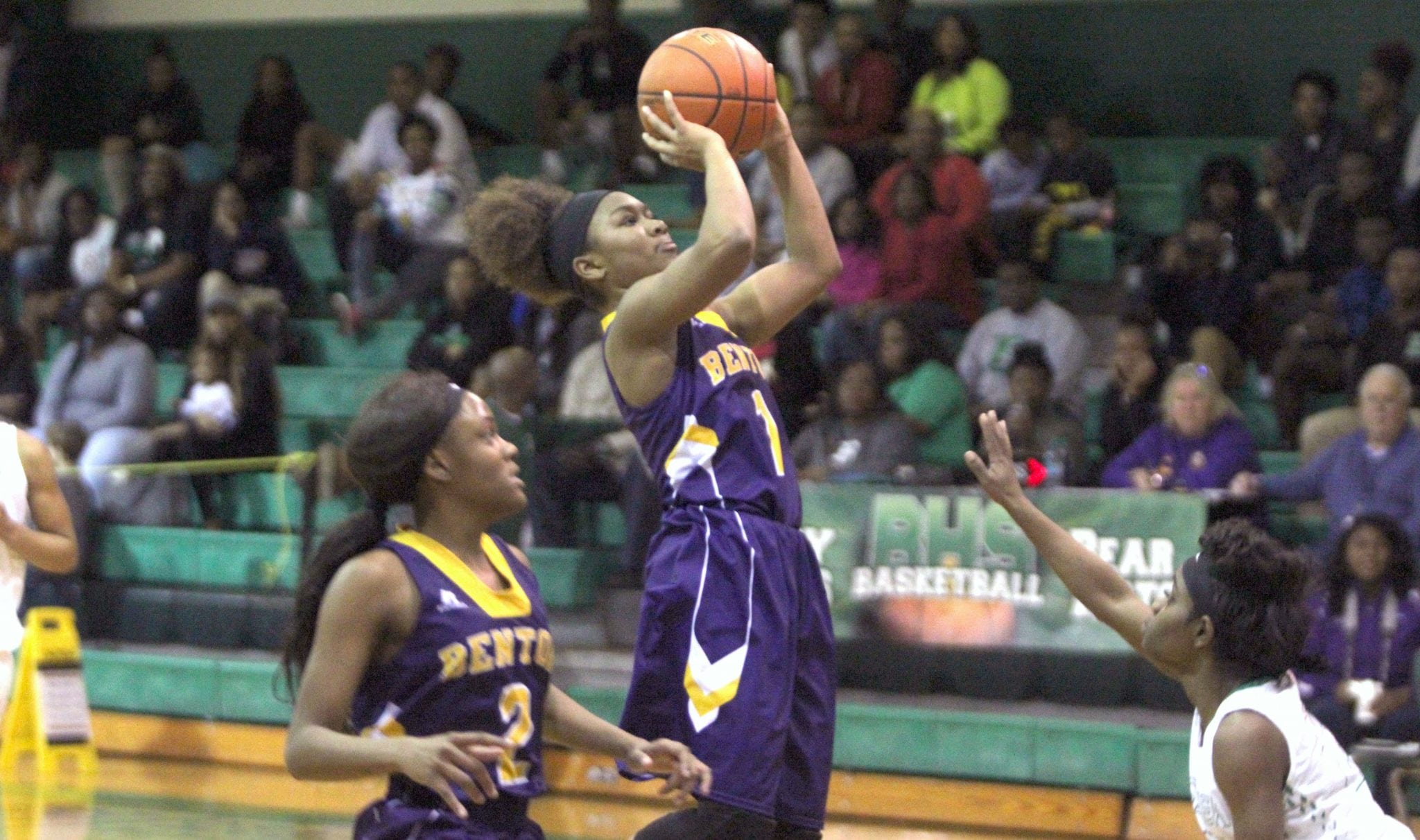 The Benton Lady Tigers clinched at least a share of the District 1-4A championship with a hard-fought 50-44 victory over the Bossier Lady Kats on Friday at Bossier.

Benton can clinch the outright title Tuesday with a victory over Minden at home or a Bossier victory over Huntington.

Minden handed the Lady Tigers their only district loss 49-39 on Jan. 12 in Minden.

In District 1-1A, Plain Dealing downed Haynesville 53-40 at home.

Benton and Bossier came into their game 1-2 in the Class 4A power rankings. The intense, physical battle was much more competitive than the Lady Tigers’ 56-35 victory in the first district meeting on Jan. 9 at Benton.

Benton led 26-25 at the half and 35-32 after three quarters. The Lady Tigers controlled the boards early in the fourth, getting several second-chance baskets, and extended the lead to 40-32.

The Lady Kats answered with a 9-2 run capped by a Chloe Walker 3-pointer that cut the lead to 42-41 with a little more than four minutes to play.

Forward Abbie Wynn hit a big shot inside to give the Lady Tigers a five-point advantage with 1:38 left. She finished with 12 big points.

With Bossier unable to score, Benton eventually pushed the lead back to eight in the final 10 seconds. The Lady Kats scored with about 3 seconds left for the final margin.

Qua Chambers scored six of her 12 points in the fourth quarter. Emily Ward led the Lady Tigers with 15 points. Her defense and rebounding were also big factors in the win.