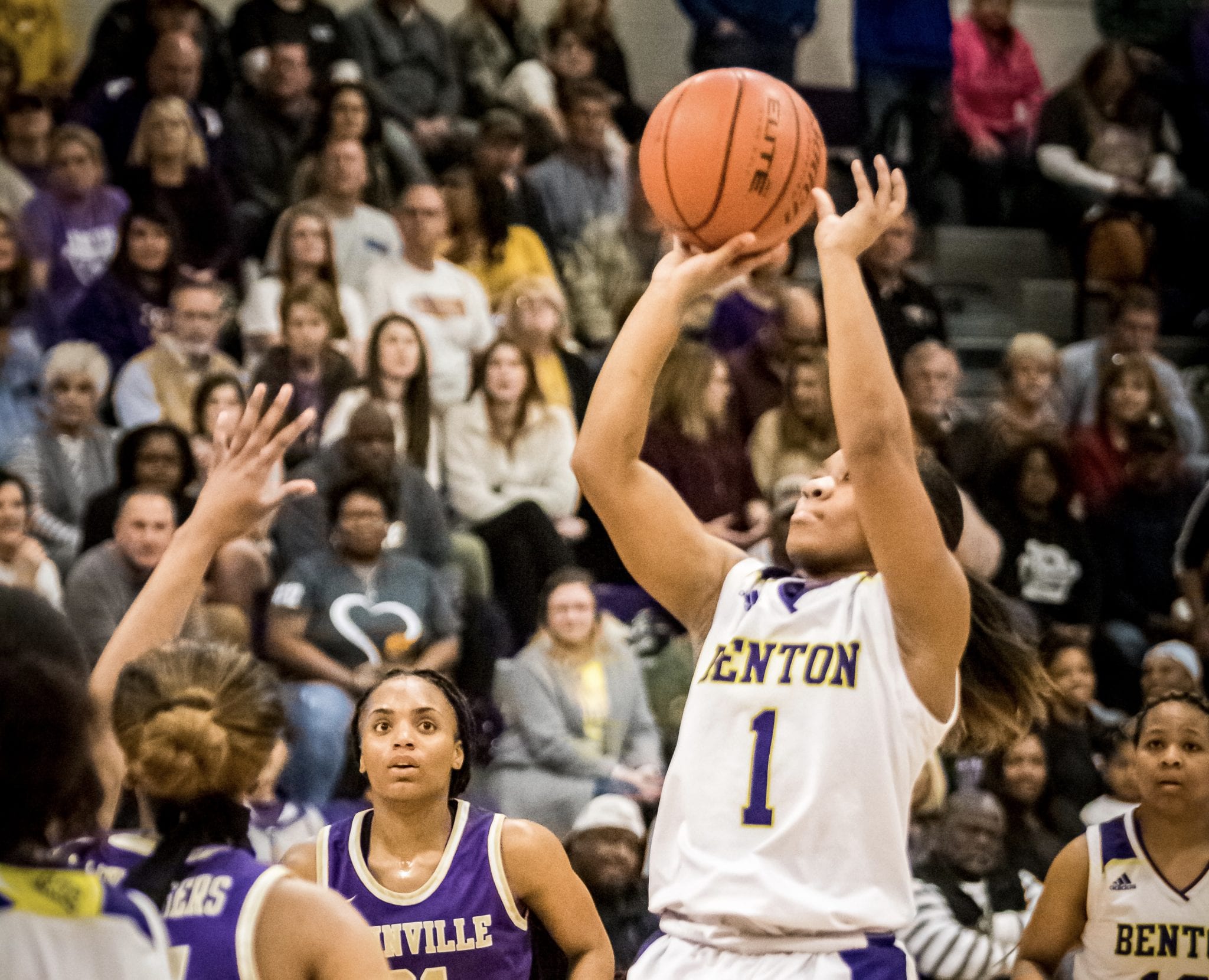 The Benton Lady Tigers take on a familiar foe Tuesday night in the Class 5A semifinals at the Allstate Sugar Bowl/LHSAA Girls’ Marsh Madness state tournament.

The other 5A semifinal between No. 1 Ouachita Parish (31-6) and No. 5 Ponchatoula (27-6) will be played at 6 Tuesday. The winners will meet for the state championship at 8 Friday.

Benton and Natchitoches Central split their District 1-5A games during the regular season. The Lady Chiefs won 60-56 on Jan. 14 in Natchitoches. The Lady Tigers won 61-37 on Feb. 7 in Benton.

J’unti Franklin and Nia Hardison led Natchitoches Central in the first game with 23 and 20 points, respectively. Neither played in the second game.

Franklin was back on the court in the Lady Chiefs’ next game against Haughton. Both have been key to their team’s playoff success.

Natchitoches Central opened the playoffs with a 42-32 victory over No. 14 Chalmette. The Lady Chiefs then knocked of defending state champion and No. 3 Captain Shreve 45-44 in the second round. Shreve, the 1-5A champ, swept the teams’ regular-season district games.

Natchitoches Central then pulled off its third straight upset, edging No. 6 Sulphur 40-37 in the quarterfinals. The Lady Chiefs trailed by one in the final minute, but Franklin and Hardison both scored down the stretch to seal the victory.

Benton has been absolutely dominant in the playoffs, winning three games by an average of 26.7 points per game. The Lady Tigers defeated No. 32 New Iberia 66-31 in the first round, No. 18 Barbe 70-46 in the second and No. 7 Hahnville 76-45 in the quarterfinals.

Benton is in the state tournament for the third straight year. The Lady Tigers lost in the Class 4A quarterfinals two years ago and were the 4A runners-up last season.