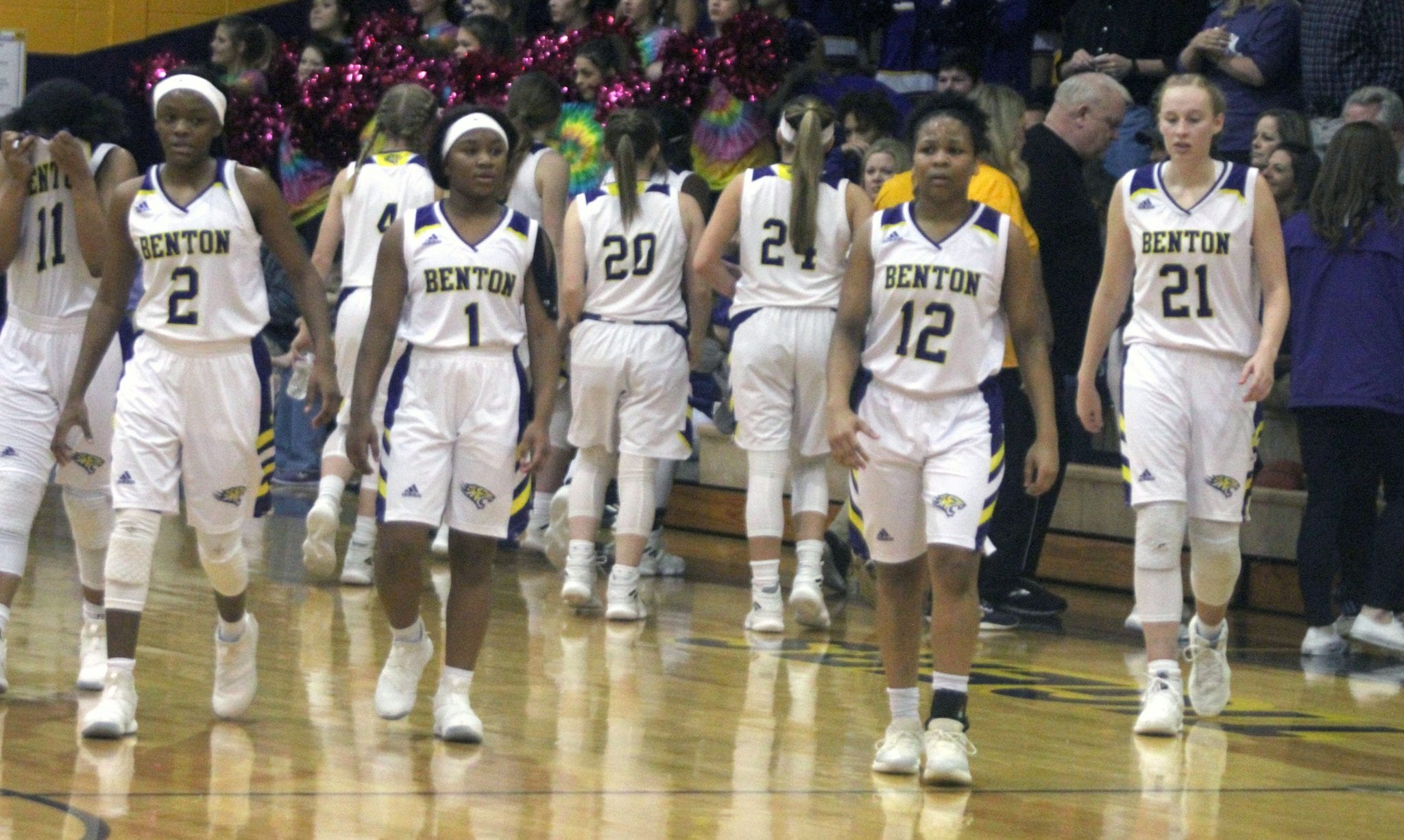 The Benton Lady Tigers will face a familiar foe in the Class 4A girls basketball game Friday night in Alexandria.

Top-seeded Benton (34-3) takes on defending state champion and No. 2 seed Warren Easton (31-5) for the title at Rapides Parish Coliseum. Tip off is scheduled for 8 o’clock.

Benton lost to Warren Easton 64-54 on the same court in the semifinals last season. The Lady Tigers avenged that loss 45-43 in the Battle on the Hardwood Classic hosted by Bossier on Nov. 16, Benton’s third game of the season.

In the semifinal game against Ellender, Benton junior Qua Chambers sank two free throws with 3.8 seconds to lift the Lady Tigers to the victory.

Kiana Anderson, a second-team All-State selection last season, saw her first action of the season against Minden after suffering a torn ACL last summer. The 5-foot-11 forward had eight rebounds to go with two points.

In last year’s semifinals, Benton led 23-21 at the half. But Easton went on a 16-0 run in the third quarter to take control. Anderson scored 14 points and was a force on the boards. Chambers led Benton with 15.

Lewis, a quick guard, sparked the Fighting Eagles in the second half with eight points.

In this season’s matchup, Benton rallied from an eight-point deficit in the third quarter.

Emily Ward and Chambers led the Lady Tigers with 17 points each.  Harris led the Fighting Eagles with 14.

Easton started the season 1-4 after falling to defending Class 2A state champ North Caddo, Benton and Mansfield in the Battle on the Hardwood.

The Fighting Eagles have lost only  twice since then, falling to LaGrange 45-43 on Dec. 15 and defending Division I champ John Curtis 50-48 on Jan. 3.

Easton will bring a 14-game winning streak into the game.

Ward, Chambers and junior Jada Anderson have been Benton’s top scorers this season. Abbie Wynn, Abby Hines, Dana Wainwright and Alisa Harris had also been major contributors to the teams’  success with their play on both ends of the court.

Benton is looking for the first girls basketball state championship in school history. The Lady Tigers lost in the 1997 Class 3A title game and the 1978 Class 1A championship game.