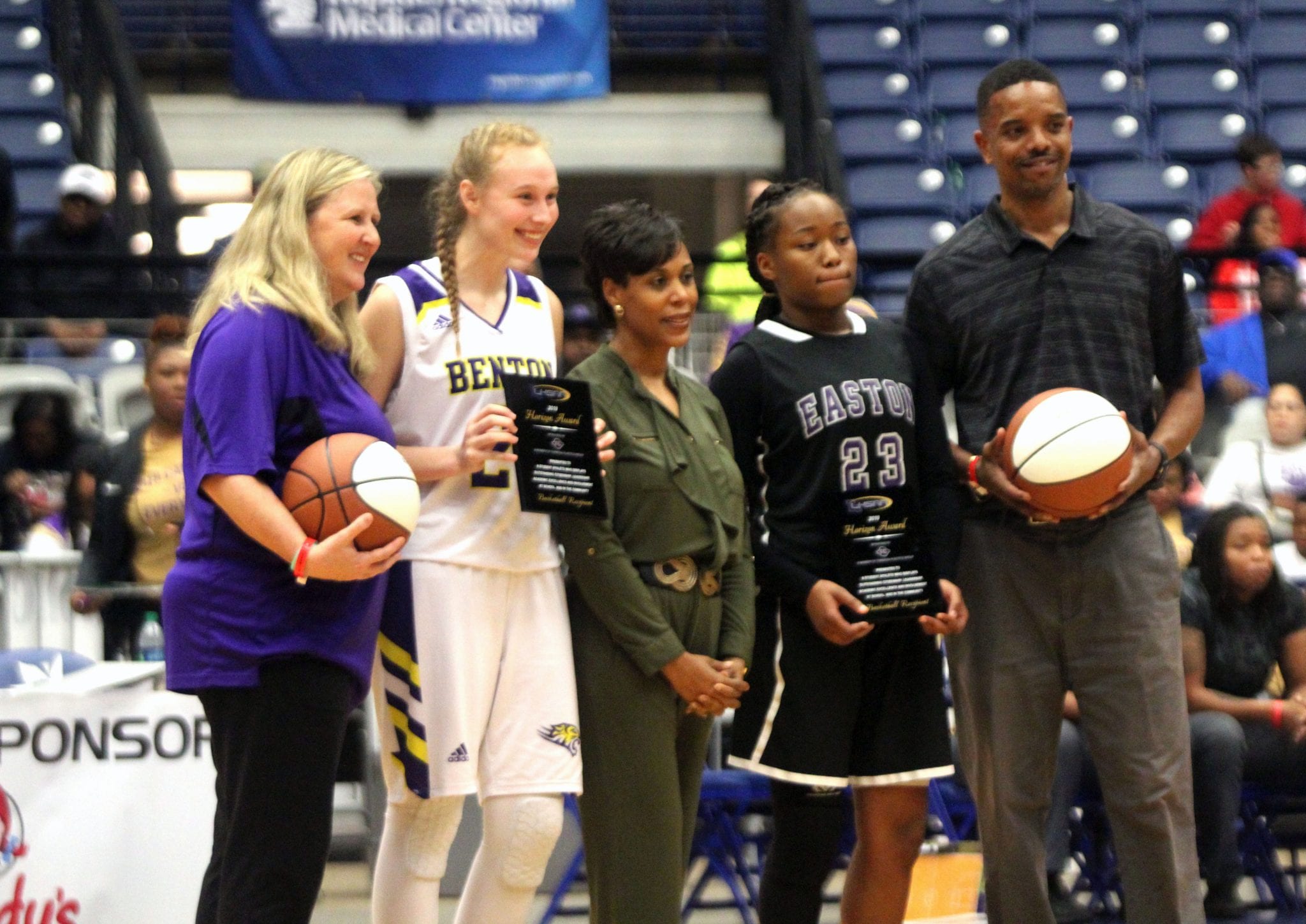 Benton junior Qua Chambers was named to the second team.

Mary Ward guided Benton to a 34-4 record. The Lady Tigers shared the District 1-4A title and reached the Class 4A title game. Ward also picked up her 300th career victory during the season.

Walker’s Tiara Young, an LSU signee who transferred from Evangel Christian after her junior year, was named the Player of the Year

Kennedi Heard and Addison Martin of Class 5A state champion Captain Shreve made the second team.