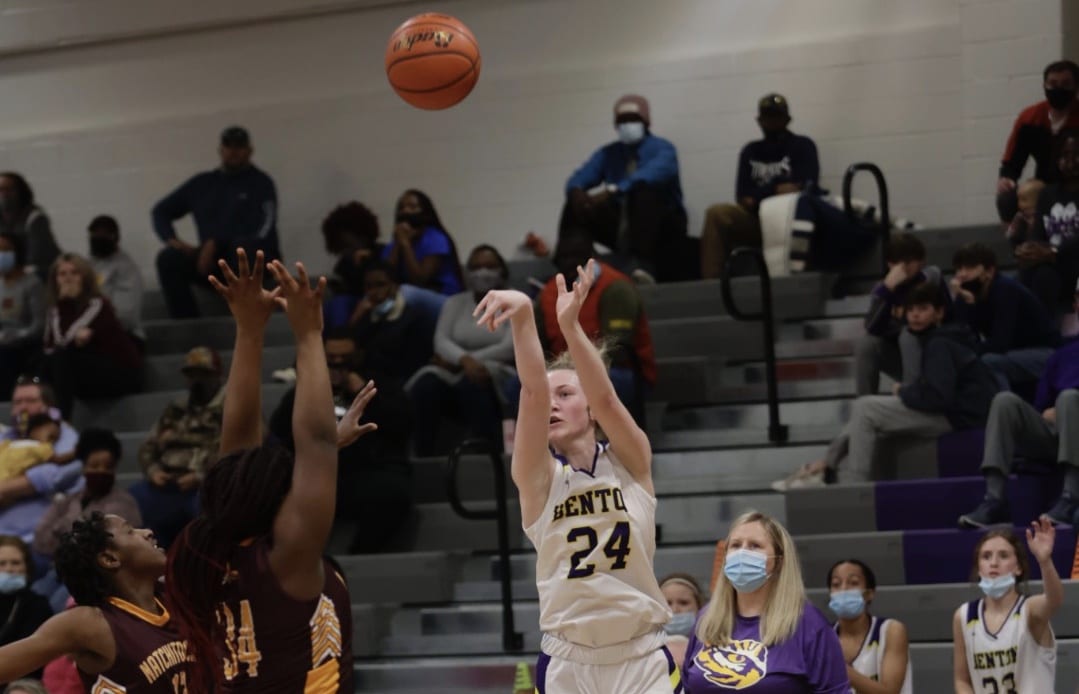 The Benton Lady Tigers and Parkway Lady Panthers advanced to the second round of the Class 5A girls basketball playoffs Sunday with victories at home.

Defending state champion Benton, the No. 12 seed, rallied from a three-point halftime deficit to defeat No. 21 Natchitoches Central 60-55.

At Benton, balanced scoring helped the Lady Tigers come out on top in a tight battle.

Benton led 12-8 after a quarter. But Natchitoches Central started raining 3s in the second quarter. The Lady Chiefs hit five from long range and grabbed a 26-23 halftime lead.

Schoth scored all eight of her points in the first half.

The Lady Tigers rallied in the third and the game was tied at 37 going into the fourth. It was still tied at with just under four minutes to play. But Benton finished strong to get the victory.

Stanford, Malley and Stewart all stepped up on the offensive end in the second half.

Stanford sank two 3-pointers and scored all 13 of her points. Malley scored nine and Stewart seven.

Anderson had five points in the fourth quarter. She was 8-of-13 from the free throw line in the game.

The Lady Tigers withstood a 23-point outburst by Natchitoches Central’s Nia Hardison. She scored 14 in the second half.

Tyrenisha Bowers added 19 points for the Lady Chiefs, who finished the season 11-9.

At Parkway, the Lady Panthers jumped out to an 18-4 first-quarter lead and extended it to 36-12 at the half. Aniya Russell sparked the fast start with eight points in the first quarter.

At Hahnville, Airline hung with the Lady Tigers early, leading 14-13 after a quarter. Up 16-15 early in the second, Hahnville took control with a 20-0 run.

Kori Rice and Toria Brocks led the Lady Vikings with 20 and 16 points, respectively.