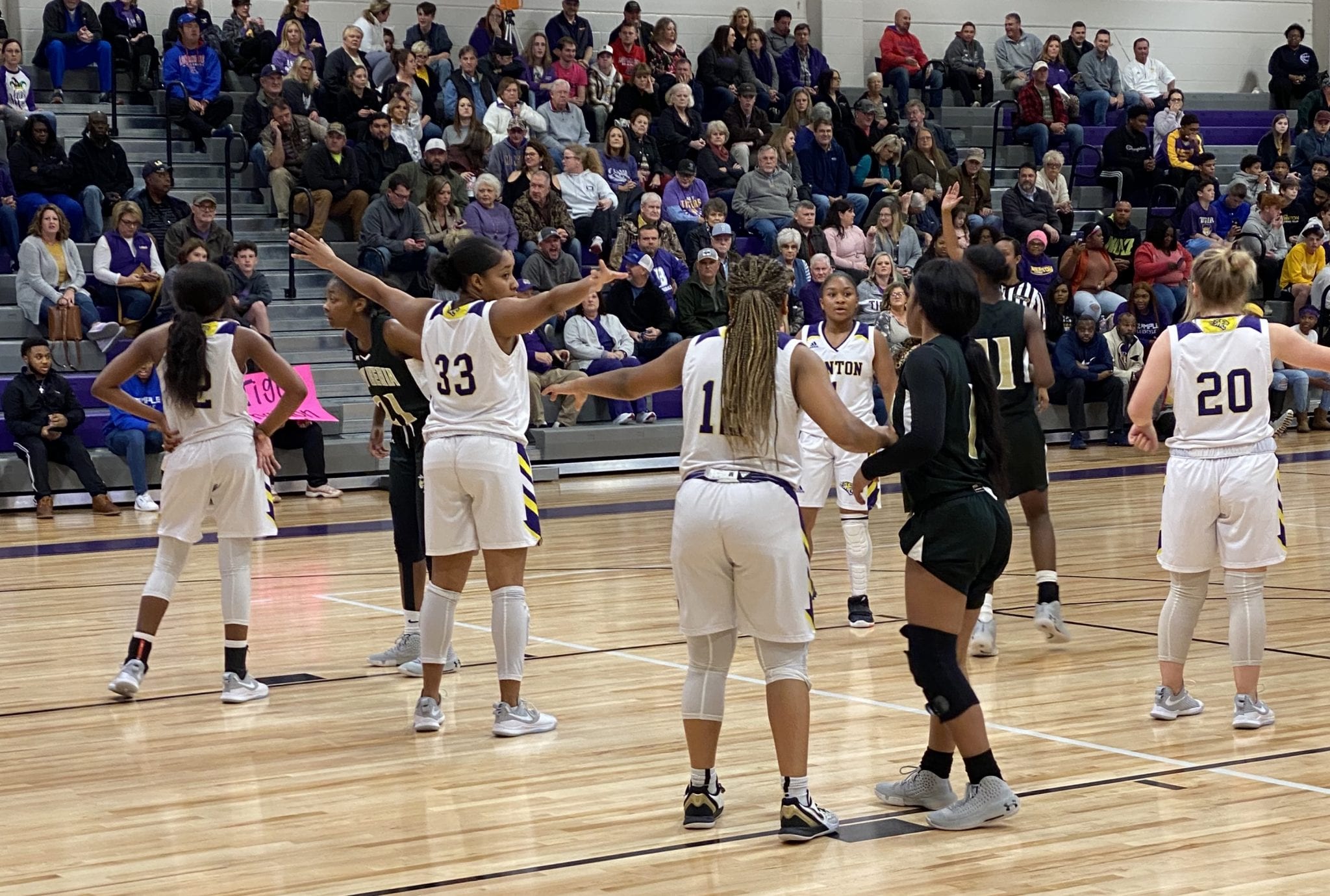 Parkway’s victory was its first in the playoffs since the 2011-12 season. It was also the first home playoff game since a second-round game that season.

Airline was the only parish team that lost, but the No. 32 seed Lady Vikings gave a good account of themselves. Airline was tied with No. 1 Ouachita Parish at 30 at the half, but the Lady Lions pulled away in the second for a 67-51 Class 5A first-round victory in Monroe.

At Benton, the Lady Tigers jumped out to a 20-5 first-quarter lead and cruised from there. Benton also scored 20 in both the second and third quarters and led 60-17 going into the fourth.

Qua Chambers led the Lady Tigers with 22 points. She scored 10 in the first half and then added 12 more in the third quarter.

Jada Anderson scored 15 of her 17 in the first half. Alisa Harris led eight other Lady Tigers who scored with eight points.

At Parkway, freshman Mikaylah Williams poured in 30 points to lead the Panthers.

With her team trailing 6-5 early, Williams hit the first of her three first-half 3-pointers to put Parkway up 8-6. The Lady Panthers had leads of nine points in the first and second halves.

Three-point shooting kept Fontainebleau within striking distance in the first half. The Lady Bulldogs made four and trailed 27-20.

Fontainebleau cooled off from long range in the second half, hitting only one more 3. But the Lady Bulldogs were able to rally as Parkway also had trouble scoring.

Fontainebleau’s Brynn Lange sank two free throws to tie it at 41 with 2:20 left in the game. Bianca Oliver made one of two free throws 24 seconds later to put Parkway back in front.

Parkway’s Sh’Diamond McKnight then made one of the game’s biggest plays. She went high to intercept a pass tipped by Williams and drove nearly the length of the court for a layup to give Parkway a 44-41 lead.

McKnight then drew an offensive foul. Williams hit a baseline jumper to put Parkway on top 46-41 with 44 seconds left.

After McKnight fouled out going for a steal, Lange made a pair of free throws to get her team back within three with 33 seconds left. The Lady Panthers ran 17 seconds off the clock before Williams was fouled. She hit both free throws to put Parkway back up by five.

Fontainebleau missed a 3 and Williams sank two more free throws for the final margin. She was a perfect 6 of 6 from the line in the final quarter and 11 of 13 in the game.

Parkway closed the game with a 9-2 run.

“We wanted them to kind of open up and come up and defend us and so when they did that we knew we were going to win. Fontainebleau is a disciplined team.”

Bossier scored only nine points in the first quarter and trailed by three. The Lady Kats picked up the pace offensively in the second and led 25-24 at the half.

Marshall scored nine points in the third quarter and Bossier took a 39-36 lead into the fourth.

The Lady Kats led by six about halfway through the fourth. Pine Prairie got within two with 21 seconds left but Bossier pulled out the victory.

Kameron Allen led Pine Prairie (21-12) with 30 points, including 12 in the fourth quarter.

Plain Dealing will travel to Lebeau to play No. 1 North Central (19-7) in the second round. The Lady Hurricanes received a first-round bye.