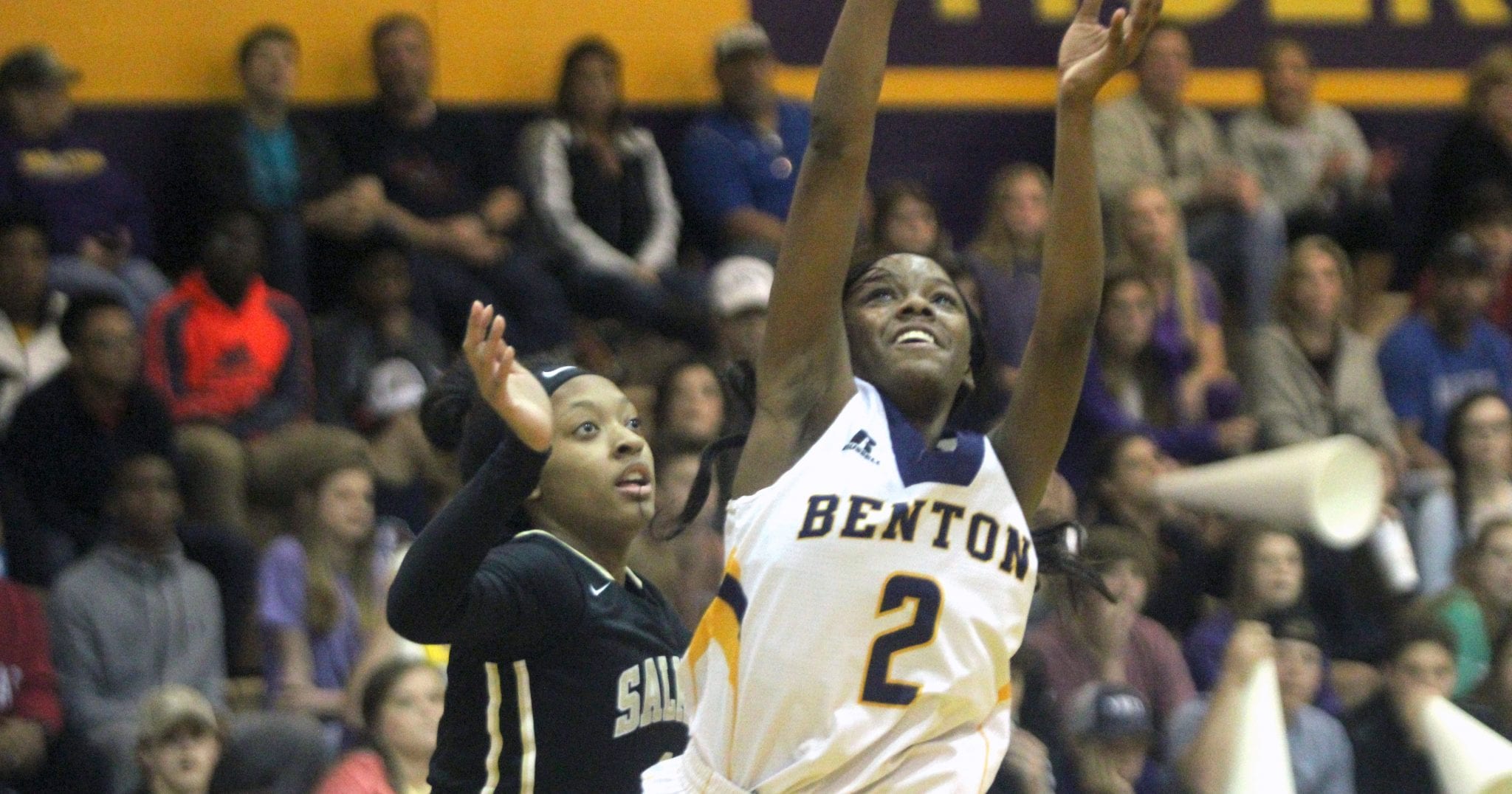 The Benton Lady Tigers almost pulled off their second straight upset in the Class 4A playoffs Monday night at Benton.

But it wasn’t meant to be.

The No. 25 seed Lady Tigers cut a 13-point Salmen lead to one late in the fourth quarter before falling to the No. 9 seed Lady Spartans 56-49.

Benton, which knocked off No. 8 Carencro in the first round, finished 18-15 with a lineup filled with freshmen and sophomores. Salmen improved to 23-10.

The Plain Dealing Lady Lions also saw their season come to an end Monday. The No. 13 seed Lady Lions lost to No. 4 North Central 64-44 in the second round of the Class 1A playoffs in Lebeau.

Plain Dealing trailed by just five at the half, but North Central (28-5) hit several 3-pointers in the third quarter and extended the lead to double digits.

Plain Dealing, which also has a team with mostly underclassmen, finished 15-12.

At Benton, the Lady Tigers trailed 33-19 with 3:42 left in the third quarter when Salmen coach Panos Bountovinas was hit with a technical foul.

That got the crowd fired up and the Lady Tigers seemed to feed off that. Sophomore Emily Ward hit both free throws and then scored for a four-point possession.

Benton turned up the defensive pressure, forcing turnovers and limiting the Lady Spartans to one shot.

The Lady Tigers went on a 12-1 run to cut the Lady Spartans’ lead to one with 3:31 left in the game. But Salmen answered with a basket inside. Benton had a couple of chances to get back within one or tie but couldn’t do it.

Salmen got a layup off a turnover to go up 48-43 with 1:50 left and Benton got no closer than four the rest of the way.

The Lady Tigers trailed the entire game. The Lady Spartans took almost the final two minutes off the clock in the first half before hitting a 3-pointer with 7 seconds left for a 25-16 lead.

Salmen made effective use of its quickness and speed. The Lady Spartans had success driving to the basket for layups. Salmen also forced several turnovers in the backcourt, resulting in fastbreak points, in building the early lead.

Freshman Qua Chambers led Benton with 21 points, including 17 in the second half. Ward added 14. Sophomore Abbie Wynn chipped in with 10.