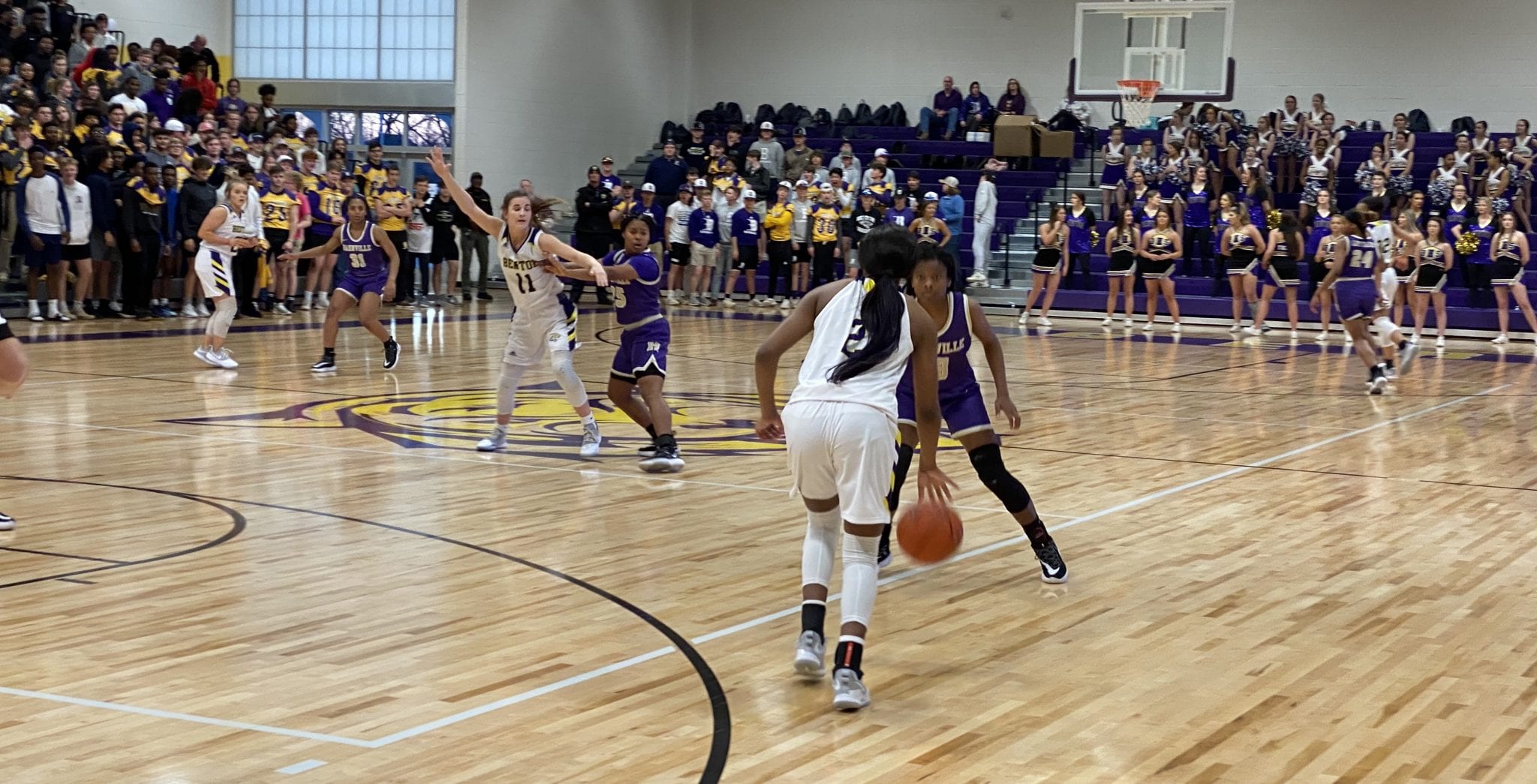 The Benton Lady Tigers are headed back to Marsh Madness.

In their third straight dominating performance in the Class 5A playoffs, the No. 2 seed Lady Tigers routed the seventh-seeded Hahnville Lady Tigers 75-46 in a quarterfinal game before a large and enthusiastic crowd at Benton.

Benton (27-5) will face District 1-5A foe and No. 19 seed Natchitoches Central in the semifinals next week at Burton Coliseum in Lake Charles. The Lady Chiefs (18-11) defeated No. 6 Sulphur 40-37 in their quarterfinal game.

Benton and Natchitoches Central split district games in the regular season. The Lady Chiefs won 60-56 on Jan. 14 in Natchitoches and the Lady Tigers won 61-37 on Feb. 7 in Benton.

Benton is headed to the Allstate Sugar Bowl/LHSAA Girls’ Marsh Madness state tournament for the third straight year. The Lady Tigers reached the Class 4A semifinals two years ago and were the 4A runner-up last year.

“I think any time you’re playing in the state tournament that’s an unbelievable accomplishment,” Benton head coach Mary Ward said. “And for us to do it three years in a row, that says a lot about our program and our girls, how we’re just kind of rebuilding. The younger kids are learning from the older kids. We’ve just got a really great cycle going on with our team. Everybody on the team is stepping up. It’s just a great atmosphere.”

Benton jumped on Hahnville (27-5) from the start and the Lady Tigers didn’t take their foot off the gas.  Benton led 16-7 after the first quarter and 37-18 at the half.

Senior guard Qua Chambers scored 18 of her game-high 27 points in the first half. She added 10 more in the third quarter.

Junior guard Jada Anderson scored 15 of her 19 points in the second half, including 11 in the fourth quarter.

Ward said she was nervous after watching Hahnville on film the last few days. But she also knew that her team possessed something that would likely cause problems for the South Louisiana Lady Tigers.

“I was definitely nervous before the game because they do a lot of full-court press,” she said. “They do a lot of man-to-man defense. But my assistant coaches and I just kept saying, ‘I don’t know if they’ve seen anybody with as much quickness as us.’

“When we get after it on defense it’s our best offense. Tonight we were clicking on all cylinders and jumped out at the beginning. I think they were kind of a little shell-shocked. It’s also kind of intimidating in our new gym with our band and our pep squad and tons of fans. It was a pretty awesome environment for a high school girls basketball game. That’s for sure.”

While Chambers and Anderson have deservedly gotten most of the attention this season, Ward said Benton wouldn’t be headed to another state tournament without the contributions of the team’s role players.

“I think that’s kind of been the story of our success the last couple of years,” she said. “We’ve had one-two punches. Last year, we had a one-two-three punch with Emily (Ward), Qua and Jada. This year it’s been Qua and Jada. But it always goes back to it is a team.

“And we’ve got Alisa. When Qua and Jada are getting a lot of attention she usually steps up and does scoring. And she’s just that extra person who steps up and doesn’t get a whole lot of credit but she’s vital to our team.

“And then we’ve got a little freshman Marissa Schoth that’s stepped up. We really don’t need her to score that much because we’ve got Qua and Jada and Alisa. All we need her to do is be that tenacious defensive player. And she has accepted that role and just excelled in it. And it’s just getting better and better every time.

“That’s why we’re good. Everybody knows their role and everybody tries to the best of their ability to do their role. And when you do that. You can win as a team.”

Kori Thrash led Hahnville with 12 points. Yelah Moses, one of Hahnville’s top scorers on the season, had five.

The game was physical early. Hahnville had eight team fouls in the first quarter and Benton five.

A testament to the Lady Tigers’ quickness, Benton went to the free throw line 29 times in the game and made 20. Anderson sank 9-of-10.