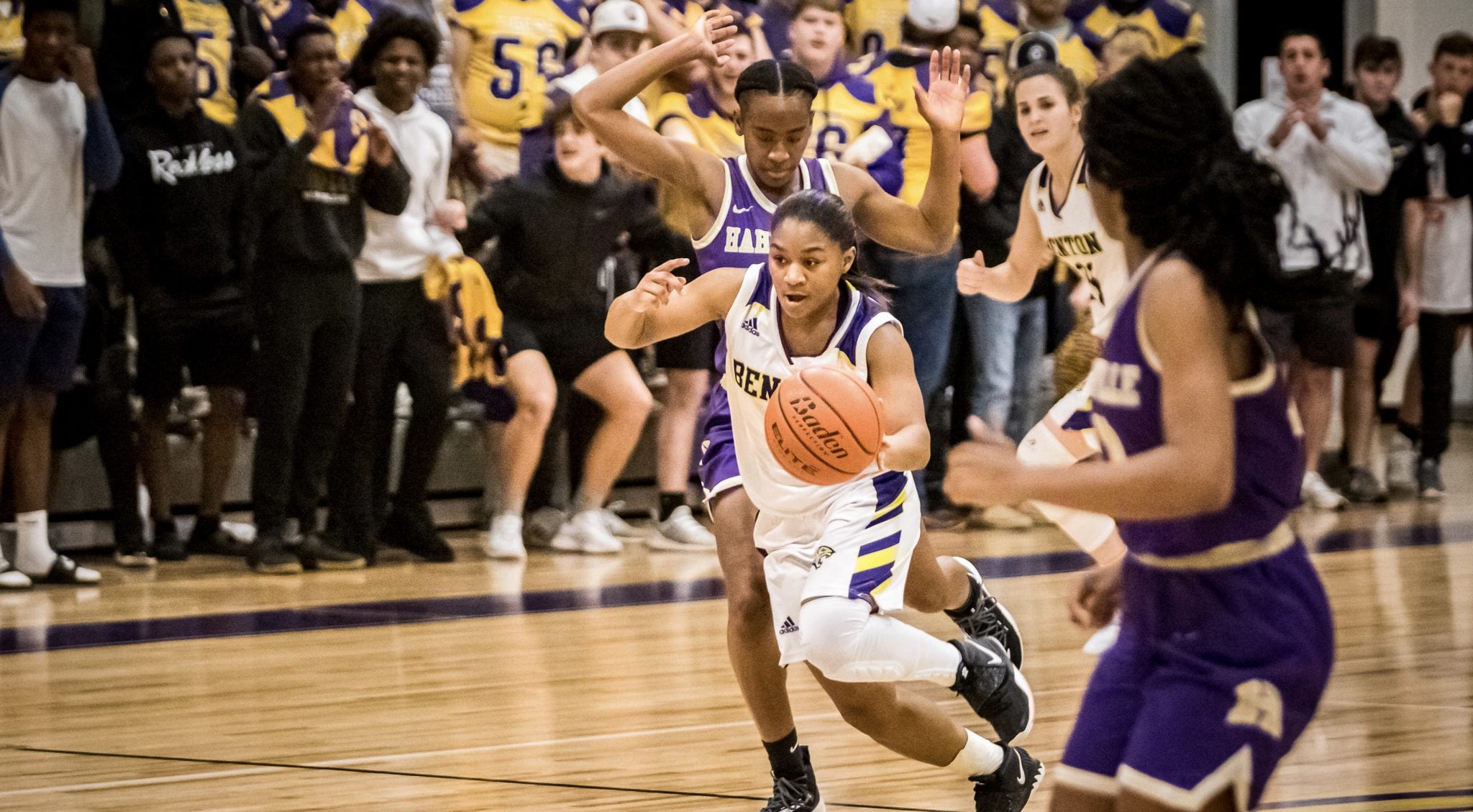 It will be No. 1 vs. No. 2 for the Class 5A state championship Friday night at the Allstate Sugar Bowl/LHSAA Girls’ Marsh Madness state tournament at Burton Coliseum in Lake Charles.

For the second game in a row, the Lady Tigers will be playing a team they know something about.

In the semifinals, Benton defeated District 1-5A rival Natchitoches Central 63-39.

Benton won 57-50 in the Battle on the Hardwood Classic on Nov. 22, the Lady Tigers’ second game of the season.

Ouachita Parish won 62-52 on Dec. 14 in the finals of the Benton tournament.

Benton is playing for a state championship for the second straight year. Last year, the Lady Tigers fell to Warren Easton 58-49 in the Class 4A title game.

Ouachita Parish has won eight state girls basketball titles, but the last one was in 1953.

Benton carries a 13-game winning streak into the game. The Lady Tigers haven’t been challenged in the playoffs. Their average margin of victory is 28.5 points per game.

Ouachita Parish has won 10 in a row. The Lady Lions have had to battle in their four playoff games.

In the semifinals, Ouachita Parish survived a game-tying 3-pointer with 3 seconds left that sent the game into OT.

Ouachita Parish features 6-footer Lafaedria Green. The Lady Lions have plenty of other offensive threats, though.

In the second meeting between the teams, Tia Perry led Ouachita Parish with 15 while Cambria Hargrave and Skylar Buie had 13 each. The Lady Lions built a big lead and led 47-30 after three quarters.

The Lady Lions’ other losses were to Class 3A finalist Mansfield, Division III finalist St. Thomas Aquinas and Ponchatoula. Of course, they avenged the latter in the semifinals.

Benton’s success hasn’t been due to Chambers and Anderson only.

Freshman Marissa Schoth, sophomore Jada Stewart and senior Alisa Harris, all starters, have also made significant contributions along with the the Lady Tigers’ bench.