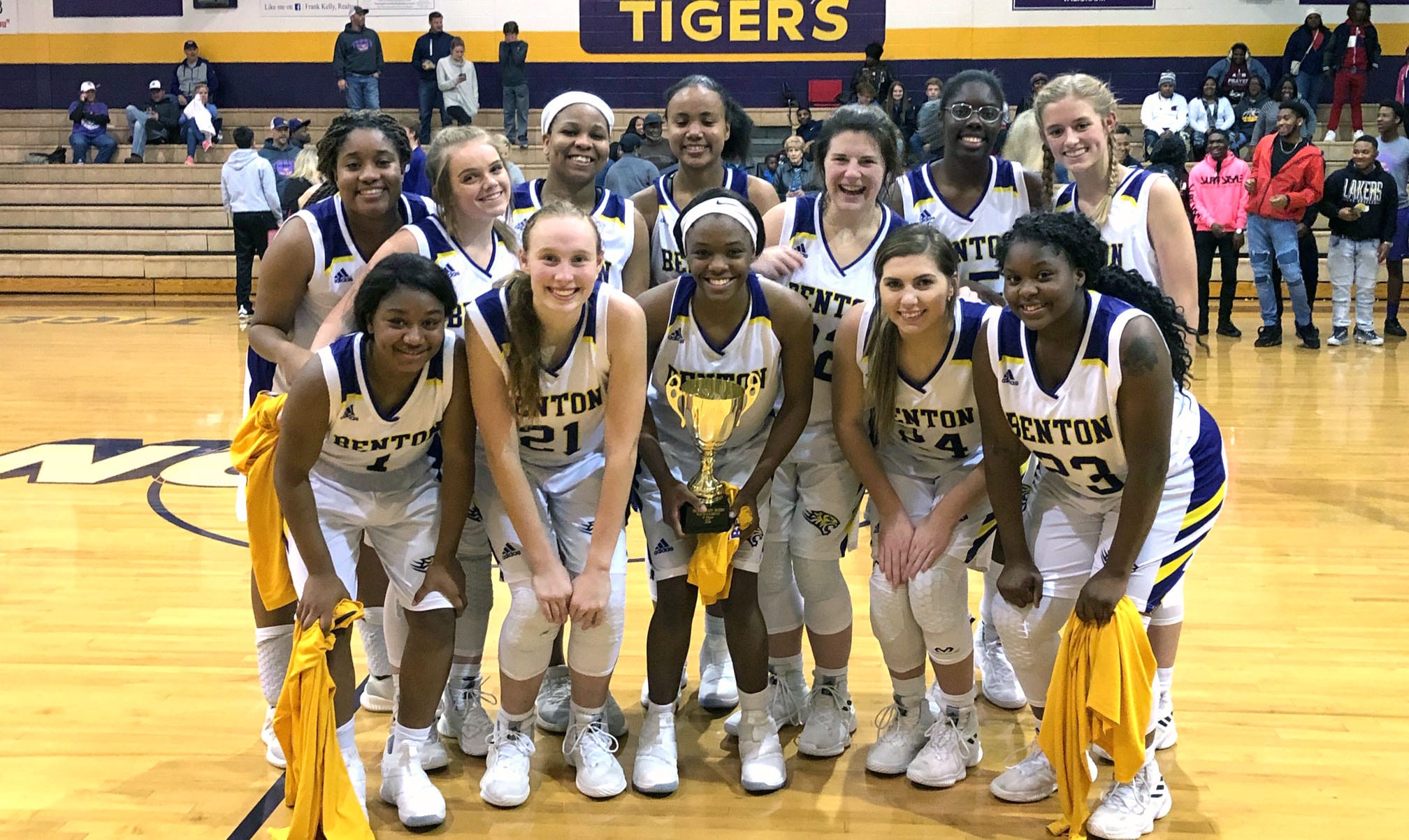 Benton jumped ahead early and kept the lead, but Ouachita Parish trailed by just five going into the fourth quarter.

Senior guard Qua Chambers scored 14 of her game-high 26 points as the Lady Tigers outscored the Lady Lions 28-16 in the final period.

Senior guard Emily Ward, named the tournament MVP, scored seven points in the fourth. She had 11 of her 23 points in the first half, helping Benton build a 32-25 lead.

Junior guard Jada Anderson added 12 points. Anderson and Chambers were both named to the all-tournament team.

Benton improved to 12-0. Ouachita Parish, a Class 5A quarterfinalist last season, fell to 9-3.

Tia Perry led the Lady Lions with 17 points. She hit four 3-pointers and scored 15 in the first half.

The Parkway Lady Panthers fell to Loyola College Prep 52-37 in the consolation finals.

The Lady Panthers trailed just 27-24 at the half but managed only four points in the third quarter. Loyola took advantage and led 41-28 going into the fourth.

Anwaar Shihadeh led Airline (5-8) with 18 points with 15 of those coming in the second half. She hit two 3-pointers in the third quarter as the Lady Vikings extended a two-point lead to five going into the fourth quarter.